Despite the noise over Dr. Joseph Mercola's vaccine opinions, the company that bears his name continues to thrive.

Core challenge. Googling the name of company founder Dr. Joseph Mercola can open a rabbit hole of coronavirus misinformation chatter and debate. At the same time, the company is grappling with industry consolidation, inflation and a potential recession.

What’s next: Mercola celebrates turning 25 this year, with a turn toward biodynamic food and regenerative agriculture.

Steve Rye grew up on a South Dakota dairy farm, where he loved unpasteurized milk and cheeses. He says he can’t stand the taste of store-bought milk.

Yet Rye, when he lived in Chicago in the late 1990s and early 2000s, working in software development, had trouble finding his preferred dairy. Mainly because it was illegal to sell unpasteurized milk.

Rye eventually found a source in a parking lot of a family medical practice run by Dr. Joseph Mercola outside Chicago in Schaumburg, Illinois. Mercola would go on to become a health products entrepreneur with national notoriety — and scrutiny — for some of his anti-vaccination views, articles and books, especially in the COVID-19 era.

But it was there in that parking lot, Rye says, where some Amish farmers from across the border in Wisconsin came to town — covertly — to sell a variety of non-pasteurized products. The farmers met up in Mercola’s parking lot, in a raw farmers’ market of sorts, which Mercola, Rye says, set up to help his patients have easy access to natural dairy.

An osteopathic physician, Mercola had been operating a successful clinic, with some 50 employees who saw hundreds of patients. Mercola also sold health food and natural products online, a much smaller operation back then, in the early stages of the dot-com boom. Plus the raw milk. “That was my introduction to Dr. Mercola,” Rye says. “He needed help with some (technology) work and one thing led to another.”

Rye started working for Mercola, on the health products website side, in 2004. The physician launched the business in 1997, and when Rye got there it was a tiny fraction of what it would become. “Those first couple of months,” Rye says, “we were having meetings around an eight foot table.”

Today Mercola, based in Cape Coral, where it moved to from Illinois in 2017, is at unusual crossroads as it readies to turn 25 years old in August.

On one side, it’s a thriving multimillion-dollar holistic medicine and natural health business, with 150 employees in Lee County, 70 in the Philippines and 60 more spread across three fulfillment centers. Mercola.com, a company spokeswoman says, provides health information in a dozen languages for 10 million readers worldwide. Rye is now CEO, a post he was named to in 2008.

The company has also grown its presence significantly in Cape Coral. It opened its first-ever retail store, the Mercola Market & Café, in April 2021 on the ground floor of its headquarters. In addition, between its rooftop and carport, the Mercola campus houses more than 950 solar panels that produce nearly 400 kilowatts of energy. Transferring to solar power, a $1.3 million project, fulfills most of the company's renewable energy needs, the spokeswoman says.

On the other side, in the views of several national media publications and medical and health care industry websites, Mercola himself tars the business. His books and statements over decades lean heavily against vaccinations and giant pharmaceutical firms — something he readily admits. The New York Times, in a widely shared October 2021 story, called Mercola “the most influential spreader of coronavirus misinformation online.” The sub-headline to the story states: “Researchers and regulators say Joseph Mercola, an osteopathic physician, creates and profits from misleading claims about COVID-19 vaccines.”

The Times story centered on Mercola’s No. 1 ranking on a “Disinformation Dozen” list published a British and U.S. nonprofit, the Center Countering Digital Hate. In a 40-page report published in March 2021, CCDH says those 12 people were responsible for sharing 65% of all anti-vaccine messaging on social media.

In addition to newspaper stories, Mercola’s COVID-19 vaccine videos were blocked and taken off YouTube and Twitter. Mercola, in a written response to the Business Observer, says the attacks against him are designed to stifle debate. Also, in interviews, Rye and Mercola Chief Business Officer Ryan Boland stress much of what Mercola said about the vaccines, especially regarding the inability to generally slow COVID-19 spread, has proven true.

Mercola CEO Steven Rye’s recounting of how and why the company moved from Illinois to Florida five years ago could be an ad for any Florida economic development agency. The health care products firm moved to Lee County in 2017.

“Conditions in Illinois were getting really difficult for small and medium sized businesses. They were creating favors for bigger companies, like Boeing, Caterpillar and McDonald’s, but for small businesses, the property taxes and general conditions were getting so difficult to really survive,” Rye says. “We were looking for other places and to go. And most companies see Texas and Florida as more business-friendly place to be.”

“People on all sides have realized there is a coordinated attempt to suppress free speech,” Mercola says. “The Center for Countering Digital Hate is just another front group funded by dark money — another tool in the elitists’ shed. Debates used to be encouraged and conducted respectfully, but now groups are created to polarize and program the masses, to the point they are willing to sacrifice free speech more than ever before.”

Mercola also faced backlash from the federal government prior to the pandemic. He’s been issued at least three warning letters from the FDA going back to 2005 for selling unapproved health products. And in 2016, the Federal Trade Commission provided $2.59 million in refunds to customers who bought Mercola-branded tanning beds after Mercola claimed the tanning beds would not cause skin cancer.

Mercola disputes the FTC’s findings. The Mercola spokeswoman, in a separate statement, says “the phototherapy light systems he sold provided UVB light to increase vitamin D levels. These systems are typically provided in dermatology offices, and the interim U.S. Surgeon General at the time was a dermatologist who pressured the agency to act. Mercola offered to refund the customers as there was no other recourse.”

Mercola maintains an office in Mercola’s headquarters, but spends most of his time where he lives, outside Daytona, the spokeswoman says.

The City of Cape Coral, meanwhile, awarded Mercola $132,000 in performance-based incentives for new jobs in 2019, retroactive to 2018.

At the height of the Mercola-vaccine controversy, there was talk among some Cape Coral city officials about removing the company’s name from the web page where the city promotes local headquarters. City councilman Tom Hayden says no action was taken on that chatter, and he doesn’t expect it to come up again. “He said some things that were controversial,” Hayden said in a July 14 interview with the Business Observer, “but as far as I’m concerned, that’s his opinion.”

Hayden hasn’t heard any negative comments from constituents or fellow council members in recent months on Mercola. And he notes that with its 150-person payroll, community involvement and local events, Mercola the company is a solid corporate citizen. It acquired its current 60,000-square-foot facility for $3.7 million in 2016, and has since spent some $2 million on renovations and equipment, including the solar panels.

While quick Google searches can lead to one side of Mercola’s career, the less-seen side is what Rye and Boland oversee. They have a twofold focus: navigate the firm through high-inflation and recession-like times while making headway on growing the biodynamic food side of the business.

Biodynamic food, the company says, also called regenerative agriculture, is a “conscious, holistic, soil-first approach to farming that naturally draws carbon from the atmosphere and stores it into the ground.”

Rye says concentrating on regenerative agriculture also fits with a core company goal: to improve people’s health. “If you look at the health of the United States,” Rye says, “there’s a lot of room for improvement.”

The business side of regenerative agriculture makes sense for Mercola, too. Rye says most of the revenue growth at the business comes from new products and categories. The company currently has a host of product lines and sub-brands, including supplements; pet supplements and food; organic skincare and personal care; sports nutrition; and biodynamic cotton textiles.

“Everything we create has to set a precedent in terms of highest quality and unique offering that matches customer demand,” Rye says. “That’s what we strive for.”

Mercola has been growing revenue about 10% to 15% a year Rye says, which he calls aggressive but “generally manageable.” He declines to provide specific figures. “We look for consistency and manageable growth more than anything else,” he says. “If you try to catch what’s flashy that’s when you sometimes get into trouble.”

Rye eyes two big current challenges. One is food industry consolidation and the impact on vendors, suppliers and customers when one or two giant players own a large swath of the sector. He cites Nestlé, which owns dozens of global brands and has been acquiring more. “What tends to happen,” Rye says, “is that type of influence is really damaging for anyone trying to create a business or manage a small growing business.”

No surprise, the other looming challenge is inflation and a looming recession, something, Rye says, “you have to take seriously.” The company is contemplating price hikes on some products, and recently shifted its shipping strategy, to incentivize customers to buy more products but less frequently — the anti-Amazon Prime approach. The company will pay for shipping when a customer meets a certain price threshold.

Overall, Rye believes the company’s focus on health and wellness will be an ally in the coming months and years. “People taking care of themselves will still be a priority, even in inflation or a recession or a combination of both,” he says. “I’m confident we will do well, but you do have to make some changes.” 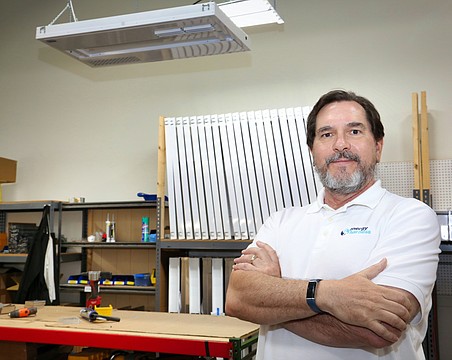 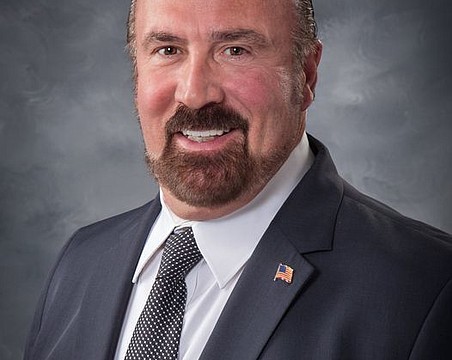 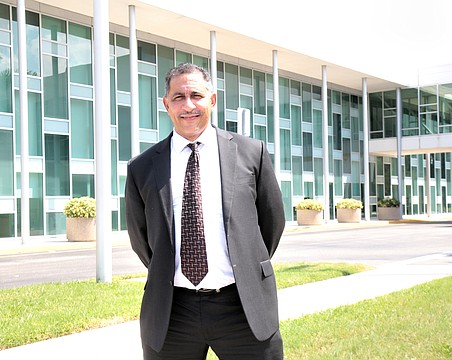 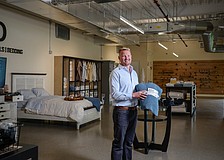 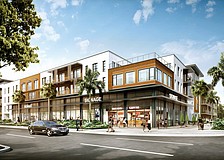 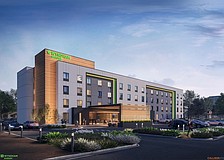 A Nod to Vets 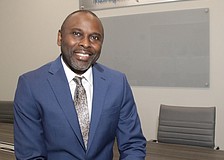 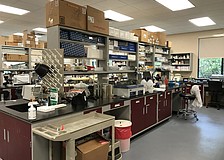