EXECUTIVE: Lauren Hughey is the director of donor engagement at the Community Foundation of Sarasota County, a post she's held since August 2016. She's also a co-founder and an active executive with Pip & Grow, a Portland, Ore.-based company that manufactures the Smitten Sleep System — a bassinet box designed to reduce the risk of SIDS.

DIVERSION: A 10th generation Texan, Hughey is a global adventure traveler. She doesn't go on trips to do the adventures there, such as running with the bulls in Pamplona. Instead, Hughey, 35, travels for the passion of exploring. Paris and London, Geneva and Barcelona — she's been there, done that. Those places, while nice, says Hughey, can't compare to Istanbul or something like Gruda, Croatia, a tiny town with a population of 753 people on the Montenegro border.

STAY THRIFTY: Hughey's trips are paid for with savings, and she scours the internet for online deals, both for travel and accommodations. “I like going off the beaten path,” she says. “If you go to a place where people don't vacation, you get to have a different experience.”

GROWING UP: Hughey got the travel bug at an early age. First there were family trips to Mexico. Later there were jaunts to the Netherlands, where the large family rented powerboats big enough to sleep everyone. Hughey's mom, she says, taught her how to open up and connect with locals when she travels, while her stepmom taught her how to appreciate local cuisine. “My dad pushed me out of the nest when I was in college and made me go to Europe by myself even though I was terrified,” she says. “I thanked him later for teaching me to travel on my own.”

DOWN SOUTH: Cuba, which Hughey visited in 2013, was one of her favorite trips. She stayed with a gregarious host, who showed her some parts well off the grid. She also survived a bout of food poisoning, and despite that obstacle she would return given the opportunity. Cuba, she says, “gets into your soul in a way that I've rarely experienced. It becomes part of your being.”

SURVIVAL TIME: A trip to the Dominican Republic a few years ago gave Hughey a rare “this-is-it moment,” she's encountered in her world travels, where she was consumed with fear. (Her this-is-it moment, impressively, wasn't when she was in bed in a thatched-roof hut in the Dominican Republic, watching what she called “spiders the size of CDs” crawl all around her.)
It was later in the trip, when she and her traveling partner got lost on a hike. “We weren't out in Punta Cana,” Hughey recalls. “We were out in the peninsula, in a fishing village. We were lost in a farm. We went two hours without seeing a human.”
As the sun went down, Hughey finally saw a human. He was an elderly man, who in Spanish, she says, told them to “watch out for men with machetes.” Soon after that, they found a road, and a man on mini-bike driving along. He gave them a ride — three people on the mini-bike — into town.

NEW VIEW: While Hughey loves both her jobs, particularly her work with the community foundation, she says if she could do anything else, “I would be a travel writer.” Hughey says traveling has provided a life perspective that's made her a better person, friend, entrepreneur and human being. “When you really get to meet people, you realize we are all the same,” she says. “We all want food, we all want shelter, and we all want to be loved.” 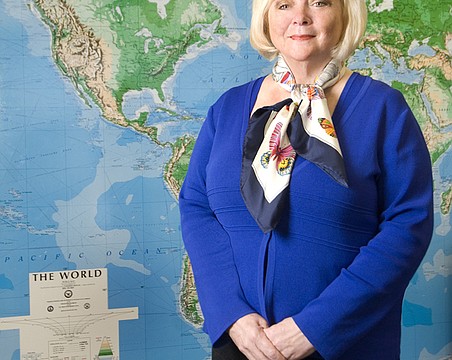 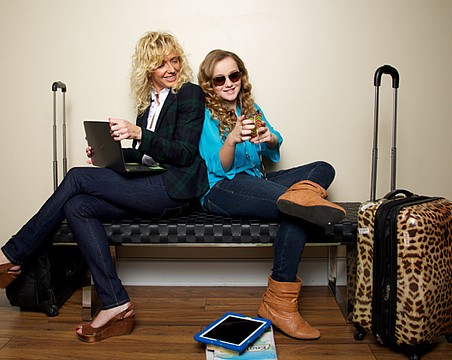 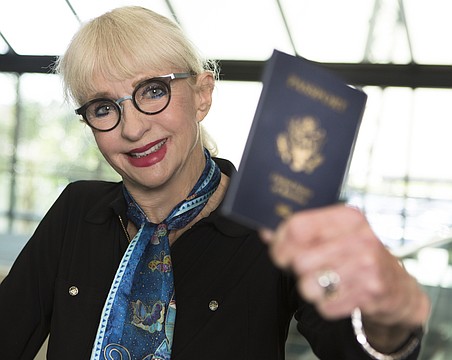 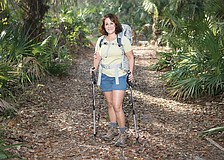 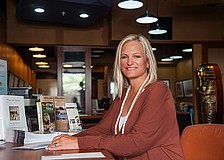 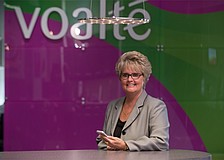 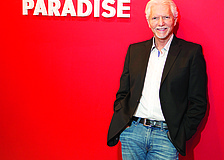 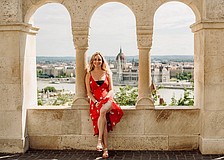 Manager takes international trip by herself each year