EXECUTIVE: Dr. Jonathan Daitch, founder and head practicing physician of Advanced Pain Management & Spine Specialists in Fort Myers. The 65-employee practice is a multidisciplinary pain management clinic that treats acute and chronic pain, in addition to other debilitating pain conditions. Daitch, 59, won the 2016 Physician Award for Citizenship and Community Service from the Lee County Medical Society. A major in the U.S. Air Force Medical Corps who served in the Gulf War, Daitch founded the practice in 2001.

DIVERSION: Daitch, who has played the violin since age 5, is the concertmaster-violinist for the Gulf Coast Symphony. A concertmaster is often considered the second-most important musician in an ensemble, and in America the position is usually called first chair. Daitch says his role is to be like a second conductor, helping guide the musicians through the performance. “The conductor is the face of the orchestra,” he says, “but the concertmaster is the second face of the orchestra.”
Founded in 1996, the all-volunteer Gulf Coast Symphony is a mix of retired musicians and teachers who relocated to Southwest Florida, and professionals, from doctors to accountants, who play music on the side. The Gulf Coast Symphony performs often at the Barbara B. Mann Performing Arts Hall in Fort Myers, doing about 12 shows a year, and has played everything from Gershwin to “The Nutcracker.”

SUMMER CAMP: Daitch got hooked on the violin when he was a boy in Ohio. He eventually took lessons from Samuel Applebaum, a music author and noted violin teacher, who wrote “The Way They Play” series of books. When Daitch was 12, he attended a summer music camp at the Juilliard School in New York City. “It was like the Olympics for musicians,” he says. “You were totally immersed in music. You practiced the five hours a day.” Adds Daitch: “The competition is really inspiring.”

CAREER GOALS: Daitch says he “was a pretty talented violinist” but he knew he wanted a career in medicine, not music. Yet when he moved to the Fort Myers area in 1991, he searched for a part-time music side gig — for love, not money.
He auditioned for the Southwest Florida Symphony, but they had full-time musicians. The community-based Gulf Coast Symphony was the perfect fit. “We have everyone from high school kids to an 80-year-old,” he says. “It's grown in size and stature. We have a really ambitious programming schedule.”

HARD WORK: During season, when the symphony does the bulk of its shows, Daitch says he practices up to 15 hours a week, both alone and with the ensemble. “Music is a big part of my life,” he says. “It's engaging. I get to use a different part of my brain.”

SOUND CLOUD: From when he was 13 until about five years ago, Daitch used a French violin made around 1890, what he calls “a beautiful instrument.” He upgraded to a violin that he says plays with “a larger sound” in 2012. While Daitch declines to say how much he paid for a new instrument, he says some violins run from $20,000 to at least $200,000.

BIG FINISH: One of Daitch's favorite musical works he performed was “The Rite of Spring,” by Igor Stravinsky, which the Gulf Coast Symphony played four years ago. Says Daitch: “That was incredibly difficult because of the rhythm and counting.” About three years ago, the symphony performed Beethoven's Symphony No. 9. “That was a tremendous highlight,” says Daitch. “It required a very large chorus and a very large orchestra. When you get both of those in working together, it's exhilarating.” 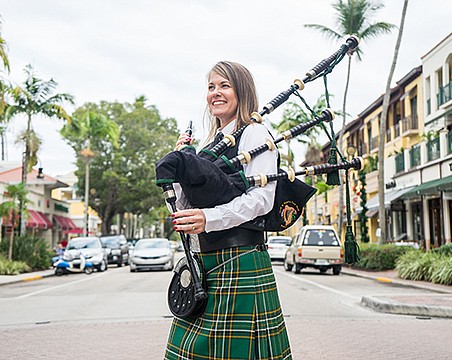 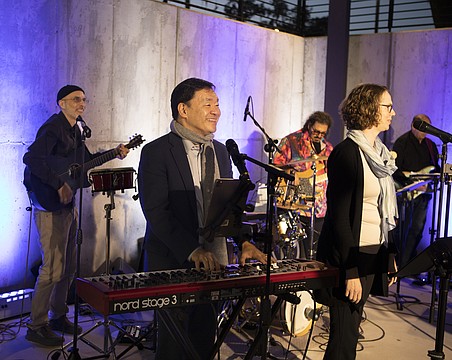 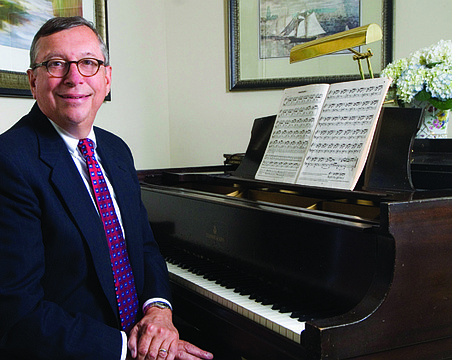 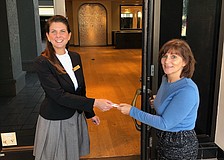 Symphony moves into shopping center for some shows, operations 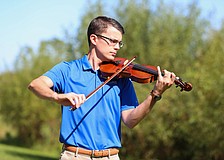 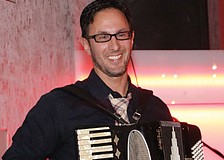 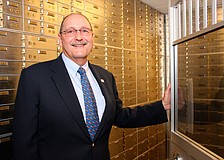