The bank closure list is sure to grow, as the industry's hard times linger. An executive at the helm of one institution that's already met that fate laments what could have been.

When John 'Jed' Wilkinson showed up for work Aug. 6, he was surprisingly optimistic about the day's challenges.

Sure, he was the president and chief executive of a bank in crisis: The institution, First State Bank of Sarasota, lost $21 million in 2008, followed by a $16 million loss in the 2009 first quarter.

It was working under a last-chance directive from federal regulators to raise capital. And the publicly traded bank's parent company, listed on the Nasdaq exchange, had been trading around $1 a share for most of the summer.

Then there was this: First State's Tier 1 capital ratio, which compares the rate of a bank's capital to it total assets, was 1.5% — well below the 8% threshold regulators cite as the mark of a well-capitalized and healthy bank.

Wilkinson, however, a veteran of almost 40 years in community banking, thought he had a good reason to be positive. Just days earlier, he heard from investment bankers hired in May by First State Financial, the bank's parent company.

Wilkinson, meanwhile, knew that he had a group of local investors that were willing to put up about $6 million for the bank. Together, that would be enough to meet the $30 million marker required by the Federal Deposit Insurance Corp. in its corrective action taken against the bank July 20.

But there would be no need for any bank-saving capital. By Aug. 7, Wilkinson would be out of a job, as federal regulators shut down the bank.

In an interview with the Review, Wilkinson describes the last few weeks of First State's struggle to survive as a nauseating cycle of highs and lows. Besides the potential capital stake, Wilkinson says First State nearly merged with three banks, including two local lenders, only to see the deals break apart.

'Falling further'
First State was the fourth Gulf Coast-based bank to be shut down by regulators since the banking crisis began in earnest last year; a fifth bank, Venice-based Community National Bank of Sarasota County, was closed the same day. And just about anyone connected to the banking industry, from economists to real estate brokers to bankers themselves, are in unified agreement: There will be more bank failures to come, both in Florida and nationwide.

Wilkinson, a Zephyrhills native who began his banking career in 1970 with a community bank near Winter Haven, pins some of the blame for First State's failure on the “perfect storm” in the industry caused mostly by foreclosures and the recession. But he also puts some of the blame on himself, second-guessing a few major decisions he made over the last two years. (See related story.)

In the end, Wilkinson found himself playing Whac-A-Mole as opposed to running a $450 million bank with nine branches in Sarasota and Pinellas counties. At first, the problems were mostly contained to residential and commercial real estate in Sarasota.

But the situation began to tumble, both in raw numbers and geographically, when a pool spa manufacturer in Pinellas County defaulted on a $5 million loan it held with First State early last year.

“It all just started falling further and faster,” says Wilkinson. “Just as we would identify one problem, another would come up.”

Taken in total, the story of First State's demise is something of a cautionary tale for bankers peering ahead to the rest of 2009 and into next year. The bank's saga can also serve as a warning notice to nearly any company about the pitfalls in growing too fast and taking too many liberties with a sound business plan.

'Unscheduled appointment'
But on Aug. 6, Wilkinson wasn't thinking about a postmortem of First State, the bank he had been running since April 2007. Instead, he dialed into his weekly conference call with the Florida Office of Financial Regulation at 10 a.m. that day.

The weekly calls had been going on since late spring, part of the bank's regulatory watch as the recession intensified. As a state-chartered bank, the OFR was the lender's primary regulator, working in concert with the FDIC.

The officials in Tallahassee on the other end of the line, according to Wilkinson, included acting OFR director Linda Charity. Through an OFR spokesperson, Charity declined to comment for this story, citing confidentiality provisions in the Florida Financial Institution Code.

Wilkinson says he told Charity and the other regulators on the phone about the potential investment the bank was close to landing. Wilkinson says he also reminded the regulators that the FDIC's July 20 corrective action gave the bank 90 days to come up with the $30 million and return to “well-capitalized status.”

Charity, according to Wilkinson, acknowledged his statement that the bank was close to securing capital. While Charity declined to comment, other bank executives in the Sarasota-Bradenton region say that many calls go the same way: A banker might say he has, or almost has the capital, but the OFR or any other regulator can't really do much until the money is literally in the bank.

Charity, however, did tell Wilkinson during that phone call that some OFR and FDIC officials would be visiting the bank's Sarasota office early the next morning, a Friday. It would be an unscheduled appointment.

Game over, and Wilkinson knew it.

He hung up the phone knowing the regulators were hours away from shutting down First State. “I knew it wasn't going to be a social call,” quips Wilkinson.

Sure enough, on Aug. 7, the bank was closed. St. Cloud, Minn.-based Stearns Bank took over $387 million in First State deposits and bought $451 million of its assets.

OFR spokeswoman Holly Hinson, in e-mail response to Review questions, said the decision to shut down First State was “taken only as a final and necessary resort.”

Wilkinson drove from First State's Sarasota headquarters that afternoon to his St. Petersburg home with the experience of the past year gnawing him. “Nobody wants to be the captain of the ship when it goes down,” says
Wilkinson. “Nobody wants that on their resume.”

Out of time
Wilkinson, however, is determined to not let the First State failure become his banking epitaph. Even though he's 61 years old, with a wife who's already retired and a beach house on Anna Maria Island, Wilkinson says he's determined to get back into the game, sluggish banking market notwithstanding.

“I'm not ready to retire,” he says. While he plans to do some consulting work, he would really like to run a bank again.

Wilkinson joined First State in 2002, initially to run the commercial lending unit. He had spent the previous 15 years at South Trust and Southeast Bank.

When Wilkinson joined First State, the bank was in six offices with $140 million in assets. In the next three years, he led the bank's lending unit through a growth spurt.

By the spring of 2007, when Wilkinson took over as president and chief executive, he thought First State was primed for even more success. It was one of the best performers on the Gulf Coast in terms of assets, net income and return on equity. “We have great confidence that we will continue to be a top performer in our peer group,” Wilkinson told the review in June 2007.

Then the real estate market collapse took hold. “Now all of a sudden there was no funding for development projects,” says Wilkinson. “And our borrowers were stopping short on projects and running out of money.”

For the fourth quarter of 2007, the bank reported its first loss.

But the search for capital, even back then, was like walking a tightrope in a windstorm: Wilkinson knew as early as April 2007 that the bank would have to start dipping into its loan loss reserves, but as the problems in the general economy and industry grew, there was no way to pinpoint a number.

“It was difficult to raise capital because we didn't know how much we needed to raise,” says Wilkinson. “You can't keep going back to the well.”

Other issues began to creep up in the ensuing months. Such as First State's $700,000 investment in Freddie Mac shares in January 2008.

By September, those shares were worthless, as the giant mortgage entity was placed into conservatorship by the federal government.

That was just one example of what Wilkinson points to as the perfect storm of problems that engulfed the bank.

And those problems, coming in a little bit at a time, eventually riddled the bank. At one point, Wilkinson says he considered using his own money to plug some holes.

“But I couldn't Band-Aid it,” says Wilkinson. “Even if I used my own money, I couldn't do it.”

For years, Jed Wilkinson followed the rule of five in getting through his daily executive to-do list: Pick five items that are the most important and turn a laser focus on those tasks.

But now Wilkinson might want to revise his rule of five to a rule of one. That's because Wilkinson, who was president and chief executive of First State Bank of Sarasota before it was shuttered by federal regulators Aug. 7, says he has learned a new lesson about hyper-focusing on a task.

For example, in late 2007 and early 2008, Wilkinson now says he should have done a better job making sure he and his executive staff finished one mission before moving on to another. Instead, none of the problems, in areas such nonperforming loans and capital issues, were totally solved before executives moved on to another assignment.

While Wilkinson says a good portion of the blame for First State's failure falls on general economic issues, he does have some other regrets about his tenure at the bank.

Such as how he would have been quicker to fill some vacant executive positions in April 2007, when the bank's chief executive left to join another institution and some employees followed him. That decision became even more crucial during the 2008-09 banking crisis, as First State was dealing with issues in two distinct markets — Sarasota and Pinellas counties.

Wilkinson, who started in banking in 1970, says he learned one other valuable lesson in First State's demise: Don't ever compromise your principles over competitive issues.

Wilkinson says during the boom it wasn't uncommon to have a potential client at any bank try to dictate loan terms. If a First State loan officer turned down the terms, the client would threaten to go to another bank. So the loan officer might relent and agree to the terms, in order to keep the business.

While Wilkinson says that didn't happen often at First State, it happened enough to be too much. 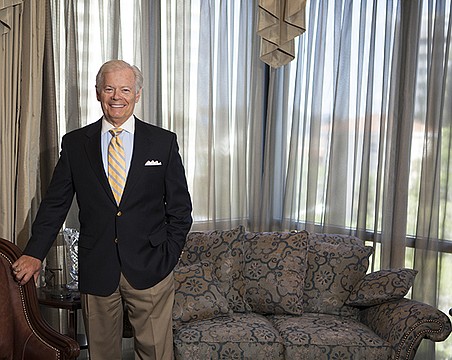 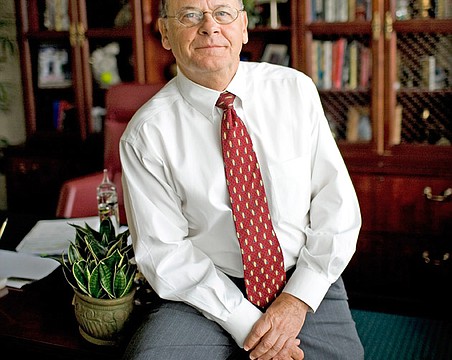 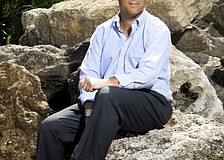 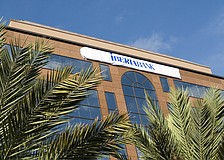 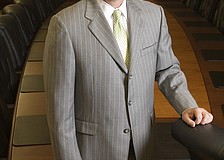 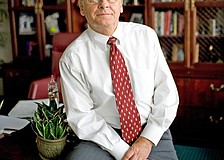