After having a successful heart surgery as a toddler, Nels Matson has been determined to not waste his life. Instead, he runs for causes important to him.

Executive: Nels Matson, managing accountant of BoaLytics LLC, an accounting firm focusing on small businesses. Before owning his own firm, Matson was a senior accountant at Kerkering Barberio in Sarasota. Before that he was an accountant at Goar, Endriss & Walker P.A.

Diversion: Long-distance running. Matson is is a running machine. It was during one of those runs, in 2017, when he decided to go back to the University of South Florida Sarasota-Manatee for a business degree in accounting. Eventually he became a CPA.

Matson seeks to break the fastest recorded run across the United States, held by Pete Kostelnick who ran it in 42 days, six hours and 30 minutes.

It's not the first long distance run for Matson, and it probably won't be the last. He's aiming to break the record in August. And it's more than just running to Matson. He spends time training for runs that will impact others through causes that he's passionate about.

“When you do things like this, you create a platform,” he says. “You get to tell stories from that platform.”

A big heart: Matson, 39, was born with congenital heart defects. He had heart surgery at the age of two. The defects consisted of an Atrial Septal Defect, otherwise known as a hole in the wall dividing the upper chambers of the heart, and three of four of his pulmonary veins were returning oxygenated blood to the right side, instead of the left side of the heart.

With the help of a good surgeon and no complications, Matson says he's dedicated to ensuring his life has meaning; he didn't want to waste the gift he feels was given to him. Matson became interested in wrestling at age seven. He then turned to endurance sports in 2009.

When you’re a wrestler, you spend a lot of time training. So the move to running was natural. “I like the idea of finding where your limit is,” he says, before adding, “I haven’t found it yet.”

Beat the record: The record to beat is running from San Francisco City Hall to New York City Hall — 2,905 miles — in 42 days. He’ll have to run 72 miles a day to break the record. So every day he wakes up at 5 a.m. for a 10-mile run before heading off to work. After the work day, he returns home for another 10-mile run. And then every Saturday he heads to Benderson Park in north Sarasota County for his long run. In November, he was up to 41 miles — a marathon plus 15 miles.

Food as fuel: In order to make it through those longer runs, Matson has to concentrate on what he's putting into his body. Before longer runs, Matson's diet is carb intensive. Afterward, he cools down with a shake made with protein powder, frozen bananas and peanut butter. While he's running, he drinks fruit nectar and coconut water.

Top gear: As anyone can imagine, shoes are also important for Matson's hobby. He agreed to share he wears New Balance Mor V3 shoes — as long as readers don't take over his local stock, as he goes through two pairs each month during training.

The real deal: Like most runs Matson does, this one has a story behind it. A few years ago, his coworker Cindy Campbell gave him a book that detailed her brother’s life as a U.S. Navy Seal who died during active duty. Her brother, Christopher Campbell, had a wish of reaching 100,000 people to donate to the Wounded Warrior Project.

“It just stays in your head,” Matson says. He just knew he had to help in some way so he called Campbell last year and that's how he got involved with Project Campbell’s Call.

Matson says it doesn’t matter how much each person donates as long as he’s able to get 100,000 people to make a donation of any amount. Matson and the team have been promoting the run on social media to local news and by word of mouth. So far, he’s collected 90 donations. “It’s a small start, but it’s a start,” he says.

Hearts without boundaries: This isn’t the first time Matson has run across the country to raise money and awareness for a cause. In 2013, he ran from Bradenton to Washington, D.C. with a plush diplomatic penguin named Diplo strapped to his back. That one was to gain support for children who had been through heart surgery. Along the way, he stopped to meet these children. By the end he had collected 60 signatures on Diplo.

During that run he was tracking 40 miles a day to raise funds for seven children in Cambodia to be able to receive heart surgery through an organization named Hearts Without Boundaries.

Matson’s parents, a person who swam the Mississippi River and someone who had received heart surgery were all there at the end to greet him. “It was neat seeing her there doing well,” he says of the heart surgery survivor.

Slow but steady: Matson keeps a 9:30 per mile pace. “I’m not breaking any records with my pace,” he says. “It’s like the tortoise and the hare.”

The lifestyle he keeps up with is definitely hard on his body. But he seems to have met his perfect match: his wife is a massage therapist. “I break my body,” he says, “and she builds me back.”

The pain, too, is worth it to Matson.

“Running and endurance is something I’ve been given a gift to do,” he says. “I’m thankful I am the way I am.” 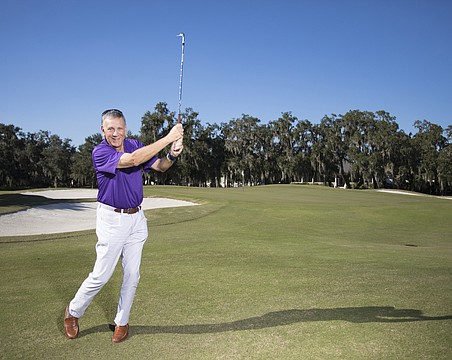 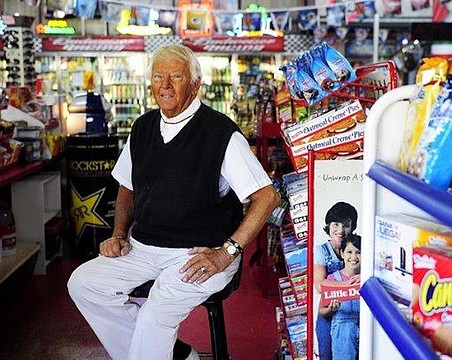 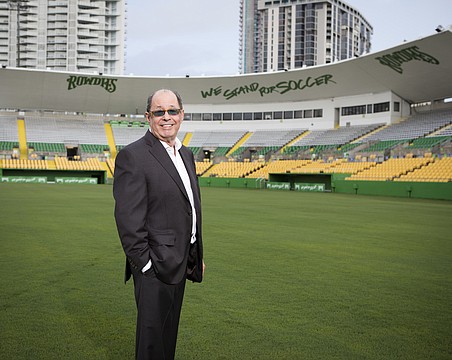 Rowdy return: Leader comes back with a plan 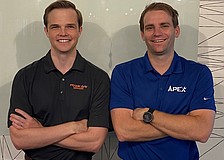 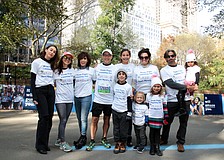 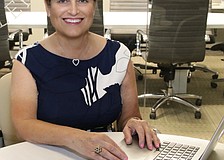 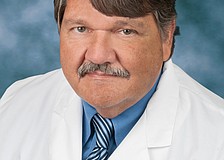 Hospital sets record for number of heart surgeries in year 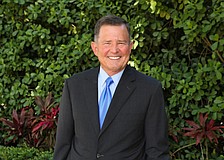