Former major leaguer-turned-Realtor knows what it is like to relocate on the fly. He now specializes in helping others do the same. It’s a niche market — with plenty of room for more.

But the former pitcher, who played with five Major League Baseball teams, now aims to fix that issue.

Resop always knew he would go into real estate — he has family members in the business — so after he retired in 2014 he returned to Naples and joined William Raveis Real Estate, Mortgage and Insurance. Three years ago, he began discussing the concept for the firm’s Sports + Entertainment Division with the firm’s president and CEO, William Raveis.

Launching about 18 months ago, the division provides full concierge, confidential relocation services to pro athletes and famous entertainers, from helping them buy and sell their homes to filling their refrigerators and pantries prior to arrival and just about everything else in between. It is also available to major corporate executives seeking the same advanced level of service.

“People are recognizing there is a market and a need for this. There is more business to go around than all of us can handle together.” Chris Resop, William Raveis Real Estate

The Sports + Entertainment division got off to a fast start, thanks in part to the firm’s partnership with the Boston Red Sox as the club’s first “official Realtor.” Resop's team relocated several Red Sox players, including pitchers Chris Sale, Brian Johnson and Rick Porcello. The unit also set up home bases for them while they are in spring training in Fort Myers. (Sale, a Lakeland native who attended Florida Gulf Coast University, is somewhat familiar with the region.)

While the Sports + Entertainment Division represents only about 10% of Resop’s real estate volume, it’s a growing sector for the firm, filling a much-needed niche.

“As many times as I moved, I never had help,” says Resop, the Sports + Entertainment Division's vice president and managing director. “I would be sitting in a hotel on my computer on Zillow or Trulia and Googling places to rent or to purchase. Most of the time I never saw a place in person and I was relying on photos posted online or sent by real estate agents. We never walked into a scary situation, but it was always possible. And we never had any guidance about good communities to live in with good shopping nearby, and if you have families involved where are the best places to live.”

Naples native Chris Resop has lived all over the country for his pro baseball career. Major league stops include Atlanta, Pittsburgh, Oakland and Miami. In the minors, locales range from Albuquerque to Salt Lake City to Greensboro, N.C.

But, in a reverse to what economic officials call brain drain — promising young professionals moving out of the region for work — Resop always wanted to re-up in his hometown. Now he handles his local and national real estate work from Naples, with no plans to move.

“I was born and raised here, my wife is from here and both of our families are here,” says Resop. “We have two kids, and Naples is not a bad place to call home. Growing up it was kind of quiet and people couldn’t wait to get out and find a big city to live in, but having traveled for many years and lived in many big cities, coming back home was all I wanted to do.”

When athletes are traded or reassigned mid-season, they often have only overnight — or less time — to pack a bag, board a plane and report for duty in a new city the next day. If they have families, they are forced to leave them behind to plan their next move.

To help them pull it all off, Resop has a team of about two dozen agents stationed in the Northeast. He also leverages the scope of the firm. Based in Shelton, Conn., with offices in Naples, William Raveis Real Estate is ranked the No. 9 largest real estate firm nationwide in sales volume by REAL Trends. It sold nearly $11.4 billion in real estate in 2018.

The Sports + Entertainment Division is marketed directly to some of the country’s largest sports agents, who then refer it to their clients. The company enters into non-disclosure agreements with its customers to ensure confidentiality and to protect the lone bastion of privacy athletes and entertainers have — their home life.

“It’s easier to build a clientele by reaching one person who then reaches 100 than it is trying to market our service to those 100 individuals,” says Resop. “We can sell their home, pack belongings, ship cars, ship furniture, help them buy their next home and arrange their mortgage and insurance. We have moved some of the biggest names in sports.”

Even with a few other firms having entered the athlete relocation market, Resop believes there remains plenty of room for more. “People are recognizing there is a market and a need for this," says Resop. "There is more business to go around than all of us can handle together.” 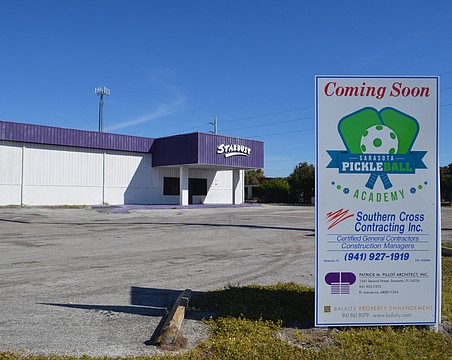 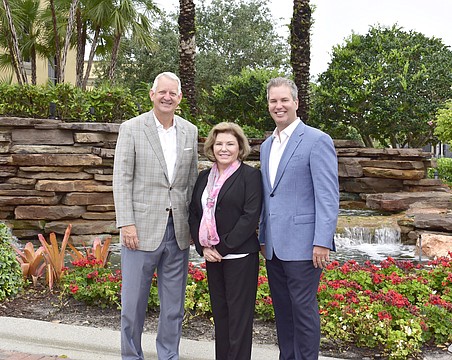 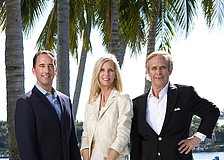 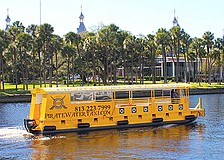 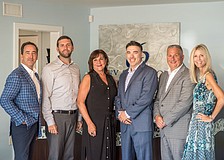 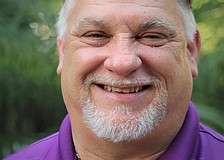