Al Mueller owns and operates more than 50 stores, but they're not the brick-and-mortar kind.

Mueller, 39, is in the seasonal retail business, selling fireworks, pumpkins and Christmas trees at various times during the year from strategic roadside locations around Florida, Michigan and Indiana. His businesses operate under the names Firepower Fireworks and Uncle AL's Seasonal Retail.

The Fort Myers entrepreneur's operation is so significant he travels to China to contract with manufacturers to supply his own brand of fireworks. “I've been there four times,” he says.

It's a high-risk, high-reward business.

Late-season hurricanes can ruin Halloween, customs can delay shipments of Christmas ornaments and droughts can halt the sale of fireworks. For example, Hurricane Wilma landed near Naples in 2005 and nearly swamped Mueller with 250,000 pounds of pumpkins.

The brush fires that swept across Florida in 1998 nearly put him out of business. He had $320,000 invested in fireworks that summer and the state prohibited them as fires swept through more than half of the counties. “That was real scary,” Mueller recalls.

Fortunately, Mueller's fireworks suppliers recognized the severity of the situation and let him pay for the inventory as he sold it through the following January for New Year's Eve. But the experience taught Mueller a valuable lesson to maintain good relations with your suppliers. “Pay when you say you're going to,” he says.

Mueller also learned the vagaries of international shipping. For example, $280,000 worth of lighted holiday displays he ordered from China got stuck in port in 2005 because the safety stickers had expired. He successfully sued the manufacturer, but only received a favorable final judgment last year. Fortunately, he'll likely collect because the Chinese manufacturer has U.S. operations; that's one of the reasons he selected it.

But in spite of the risks, it's a lucrative business. Although he doesn't share sales figures, Mueller says he bought his first house on five acres at age 24 while many of his high school friends were still toiling away in college.

Mueller says having so many retail locations and lots of cash sales means he has to hire trustworthy people. “You have to learn to trust and delegate,” he says. “You have no choice.”

But Mueller loves to get out there and sell, preferring that to sitting in his office behind a computer. “I will not ask someone to do something I wouldn't do myself,” says Mueller, who got into the business at age 15 selling Christmas trees. By age 19, his fledgling business cleared $10,000 at Christmas. “When you're 19, ten grand is the world,” he chuckles.

At age 20, Mueller started selling fireworks. “I had no idea how to price the stuff,” he recalls. So he visited every fireworks stand in the area until he persuaded an employee at one location to give him a price list in exchange for a six-pack of beer.

While Mueller's retail operations have grown, there's still a lot of risk. He has to pay up front for inventory, tent rentals (some of them cover 9,000 square feet), land leases and labor. He says shipping inventory to Florida is more expensive than other places because carriers leave empty since the state doesn't export much. And the economy hasn't helped as retail sales dropped.

Ultimately, as the economy improves and his business grows, Mueller is mulling the idea of selling shares in his fireworks company. “There is not one publicly traded fireworks company,” he says. That's despite the fact that it's a $20 billion business in the U.S. “I'm in this for the long haul,” he says.

But with the unpredictability of seasonal retail, Mueller looks to diversify. For example, Mueller is working on a project to produce and sell high-power light-emitting diodes, semiconductor lights that burn brightly but use a fraction of the energy of conventional bulbs. He got the idea because of the diodes that light his Christmas displays.

Mueller has also formed another company called TriSide Media, which has already signed contracts with trucking firms with 110,000 trailers that are willing to display advertising.

Mueller says trucks are rolling billboards that capture the attention of motorists as they drive down the highways. Trucking firms would benefit because it would offset the increases in fuel prices. Advertising on a truck costs $2,500 for a 13-month contract, with discounts for more.

While the outlook for the retail business is improving, Mueller is always on the lookout for new opportunities. It's the hallmark of an entrepreneur. “I've got a lot of time off between seasons,” he says. 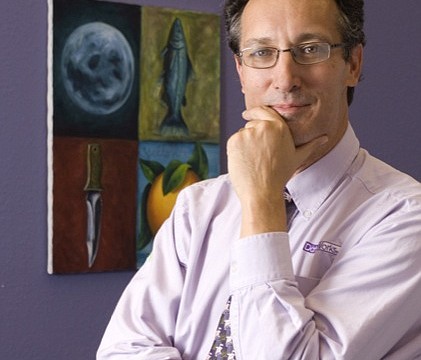 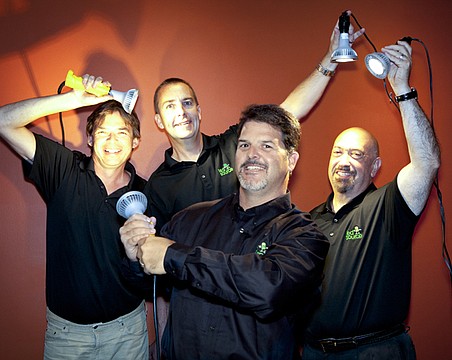 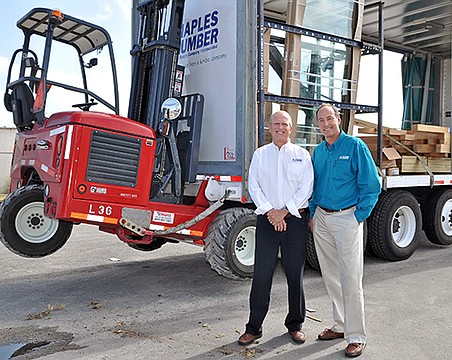 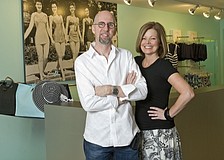 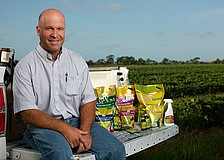 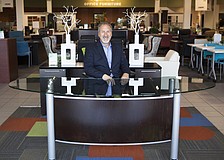 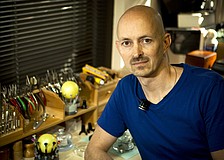