After filing for protection from creditors in U.S. Bankruptcy Court in Tampa, The Towers of Channelside, a pair of 29-story luxury condominiums in downtown Tampa, have structured a new loan that will bring the project out of court and more quickly back in business.

The Towers filed Chapter 11 reorganization in March, after Wachovia cut off its credit. It had sold 89 of the 257 units. Some of the contracts on units have not closed because buyers backed out. Sixteen more units have sold since the court filing.

A regional transportation authority is studying the possible success of a half-penny sales tax increase in the seven Gulf Coast counties that would benefit from a new mass transit system.

Voters and the Legislature would have to pass such a measure. If that happened, federal funds may come more easily.

But some members of the Tampa Bay Area Regional Transportation Authority were skeptical of voter approval because of the economy.

Tampa Mayor Pam Iorio wants to put the sales tax issue before Hillsborough County voters in 2010. Iorio believes that getting funding will require having a workable plan to show voters.

She favors a plan that calls for trains from New Tampa to Tampa International Airport with stops at the University of South Florida and downtown, and from the airport to Linebaugh Avenue in northwest Hillsborough.

Mosaic Fertilizer, a Mulberry-based phosphate mining and fertilizer company, has notified Manatee County commissioners that it intends to file a $600 million lawsuit against the county for denying its mining proposal in a northeast section of the county.

The company, which had hoped to put together an extraction operation on about 2,000 acres it owns in the town of Duette, said a potential lawsuit would be based on the county putting an inordinate burden on its property rights. County commissioners voted 4-3 Sept. 16 to deny the company's mining proposal, citing county land use policy that calls for making wetlands preservation a priority.

In a letter sent late last month, the company said it's hopeful a compromise can be reached. Mosaic officials say the land, known as the Altman Tract, would cost the company about $620 million if it can't run a mining operation on it.

Manatee County's operating budget for the next fiscal year, passed last month, is about $530 million.

A $500 million redevelopment proposal for a beach club and resort on Longboat Key has been cut by $100 million.

The ownership group behind the Longboat Key Club & Resort, which includes New York-based Loeb Partners Realty announced the scaled back plans after several meetings with local residents and officials. Residents' concerns focused on the size and scope of the project, which they said would bring more traffic to the area - common complaints against developers on past projects proposed on the barrier island.

"We want the community to know we've listened and responded," Michael Welly, the club's general manager, said in a statement regarding the scaled back proposal.

That's a 24% decline in single-family-home-building permits from the 49 issued in September 2007. Meanwhile, the six multi-family units permitted in September represented a 67% decrease from the 18 permits in the same month a year ago.

The value of commercial permits dropped 37% to $3.2 million in September compared with the same month in 2007.

Storms, both man-made and natural, resulted in a 16% decline in visitors to Lee County in August, according to estimates by consulting firm Davidson Peterson Associates for the Lee County Visitor & Convention Bureau.

Those who visited Lee County in August also spent less. The average per-person, per-day expenditures declined more than 9% to $111.25.

In a survey of property owners in August, just 17% of respondents said occupancy was better than in the same month a year ago.

Chisano Marketing Group, which is headquartered in Ohio and has offices in Tampa and Orlando, plans to design a campaign to attract corporate relocations to the region. 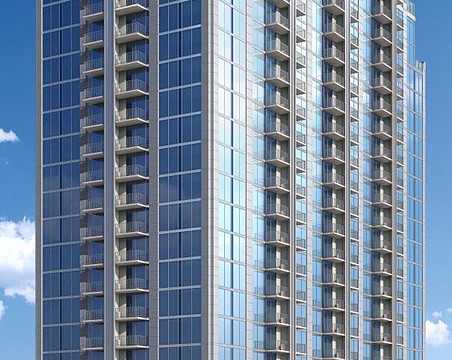