Temple Terrace has been planning a town center renewal since 2001. It took a step recently to make that a reality.

The Temple Terrace City Council approved a final site plan, which could pave the way to sell 20 acres at 56th Street and Bullard Parkway to developers for $14.9 million.

Ram Development and Pinnacle Realty Advisors plan to transform two aging strip malls into a $45 million mixed-use project in the city. Fifty-sixth Street runs through the heart of Temple Terrace.

The developers' plans include retail, residential, office and civic space. The city hopes development can begin early next year.

Pro-Ject International has sold its seven-acre property at Laurel and O'Brien streets in Tampa's Westshore business district for $8.2 million to Flagler Development Group of Coral Gables.

Flagler has not officially settled on what it will do with the land, but it is bullish on Westshore and the real estate recovery there. It is considering an office building and hotels on the site. This is the company's second purchase in Westshore.

Tampa-based Sam Seltzer's Steakhouses of America Inc. has filed for protection from creditors under Chapter 11 of the U.S. Bankruptcy Code.

Chapter 11 allows a company to remain in business while it reorganizes its finances. The company closed its Lakeland restaurant last month. It has nine other locations, all in Florida, including eateries in Tampa, Brandon, Clearwater, St. Petersburg and Port Richey.

Meanwhile, Cork & Olive, a chain of service-oriented retail wine stores based in Oldsmar, closed eight company-owned stores and its Oldsmar headquarters. It is awaiting possible financing. The company began in 2004 and started selling franchises in 2006.

Sarasota city officials have scheduled a meeting for later this summer to hear from developers and business owners concerned about a proposed 11% increase in the city's building and construction tax, also known as impact fees.

The increase is necessary, Sarasota City Manager Robert Bartolotta says, to make up for a $7 million budget shortage the city is facing. The tax raise would be one of several steps to reconfigure the budget.

But after hearing from several agitated developers, Bartolotta and other city leaders agreed to hold a meeting to see if they could reach a compromise. Many in the development community are worried that any new fees would make the already tenuous development process just about financially impossible.

No date has been set yet for a meeting on the issue.

Sarasota Tomorrow, the pro-business program run by the Greater Sarasota Chamber of Commerce, has reached $2.5 million in donations - $500,000 more than its initial fundraising goal set last year. (The Observer Group, parent company of the Review, has committed $25,000 over five years to the campaign.)

The fundraising campaign was designed to reach out to both small and big businesses in an effort to create an environment where growth and expansion isn't seen as the enemy to a high quality of life. The programs and initiatives, as well as the campaign pledges, are spread out over five years.

Advocates of the concept of turning Lakewood Ranch into an incorporated city have come up with $35,000 to pay for a feasibility study on the issue.

The 30,000-acre development in east Manatee County has grown into one of the largest master planned communities on the Gulf Coast since the landowners, Schroder-Manatee Ranch, began building homes in 1995. Talk of becoming a city has percolated for a few years, coming from both residents and developers, but no formal plans have emerged.

That could change with the study, to be conducted by Orlando-based economic consultant Hank Fishkind & Associates for the Lakewood Ranch Civic Action Forum, which is organizing the effort. Lakewood Ranch-based homebuilder Neal Communities donated $17,500 to go toward the study, while SMR put up $9,050.

Construction is scheduled to start this summer on the construction of a multi-story parking garage in downtown Fort Myers, bringing much-needed relief for workers and visitors to the Lee County Justice Center.

Designed by BSSW Architects, the five-level structure will provide covered parking for 830 cars and surface parking for another 270. The concrete building will also house two offices with four more planned in the future. It will take about one year to build.

Dr. Martin Luther King Jr. Boulevard and Monroe and Cottage streets border the garage. During weekdays, parking can be tough to find and visitors must often look for spaces several blocks away.

The Federal Aviation Administration awarded $6.1 to the Lee County Port Authority to build a new aircraft-parking apron at Page Field General Aviation Airport. The airport is located in the center of Fort Myers and was used to serve passengers before Southwest Florida International Airport opened.

The new apron will eventually serve a new terminal building at Page Field. The total budget for the improvements is $7.3 million and the Lee County Port Authority obtained 97% of the funding through grants from the FAA and the Florida Department of Transportation.

Meanwhile, the county permitted 54 multi-family units in June compared with 28 in May and 330 in June 2007. June's permits represent an 84% drop from the same month last year.

On the commercial side, Lee County issued permits for new buildings valued at $12.6 million compared with $21.2 million in May. But June's values are down 96% from the $333.6 million worth of commercial permits issued in June 2007.

The surge in building permits in June 2007 was attributed to a surge in applications to beat a large increase in taxes on new construction. That makes year-over-year comparisons difficult. 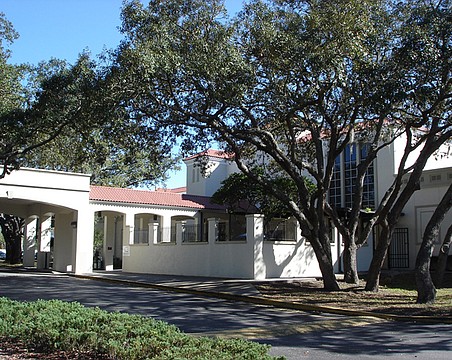