David Hunihan has some big plans to build processes at Lee Wetherington Homes.

David Hunihan recently caught a boomerang in his long and varied career in homebuilding.

It all started at 1995, when he joined Lee Wetherington Homes in Sarasota. In 1998 he was named senior vice president of sales and marketing there. In 2000, he was promoted to president of the firm, then doing some $50 million a year in revenue. (In 2000 Hunihan was also named to the Business Observer’s 40 under 40 list.)

David Hunihan, named CEO of Sarasota-based Lee Wetherington Homes last year, says one key lesson he’s learned in 30 years in the business is to be careful with land holdings. “Land is an important asset,” he says, “but it’s also very dangerous asset.”

Important for the obvious reason that lower land prices paid now can boost margins later. Dangerous, he says, because while even at a discount, you can just about always find a buyer for a house, land, if not handled properly can be an anchor for a homebuilder. “You have to be very careful about how and when you buy big pieces of land and when it’s used for inventory,” he says. “There are timing issues and some very long cycles.”

In spring 2021 Hunihan met with Lee Wetherington Homes founder Lee Wetherington; the pair has remained friends. Wetherington, who remains the largest shareholder and an investor in the firm, offered Hunihan a job and a mission: guide the company through the chaos of the current market (supply chain issues, inflation, etc.) while setting the business up for the next generation.

Hunihan accepted. And in June he boomeranged back to Lee Wetherington Homes, when he was named CEO, 21 years after he left the firm. “Lee wanted somebody to come in with a vision to take the company to the next level,” Hunihan says. “He felt I was the right guy to do that — and I feel like I’ve come home.”

Lee Wetherington Homes was, for a time during the housing boom of the mid-2000s, one of the largest homebuilders in the Sarasota and Lakewood Ranch market. It moved its headquarters to Lakewood Ranch in the 1990s, and its gamble, and confidence, in the then-new master-planned community paid off: it built some 400 homes a year at the height of the boom and in 2006 it did $112.74 million in revenue. Four years later, crushed by the recession, the company sold 10 homes and posted $7 million in revenue.

A U.S. Marine who saw combat in the Vietnam War, Wetherington restructured the business from 2008 to 2010. He spent between $5 million and $10 million of his own money and returned some land to banks to cover debts. “We went through the hounds of hell,” Wetherington told the Business Observer in 2011, recounting the moves he made to survive the recession.

The company Hunihan now oversees is a different business, at least in scale and size. Its headquarters is different, too. The company recently moved into new digs on Fruitville Road, east of Interstate 75. A $4 million project, it moved into the two-story building in May. While the new headquarters is technically no longer in Lakewood Ranch, it is, Hunihan points out, near Lakewood Ranch’s new and popular Waterside project. It’s also near Hi Hat Ranch, a 10,000-acre project in east Sarasota County.

On size, the company built 55 homes last year, with revenue of more than $61 million. But Hunihan says that’s actually a bit larger than the firm would like to be, noting three or four homes a month, for 40-50 homes a year, is the target going forward. One reason for that is so it could remain hyper-focused on customers, who spend from $1.4 million to $3 million, plus the home site, for custom-built homes.

A related reason for the low-volume approach is the current supply chain mess. “It’s the worst supply constraints I’ve ever seen in my career,” Hunihan says. “Trusses can be delayed out a year. We showed up at the paint store and there was no paint — not there was no paint in the colors we needed, but there was just no paint.”

The company, like its peers, is also regularly getting cost increase notices from vendors. “There is no warning, just immediate cost increases,” he says. “I’ve never seen anything like it. Everyone is scrambling to keep up.”

Hunihan, 55, is also focused on getting the firm ready for the next decade and beyond. He notes several people on the management team of the 23-employee firm are in their 60s. “A lot of small companies have what I like to call collective consciousness,” he says “where nothing is really written down.”

He’s addressing that at Lee Wetherington Homes, in part, by teaming up each department head with a younger employee, to get systems and processes down. “I want to help solidify our vision,” he says. “We have to get our people to carry on the torch.”

Another goal, modeled after Lee Wetherington’s time in the Marines, is to create written standard operating procedures so when someone leaves they don’t take the only keys to the castle. “I want us to have some version of an SOP for every process we do,” Hunihan says. “All great companies have something like that.” 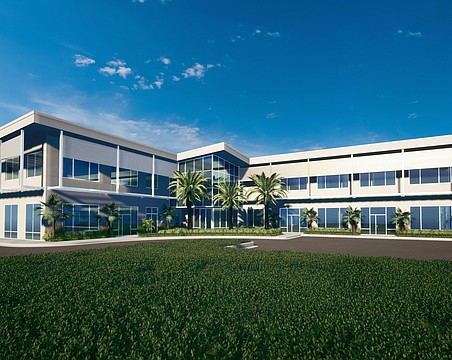 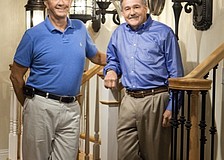 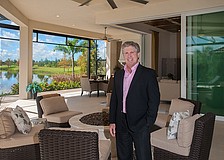 Homebuilder brings on another pro

They've Seen It Before