A Michigan-based investment group has acquired a key undeveloped waterfront tract in central Sarasota County that could jumpstart long-stalled plans for condominiums and possibly apartments on a 32-acre parcel near Sarasota Square Mall.

An affiliate of  Tamiami 41, Bayonne Investments LLC, has owned an adjacent 14-acre parcel behind 7914 S. Tamiami for the past 14 years. Bayonne bought that waterfront tract in October 2005 for $16.76 million, according to property records. It was administratively dissolved last month, Florida Secretary of State records indicate.

“But we recognize that it’s one of the largest, most attractive development sites in all of Sarasota County now.”

“The sale of this highly desirable site was over five years in the making, but in the end took only 10 days from contract to close,” Babb says.

The property is entitled for a 300-unit, multi-family rental complex and a 98-unit condominium project.

Past iterations have involved significant retail development along Tamiami Trail, with residences along the water.

In late 2015, Core Development Inc., which co-developed the Ritz-Carlton Sarasota, the luxury Concession golf club community in Manatee County and, most recently, the 18-story BLVD condo in downtown Sarasota, proposed a $200 million project on the site.

Core had planned to model the project after the successful mixed-use Mercato retail and office development in Naples.

But the plans, along with those by a Texas group that proposed a combination residential community and lifestyle center, failed to reach fruition.

Craft says Tamiami 41 intends to carefully determine how to proceed.

“Something as complex as this could, and should, take a long time,” he says. “We’re together in the process of figuring out the best way to go forward.”

Other members of Tamiami 41 include James Frauenberg of Pickerington, Ohio; Leonard Nadolski of Howell, Mich.; and Michael W. Lenhart of St. Petersburg, according to state records.

Craft adds the new owners have no specific timetable in which to decide the future of the property.

“We’re evaluating all the options at this point,” he says. “It’s a big project and we understand the history of it. I can tell you it will be less dense a proposal than has come before.”

And while retail and apartments seem logical candidates, Craft isn’t so sure.

“Going vertical with multifamily apartments is extremely expensive,” he says. “And retail doesn’t seem to be too viable in that location. The nearby mall is struggling, for instance. So at this point we don’t really see it as a retail play.”

He adds, though, that the investors likely will joint venture with a developer or sell off parcels or the entire tract to a developer. Tamiami 41 is contacting a number of groups to gauge interest in the property.

“We’re not developers who develop 30-acre parcels, that’s not who we are,” Craft says. 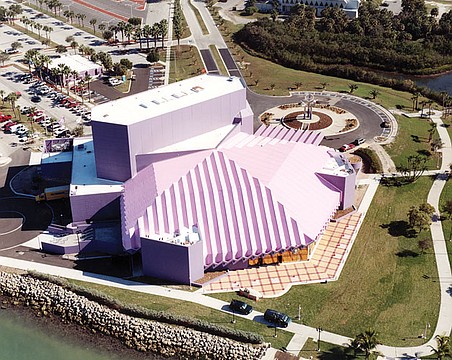