Securing a business speciality in the law can be tricky. Betsy Pennewill found her own way.

Banker-turned-lawyer Betsy Pennewill, over cocktails one night with her friend Sharon Hillstrom, president and CEO of the Bradenton Area Economic Development Corp., confided that she sought a career shift.

'I ask a lot of questions and have to be a very good listener.’ Betsy Pennewill

“I wanted to find one area of the law I could be an expert in,” says Pennewill, who, at that point in her career in 2015, had done many things in the legal profession. She had worked for a large firm in real estate transactions and corporate lending and a small firm in estate planning, sandwiched between a clerkship with a federal judge in Tampa. This was after five years as a commercial loan officer with a large bank.

Hillstrom connected Pennewill with Roxie Jerde, president and CEO of the Community Foundation of Sarasota County. One of the largest foundations in Florida, CFSC closed its most recent fiscal year with $398 million in assets, 1,452 funds and more than $34 million in grants awarded. Pennewill, in another career stop, had done some development work for the Manatee Community Foundation, a supporting organization to CFSC. “I really wanted to get back to doing the law,” says Pennewill. “I didn’t want to just ask people for money.”

Pennewill and Jerde hit it off. A short time later, Pennewill had a new gig as corporate counsel for the Community Foundation of Sarasota County. She’s the only corporate counsel attorney on staff at a public community foundation in Florida. Others outsource that work. “I have one client,” says Pennewill, “but many roles in each department.”

Jerde says Pennewill is an invaluable internal insurance policy to ensure the foundation’s work can withstand legal challenges and scrutiny decades from now — essential in dealing with wills and estates. Jerde also had an inside corporate counsel when she worked at the Greater Kansas City Community Foundation. “Betsy has been a marvelous addition to the team,” says Jerde.

A key business lesson Pennewill has learned, both with commercial clients in banking and now, with high net worth donors, is to use her ears. “I ask a lot of questions and have to be a very good listener,” she says.

Pennewill sits in on most of the donor-related meetings at the foundation. That’s so she can assess obstacles on a certain idea or a donor-advised fund, the most common way people give money to a community foundation. She’s not a "party of no" attorney — always seeking a way to kill a plan.

“People who have charitable instincts are very interesting to talk to,” Pennewill says, citing, for example, a recent donor who directed $23 million toward dyslexia causes and research. “I love to sit down with our donors.”

Beyond donor meetings, Pennewill’s core focus at the foundation revolves around compliance, from the constant shifts in IRS regulations to corporate governance. She also spends time working on state and national issues that impact community foundations.

Pennewill, in addition, is a legal security blanket for the foundation’s 29 employees. If and when they are not sure about something with potential legal ramifications, Pennewill is the place. “It’s been interesting being the only attorney in an organization,” Pennewill says. “I get brought into a lot of discussions and different meanings.”

Looking back at her career shift, Pennewill, whose husband, Chris Pennewill, is a longtime banker in the region and currently a senior credit officer with Hancock Whitney Bank, has little regrets. With a father and other relatives attorneys, when Pennewill was in banking she was often queried as to when she was going to law school. Then, working for a variety of firms, she had opportunities to advance to senior-level roles.

But like many of her foundation peers, the organization’s mission keeps her motivated. “When I take a step back and look at what community foundations do in the community and the impact they have,” says Pennewill, “it is very meaningful.” 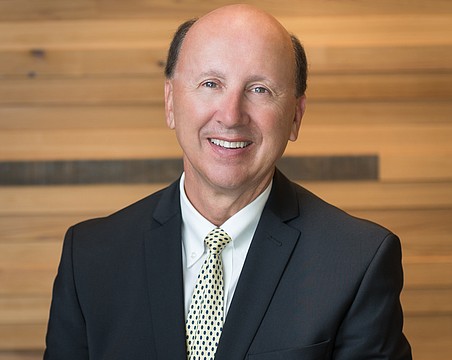 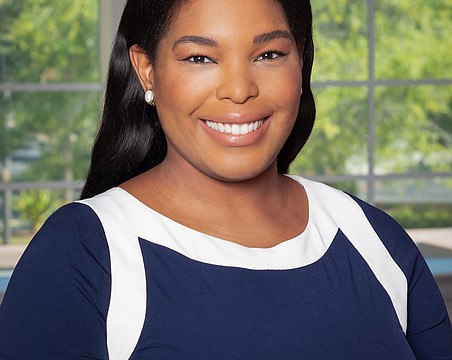 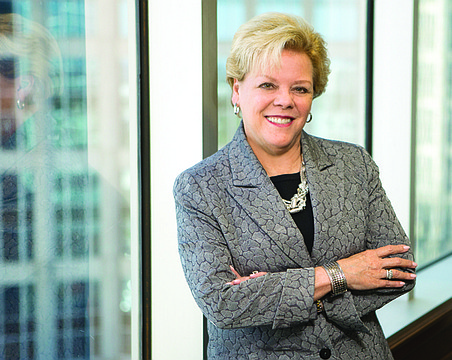 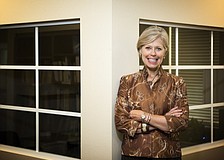 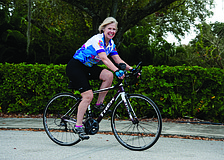 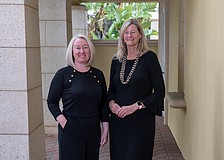 Foundation CFO sets retirement date — with replacement at the ready