Deals for Gulf Coast commercial properties show little sign of cooling off as compared to similar period in 2018.

Gulf Coast commercial real estate’s top sales showed a slight sign of weakening in the first half of the 2019, mirroring analyst predictions for a nationwide decrease in overall pricing.

Based on the region’s Top 10 largest transactions as measured by dollar volume, sales dropped 18.5% vs. the first six months of 2018, though the total could be skewed by the individual assets involved in the sales.

Combined, the Top 10 deals generated a total volume of $956.93 million, as compared to $1.175 billion during the comparable period of 2018, an analysis of property records in nine counties from Polk to Collier shows.

Commercial real estate analysts have expected investment pricing to dip this year somewhat in response to the maturity of the economic growth cycle — now the longest in duration in U.S. history — a cooling of foreign investment, lower yields in some asset classes and increased underwriting criteria among private equity and other investors, to name a few factors.

But interest among asset classes has remained stable.

In the first half of 2018, apartment deals made up just over half the Top 10 list, together with sales on a trio of high-end lodging or resort properties and a lone office transaction.

Investors still seem drawn to the Gulf Coast because of myriad factors, including the cost of properties relative to replacement costs, slight increases in construction commodities and labor, cost relative to other markets and growth in both population and employment.

Pricing, meanwhile, has held steady. In 2018, fully half of the 10 largest transactions traded for $100 million or more; this year, four of the Top 10 sold for in excess of nine figures.

And perhaps just as telling, relative to the first half of 2017, prices for top properties increased during the first six months of this year, by 8.4%.

Industrial Logistics Properties Trust’s acquisition of an Amazon-occupied fulfillment center in Ruskin ranks as the largest asset sale so far in 2019.

The deal for the 1.02 million-square-foot distribution center was part of an 18-building portfolio seller Cole Office & Industrial REIT Inc. traded for $625.3 million.

Cole Office & Industrial had purchased the Hillsborough County building in June 2016 for $103.6 million, which at the time set a record for the sale of a single asset industrial property.

Investors such as Industrial Logistics have favored distribution sites like the one in Ruskin because they are occupied by credit tenants like Amazon and cater to rising e-commerce sales.

Amazon began occupying the Ruskin center, one of two it maintains in Central Florida, in 2014.

The 982-unit complex, formerly the Park at Siena apartments, was completed in 1991.

Reserve at Brandon contains three swimming pools, a fitness center, tennis courts and Wi-Fi. Units rented between $794 per month and $1,234 per month at the time of the sale.

Charles Herzka, a NorthEnd principal, says the company was drawn to the complex because of the area’s population and employment growth. NorthEnd also plans to add value through investment.

Walton Street Capital acquired the Hilton Tampa Downtown in the belief that the city is becoming more of a magnet for large-scale convention business.

Seller CrossHarbor Capital Partners, of Boston, bought the Hilton hotel in 2016 for $101 million, and then invested roughly $10 million into the 211 N. Tampa St. property.

The 18-story Hilton Tampa Downtown was completed in 1982.

In all, Walton Street has invested more than $12 billion since its founding in 1994.

Brass Enterprises Inc., of Toronto, bought the Hermitage apartment building in downtown St. Petersburg in February as a way to take advantage of the Tampa Bay area’s projected employment growth in 2019 and beyond.

Seller Allen Morris Co., of Coral Gables, had owned the 348-unit Hermitage since its completion in 2017.

The deal marked one of the highest amounts invested in a suburban multifamily property in the area since 2014.

The 381-unit complex, which was completed last year, had been developed and owned by an affiliate of Parkland Development Corp.

Units in the gated complex, comprised of a series of four-story buildings, rented at the time of UDR’s purchase from $1,275 per month to $2,430 monthly.

In all, UDR owns nine multifamily rental projects in the Tampa Bay area.

Marriott Vacations Worldwide Corp. bought condo units in Crystal Shores in early January as part of a strategy to consolidate ownership of this Marco Island resort.

The Orlando-based company had been acquiring condos in the 215-unit project since summer 2006.

With its most recent acquisitions, Marriott Vacations brought its total investment at the four-tower resort to just under $200 million.

The company bought the units from an affiliate of 54 Madison Partners, a New York-based financier.

Marriott Vacations was founded in 1984 and became a publicly traded entity in 2011.

The New York-based firm’s purchase of the 10-story DeSota marks one of its first Gulf Coast purchases, although its portfolio totals 26,000 units overall.

The deal set a new high watermark per unit for a multifamily asset in Sarasota and represented one of the largest sales, on a per unit basis, in Florida in the past year.

Completed in 2017, the DeSota was roughly 90% occupied at the time of the sale with rents around $2.40 per square foot — almost a full $1 a square foot higher than the historic Sarasota average.

Bluerock bought the complex from a joint venture between Hunt Cos. and Carter USA, of Atlanta.

Nuveen Real Estate Management Ltd., the investment arm of Teachers Insurance & Annuity Association, acquired the former Azola Apartments in May. The deal capped a string of Tampa Bay purchases in the past year.

Nuveen says it bought the 366-unit Brandon complex because of its proximity to the Leroy Selmon Expressway and Interstate 75.

Nuveen bought the complex from a group made up of Zom Living, the Mattoni Group and Clarion Partners, of New York.

The Gencom Group broke with its usual pattern of purchasing luxury lodging assets in January to buy the Grand Plaza Resort and the Beachcomber Beach Hotel and Resort for $100 million.

Of the total, the 10-story Grand Plaza — the only Florida lodging property with a working revolving rooftop lounge — sold for $76 million.

Both the 156-room Grand Plaza, which began life as a Hilton-flagged hotel in 1975, and the Beachcomber are located on St. Pete Beach and were purchased from Excel Hospitality Inc.

Miami-based Gencom says it will invest $24 million to upgrade and rebrand the properties, and that each represents a “unique repositioning opportunity.”

Carlyle Property Investors purchased the Citrus Park manufactured home and RV community in Bonita Springs from the company that began developing it in the 1970s.

The 420-acre community contains more than 1,500 housing and RV slots and offers residents softball, dancing, swimming, shuffleboard and tennis, among other amenities.

The 55-plus community was developed by Trost International Inc. and today generates annual revenue of about $2.5 million. 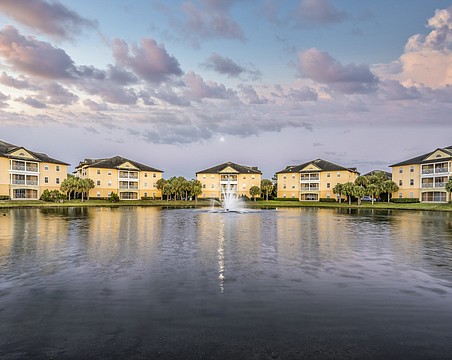 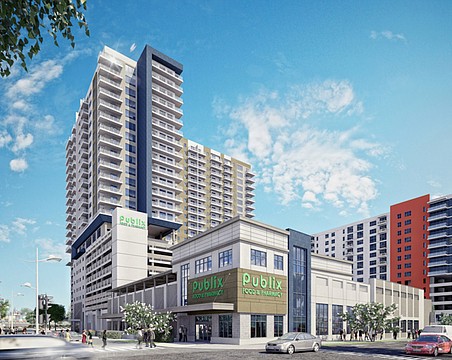 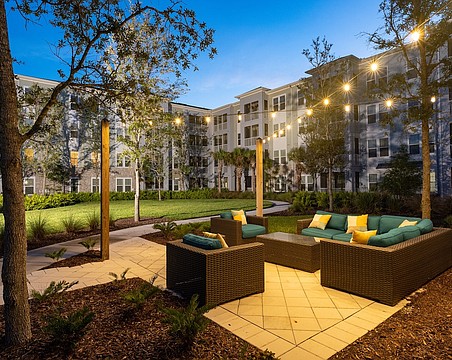 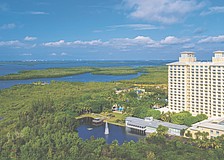 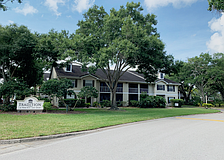 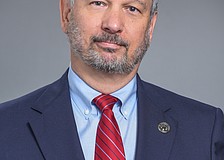 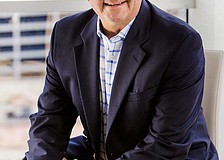 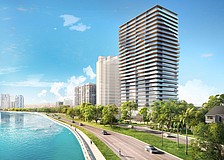