Trump's tariffs not fit for print

The Donald had such a hot hand going, economically. And now he's blowing it. On tariffs.

This was always the fear. That he actually would implement his decades of protectionist bloviating.

Someone in the White House, please read to the president Henry Hazlitt's 1946 classic, “Economics in One Lesson,” Chapter 11 (see below). As Hazlitt put it: “Since the 'Wealth of Nations' ... the case for free trade has been made thousands of times.”

But as Heritage Foundation economist Stephen Moore told reporters last week in Sarasota: “It's just dumb. It's just so stupid.”

He was commenting on Trump's announcement to impose tariffs on foreign steel and aluminum.

Moore, you may remember, was a top economic adviser to Trump during the 2016 campaign, along with well-regarded Larry Kudlow. Moore said he and Kudlow tried repeatedly to convince Trump that tariffs would not bring back manufacturing jobs.

But try as they might, as we now know, they were unable to get their message through the president's hair.

Moore said the tariffs are Trump's way of following through on campaign promises to the “forgotten” blue-collar and middle-class Americans who voted for him. He promised to bring back manufacturing jobs.

But this promise — via tariffs and trade wars — makes no sense. We can tell you from firsthand experience.

The Trump tariffs started well before his announcement about steel and aluminum. They started affecting the newsprint-paper industry late last summer. It's a classic case of the adverse effects of protectionism.

The story starts with a New York hedge fund, One Rock Capital Partners. In November 2016, One Rock acquired North Pacific Paper Co., based in Longview, Wash., from Weyerhauser Co., the huge timberland owner. Weyerhauser's sale of North Pacific was part of its efforts to get out of the paper manufacturing business — for obvious reasons. Demand for newsprint has been declining for a decade.

By August 2017, North Pacific filed a complaint with International Trade Commission and the U.S. Commerce Department, claiming to be harmed as a result of uncoated groundwood paper from Canadian paper mills being sold at less than fair value; subsidized by the Canadian government; and dumped excessively into the U.S. market. Newspapers use that type of paper.

Typical. It reminds us one of Milton Friedman's maxims from his book, “Free to Choose.” When it comes to asking for government favors, big business is always first in line.

The News Media Alliance's letter to the Commerce Department went so far as to question North Pacific's motives for the tariffs: “[I]t appears that One Rock Capital Partners may be using the petitions as a means of increasing the short-term value of this one mill,” the NMA letter said.

Put another way, North Pacific's owners aren't as motivated to save the 260 jobs it says are at stake as they are to get government help to boost the value of the business and flip it to make a quick profit and get out of a declining business.

Meanwhile, almost immediately after North Pacific filed its grievance late last summer, John Tevlin, owner of Tampa-based Newspaper Printing Co., and the printer for seven of our company's publications, started seeing price increases and shrinking supplies. Other printers we use said they have been scrambling the past few months to secure supplies.

On Jan. 10, conditions worsened. U.S. Commerce Secretary Wilbur Ross imposed tariffs of 5% to 10% on all Canadian newsprint exported to the United States.

Good news for North Pacific's plant. Bad news for almost everyone else.

This is what Trump simply refuses to accept:

• Start in Canada. The Canadian paper mills and government, predictably, protested vigorously. One company, Corner Brook Pulp and Paper, which sells about half of its annual production to U.S. users, said tariffs would cost its company jobs.

While Trump has no sympathy for them, one of the effects of making the Canadians poorer is they will buy fewer U.S. goods, affecting more U.S. jobs. Trump sees the paper mill jobs he “saves” in at North Pacific. He doesn't see the other jobs he is killing.

• Canadian paper manufacturers that own plants in the U.S. are shutting them and shifting operations to Canada. A spokesman for the National Newspaper Association said one company has closed paper plants in the Southeast, obviously affecting supplies and prices in that region.

Said Tevlin of Newspaper Printing Co.: “The supply side is pretty tight.” What's more, he is bracing for prices rising as much as 14% this summer.

“It's all a bad recipe right now,” Tevlin said. “Where I see a problem is being able to take on new business. All the deliveries are running late.” More unnecessary disruption to the market.

• Higher newsprint prices cascade adversely far and wide. When Newspaper Printing Co.'s suppliers raise their prices, it passes along some or all of the increases to its customers. Our company is expecting more hikes this summer.

And as with every business experiencing price increases from their vendors, we are no different than the others up the chain. You know the choice: Either eat the increase and reduce your profit margin; or pass along the increase to your customers.

It's a loser's game. The more we raise our print advertising rates, the more we drive our customers to other marketing platforms and the more we struggle. Digital advertising revenues won't keep newspapers in business.

• The higher prices American businesses pay for advertising (or for their own printed materials) means less money for other purchases. This hurts other businesses. This is the unseen Donald Trump doesn't think about.

Trade shouldn't be complicated. Businesses and consumers around the world should have the freedom to buy and sell peacefully with whomever they want. (See Adam Smith, page 3.)

Trade becomes complicated when governments intervene and when businesses ask for protectionist favors. The results are always the same: a benefit for the few (North Pacific Paper) at the expense of the many.

Newspapers want to buy paper at a competitive price. If Canadians can do that better than American paper mills, so be it.

We don't care if the Canadian government subsidizes Canadian paper mills at the expense of Canadian taxpayers. We benefit from the lower prices — and so does the American economy, and to an extent, the Canadian economy.

If we buy newsprint at $50 a ton, instead of $60 a ton, we have that extra $10 a ton to spend or invest in other things, fueling economic growth. Canadians then have those Americans' dollars, which they use to buy more American goods.

If we slap a 10% price increase on all Canadian newsprint, we'll have 10% less to spend on other things, and we'll buy less newsprint than we did before. This hurts the American and Canadian economies.

HENRY HAZLITT'S 'ECONOMICS IN ONE LESSON' ON TARIFFS

The following are excerpts from journalist/economist Henry Hazlitt's 1946 classic, “Economics in One Lesson,” Chapter 11: “Who's 'Protected' by Tariffs?”

Since the “Wealth of Nations” appeared more than two centuries ago, the case for free trade has been stated thousands of times, but perhaps never with more direct simplicity and force than it was stated in that volume. In general Smith rested his case on one fundamental propo­sition: “In every country it always is and must be the in­terest of the great body of the people to buy whatever they want of those who sell it cheapest.” “The proposition is so very manifest,” Smith continued, “that it seems ridiculous to take any pains to prove it ...”

And this brings us to the real effect of a tariff wall. It is not merely that all its visible gains are offset by less obvious but no less real losses. It results, in fact, in a net loss to the country. For contrary to centuries of in­terested propaganda and disinterested confusion, the tariff reduces the American level of wages.
Let us observe more clearly how it does this. We have seen that the added amount which consumers pay for a tariff-protected article leaves them just that much less with which to by all other articles. There is here no net gain to industry as a whole.
But as a result of the artificial barrier erected against foreign goods, Ameri­can labor, capital and land are deflected from what they can do more efficiently to what they do less efficiently. Therefore, as a result of the tariff wall, the average pro­ductivity of American labor and capital is reduced.

The tariff has been described as a means of benefiting the producer at the expense of the consumer. In a sense this is correct ... It is true that the tariff hurts all consumers as such. It is not true that it benefits all producers as such.
On the contrary, as we have just seen, it helps the pro­tected producers at the expense of all other American producers, and particularly of those who have a com­paratively large potential export market.
Now because foreign industries will find their market in America totally cut off, they will get no dollar ex­change, and therefore they will be unable to buy any American goods at all.
As a result of this, American in­dustries will suffer in direct proportion to the percentage of their sales previously made abroad.

The effect of a tariff, therefore, is to change the structure of American production. It changes the number of occupations, the kind of occupations, and the relative size of one industry as compared with another. It makes the industries in which we are comparatively inefficient larger, and the industries in which we are comparatively efficient smaller. Its net effect, therefore, is to reduce American efficiency ...

As a postscript to this chapter I should add that its argument is ... merely directed against the fallacy that a tariff on net balance “provides employ­ment,” “raises wages” or “protects the American stand­ard of living.” It does none of these things; and so far as wages and the standard of living are concerned, it does the precise opposite.

“It is the maxim of every prudent master of a family, never to attempt to make at home what it will cost him more to make than to buy. The tailor does not attempt to make his own shoes, but buys them of the shoemaker. The shoemaker does not attempt to make his own clothes, but employs a tailor. The farmer attempts to make neither the one nor the other, but employs those different artificers. All of them find it for their interest to employ their whole industry in a way in which they have some advantage over their neighbors, and to purchase with a part of its produce, or what is the same thing, with the price of a part of it, whatever else they have occasion for. What is prudence in the conduct of every private family can scarce be folly in that of a great kingdom. — Adam Smith, “Wealth of Nations” 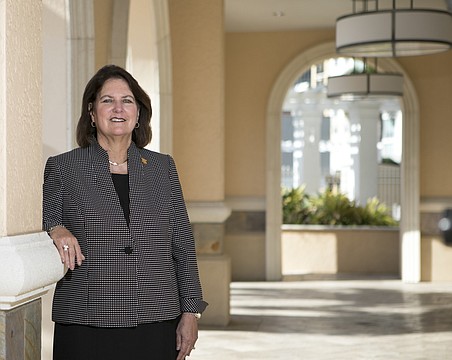 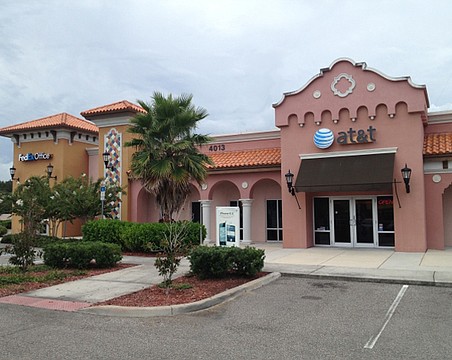 An antidote to help Trump on trade 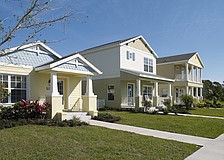 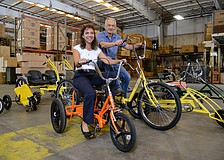 Commercial Question of the Week 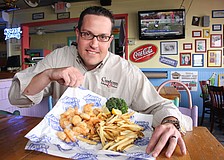