While planning their 2005 wedding, Sara and Josh Margulis discovered honeymoon registry services came with high fees and expensive travel bookings. So they created their own registry webpage — where they raised more than $5,100.

After donating 10% to charity, the newlyweds honeymooned in Fiji.

The experience prompted them to create HoneyFund.com in 2006, a fee-free online honeymoon and wedding registry. Sara Margulis is the CEO, Josh Margulis is the CTO. In 2013, they added PlumFund.com, which expanded the concept to customizable gift-giving, everything from baby showers to funeral expenses.

What began as a way to raise money for their dream honeymoon is now a substantial business, based in Clearwater. Sara Margulis says some 500,000 couples have raised more than $517.3 million on HoneyFund for weddings and honeymoons. The company makes money off selling ads on its websites and from an optional donation at checkout, where donors can add a percentage of their honeymoon gift to support the site. “We've been real surprised with people's generosity,” says Margulis, who declined to disclose specific revenue figures.

The company's success, in total, can be traced to an integral, yet sometimes underappreciated entrepreneurial skill — the ability to not only spot trends early, but also the willingness to spend the time doing the work to fill the need. With the Margulises, after years of effort, they created an easy-to-use digital solution in an industry that didn't exist more than a decade ago.

“We are pioneers in crowdfunding,” Sara Margulis says. “We were crowdfunding before it was a word.”

Northern California natives, Sara Margulis has an MBA in marketing from Golden Gate University and a background in pay-per-click and SEO marketing. Josh Margulis has a degree in computer engineering and computer science from the University of Southern California. He has worked as a software engineer at Adobe Systems, Macromedia, Microsoft and Xerox.

They know how to spot a trend, which is why last July they moved HoneyFund's headquarters from Sonoma County, north of San Francisco, to Clearwater. “We can find more tech talent for less here,” Sara Margulis says. In Northern California, it was “very expensive and costly to compete with the tech giants that gobble up talent.”

Including the Margulises, six people work in HoneyFund's Clearwater headquarters, and plans are in the works to bring on five more people. Much of the added staffing will be dedicated to PlumFund. While more than 556,000 couples have established wedding registries on HoneyFund, there are 46,373 PlumFund registries in 15 categories, from baby showers to medical hardships to divorce, and even a spot for “everything else.”

What separates HoneyFund and PlumFund from other crowdfunding sites, Sara Margulis says, is they're free. The largest sites — KickStarter, Indiegogo, GoFundMe, Crowdrise — keep 4 % to 5% of donations. Applying fees to PlumFund was never an option. Says Sara Margulis: “Charging friends, family to help someone — tacky.”

The largest PlumFund category is medical hardship, with 13,800 accounts that include “a lot of heart-warming and heart-breaking stories,” says Sara Margulis. Among them is one created on behalf of the late Pete Frates, who inspired the 2014 Bucket Challenge that raised $220 million for ALS research. “His friends and family started a PlumFund for his daughter's education,” she says.

A trend in PlumFund's Baby Shower platform, Sara Margulis says, is supporting a mother's wish to stay home to care for a newborn. “They're donating money for maternity leave since it's not available to so many workers,” she says.

And, if a HoneyFund wedding's marriage doesn't work out, there's always PlumFund's divorce registry, Sara Margulis says, for “users to rally to support friends and family going through life-changes.”

Sara and Josh Margulis, founders of Clearwater-based HoneyFund.com, got into the crowdfunding industry more than a decade ago.

Now it's booming. According to research firm Massolution, the industry generated more than $16 billion globally in donations in 2016 and will top $100 billion by 2025, World Bank forecasts. 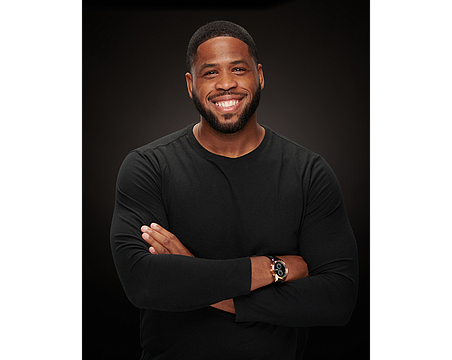 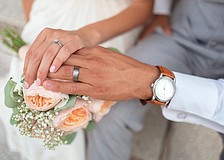 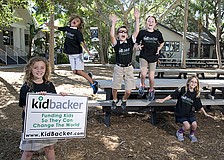