Irma's gone, but she managed to do quite a lot of damage before making her trek north. Now, as we pick up the pieces, maybe there's a ray of sunshine peeking around the clouds, and relief can be found in the form of a tax benefit. In a federally declared disaster area, casualty losses can be accelerated and deducted on a prior year tax return. The decision when to deduct the loss is at the taxpayer's discretion, and therefore, Hurricane Irma casualty losses can be deducted on either the 2016 or 2017 income tax return.

Casualty losses arise from an identifiable event that is sudden, unexpected, or unusual in nature. Examples of events that qualify include natural disasters such as tornadoes, hurricanes and earthquakes, as well as fires, automobile collisions, theft and vandalism.

For tax purposes, casualty losses are divided into three categories, each with differing tax treatments. The category of loss will depend upon the use of the affected property. The categories are:

Business property includes business fixed assets as well as goodwill. The amount of loss is limited to the adjusted tax basis of the destroyed property. For property that is partially destroyed, the loss is limited to the lesser of the adjusted basis in the property or the decline in fair market value. An appraisal is recommended to establish and document the decline in value, but the actual cost of repairs can be used as an alternative estimate of decline, as long as the repairs do not increase the value of the property above pre-casualty levels. Business casualty losses are deducted against the regular income of the business.

Personal casualty losses are deducted as itemized deductions on Schedule A of Form 1040.

If the property is insured, a claim must be filed, and any insurance proceeds will reduce the computed loss. If a claim is not filed, a deduction is not allowed for the portion of the loss that was insured. If you voluntarily choose not to file a claim, the loss is not deductible.

In my example, Joe is a resident of Sarasota County. Joe can deduct his $129,900 loss on his 2016 or 2017 income tax return. If he already filed his 2016 return, he can file an amended return and claim an immediate refund.

On Sept. 12, the IRS extended the due dates for filing and payment deadlines for the above listed counties, as well as for other areas added later. For taxpayers who have extended filing deadlines of Sept. 15 or Oct. 15, the new deadline is Jan. 31, 2018. If a taxpayer has not filed a 2016 income tax return, and suffered a casualty loss, the loss can be taken on the 2016 return due on Jan. 31, 2018.

The IRS is also waiving late-deposit penalties for payroll tax deposits and federal excise tax deposits for the first 15 days of the disaster period. 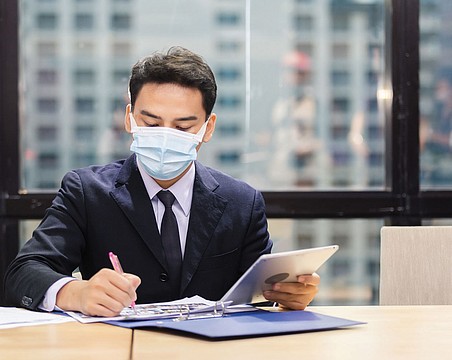 Are you missing a deduction? 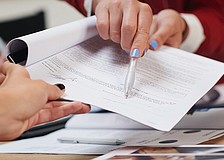 It’s time to dust off those partnership agreements