Dying isn't what it used to be, with modern celebrations of life replacing the tradition of placing the deceased in a home or funeral parlor prior to burial. Proper burials aren't the same, either, with more people opting for cremation rather than buried.

And now Brothers Bill and John McQueen have raised the ire of their fellow funeral brethren by trying to make the mourning process a little less somber. But what they're doing at Anderson-McQueen Funeral Homes is undoubtedly working, even as families seek less-expensive methods of bidding farewell.

The St. Petersburg-based chain of five Pinellas County funeral homes has increased revenue at least 36% over the last three years, even as the trend toward more economical services has increased with at least 70% of families preferring cremation. The answer has been to impress upon families the importance of memorializing the person who has died, as well as showing them options that go beyond traditional services.

“We work really hard to be educators on the subject since efficiency and effectiveness aren't the same thing,” says Bill McQueen, president and CEO of Anderson-McQueen. For example, a family that doesn't want to spend an inordinate amount of money on a funeral may still be able to afford a video presentation highlighting the life of the deceased, he says.

Memorials are part of the healing process, and Anderson-McQueen staffers have learned the difficult art of making the deceased a “celebrant,” McQueen says. The concept is still fairly new in the United States but has been observed in Australia for far longer, he says.

Examples of such celebrations coordinated by Anderson-McQueen in recent years include a final carriage ride for a woman who loved horses, production of a customized hubcap for an auto factory worker and a tailgate party for an avid football fan.

“We say a good funeral event is when people are crying one moment and laughing the next,” McQueen says. “It's actually very therapeutic for the family, whether they know it or not.”

Some of the changes at Anderson-McQueen over the last 11 years aren't too radical. The staff still dresses predominantly in black, but now there's a Legacy Cafe inside the main funeral home at 2201 Martin Luther King St. North offering Starbucks coffee. Windows have also been added to the original parlors to let in more natural light.

The funeral business of today has come a long way from 1952, when John Anderson and William McQueen established their first parlor in an old home in Northeast St. Petersburg and lived right next door. The single location grew into one of the most-frequented funeral homes in Florida.

Anderson died in 1970 and McQueen continued operating the business until his own death in 1987, after which his three children took over ownership. They have retained the Anderson-McQueen name in tribute to both founders, for whom Bill and John McQueen were named, adding that it doesn't hurt to have a higher alphabetical listing in telephone directories.

The family funeral business expanded through a series of acquisitions including Sunnyside Cemetery in 1984, the Tyrone Family Tribute Center in 1990 and McLeod Funeral Chapel in 1994. It opened a Cremation Tribute Center in 1997, allowing family services to be held at the same location.

Anderson-McQueen managed to maintain independence when many locally run funeral homes sold out to larger national organizations. It has also managed to grow its market share throughout Pinellas County over the last 10 years, largely from building a reputation for doing things against the norm.

“We used to have as many as six funerals in one evening,” says COO John McQueen. He says the chain has gone from handling 650 services a year in the 1980s to 2,100 annually now.

Because more of those services are cremations rather than traditional burials, Anderson-McQueen has found ways to generate more ancillary revenue to make up the shortfall. Video, catering and other family requests can be arranged as part of a funeral service package.

Value migration, in which customers look at pricing more than service levels, has led many funeral homes to operate a bit more like hotels, with funeral directors serving as event planners, Bill McQueen says. Families seeking more traditional services may not always like that, he admits.

“We don't want to try to be all things to all people,” he says, “otherwise we're going to go the way of the department store.”

Some of Anderson-McQueen's methods have drawn criticism, not just from industry peers but local residents as well.

The funeral home is looking to introduce the process of alkaline hydrolysis or chemical cremation — a more environmentally friendly process that doesn't involve burning bodies — that some compare to horror films.

Another option that has gained popularity in recent years is called LifeGem, in which a person's remains can be turned into diamond jewelry. LifeGem, based in Elk Grove Village, Ill., claims on its website that more than 4,000 customers have chosen the memorial method.

Cremation appears to be more of a preferred method along the Gulf Coast because of the higher number of retirees whose families want to take their remains back to their original home, John McQueen says. The remains are easier to transport than a full-body casket, he says.

Pre-planning of funerals is another area Anderson-McQueen has promoted successfully in recent years, as local residents embrace the concept of planning their own funerals, he adds. “Last year was our best ever for pre-need sales,” he says.

The biggest challenge Anderson-McQueen faces, according to Bill McQueen, is the fact that Pinellas County's death rate has reached a plateau because its population is getting younger.

As a result, it has to find new methods of gaining business that might go to other funeral homes, including setting up its own page on Facebook and offering webcasts of funerals for those who cannot attend in person.

It also introduced an alternative to the traditional black armband worn by mourners. A black rubber bracelet with the word “Remember” inscribed on it is offered to survivors of the deceased as a way to invite others to get them to talk through the grieving process.

While it is difficult to imagine innovation in the funeral home industry, Bill McQueen says it has become necessary as smaller, family-owned chains try to stay in business.

A funeral for Fido

Pets can become as beloved as family members, and it's not unusual to see owners strive for a greater tribute to a dog or cat than a simple backyard burial.

Anderson-McQueen Funeral Homes are happy to oblige, much to the dismay of other operators. It offers a service called Pet Passages that will cremate deceased animals and place them in urns for owners to cherish.

The pet cremations, which are handled separately from those for humans, occur more frequently because of shorter life spans, John McQueen says. Anderson-McQueen handled 2,600 pet cremations so far this year and he estimates the number will increase to 3,500 in 2011.

Bill McQueen says other funeral home chains have been critical of pet funerals, saying they degrade the profession. However, he points out that if the disposal of a beloved family pet is handled properly and gracefully, it may prompt that family to use the funeral home when a person dies.

“Our business is very much relationship based,” he says. He also points out that Pet Passages has its own Facebook page, with at least 1,500 “likes” so far. 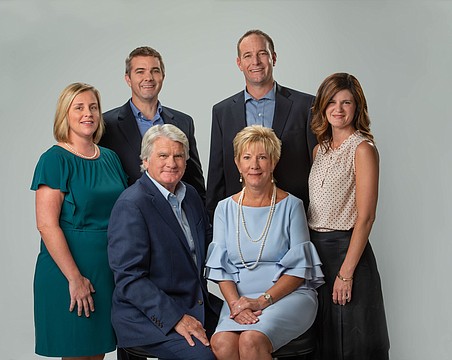 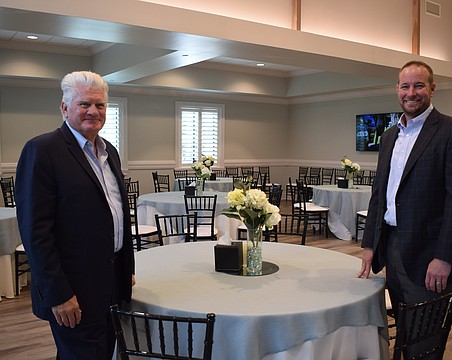 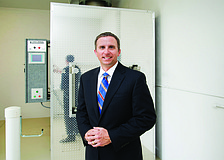 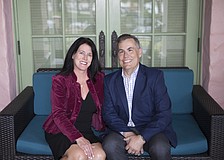 A tax not worth dying for