North Naples resident Michael Feuer, who built OfficeMax into a $5 billion office supply business, thinks the long-term economic health of Gulf Coast is on the mend.

So much so that Feuer (pronounced Foyer) thinks another type of health — the medical and wellness kind — will be his next blockbuster retail success. His plan revolves around Max-Wellness, a chain of retail stores he launched this year that will sell health products and support in a souped-up drug store-like environment.

“There is nothing like this in the U.S.,” Feuer tells the Review. “This is the first wave of a new wave in retail.”

Feuer opened a test store in suburban Cleveland last month, near where he founded OfficeMax. The next two stores in the country are being launched on the Gulf Coast: A store in Manatee County, on University Parkway just west of Interstate 75, opened earlier this month, while a second store, in the Gateway Shoppes at North Bay in Naples, is scheduled to open in early March.

The Max-Wellness stores, says Feuer, are designed to be bright and vibrant. The product list, with more than 7,000 items, is broken into three categories: Enhancement, prevention and treatment. That covers everything from yoga balls and bandages to vitamins and incontinence products.

Three other key elements to the concept, Feuer says, lie in training, technology and tact. The store's employees have health backgrounds, including nursing, nutrition and personal training. But Feuer says each employee will also go through at least 50 hours of rigorous training, through a program called the Max-Wellness Academy.

The technology aspect, meanwhile, stems from Max-Answers, a computerized tablet Feuer says will provide instant answers to health-related questions. The device, more common in hospitals, uses Wi-Fi technology to look up product information. It will be available to customers and employees for in-store use.

Finally, Feuer says the tact aspect of Max-Wellness is key in that customers who want to buy sensitive products — incontinence items, for one — should be treated with dignity. That will be part of the training and also the logistics; customers can hold personal products in a black bag while they shop, to maintain privacy.

Feuer says he selected the Gulf Coast to essentially debut Max-Wellness for both demographic and pragmatic reasons. On the former, the executive says the over-55 clientele prevalent in the Sunshine State is a target customer.

The pragmatic reason is really a lesson Feuer picked up in his two decades at OfficeMax. “To be successful in retail,” says Feuer, “you have to be near the customer.”

Feuer hopes to grow the Max-Wellness chain to 30-50 stores by 2013, with several more planned for the Gulf Coast. He says the recession hasn't scared him, especially since he launched OfficeMax with $20,000 in borrowed money in 1988, during another tough economic period.

“If you figure out the right twist,” says Feuer, “the bad economy could become an advantage.”

One advantage Feuer has looks at him in the mirror every morning.

He has been able to create some unique partnerships with vendors and landlords, he says, where he picks up products or retail real estate in exchange for equity in the company.

Feuer says he can pull off deals like that partially because of his success with OfficeMax, which grew into a 970-store chain in 15 years under his leadership.
Boise Cascade Corp. bought the company in 2003, when it was the third-largest office supply chain in the country, for $1.5 billion in cash and stock.

“I made a lot of people a huge amount of money in a short period of time,” says Feuer. “Not everyone has a track record like that.”

A Career Evolution
Michael Feuer knew he wanted to start his own business in the late 1980s, after he left his executive position with Jo-Ann Fabrics.

But he ultimately decided the time wasn't right to turn that niche into a large business. So he went with office supplies and founded OfficeMax. Even as he grew OfficeMax to $5 billion in sales, however, Feuer says he regularly thought about how to turn health and wellness into scalable retail.

Feuer's answer, he hopes, is Max-Wellness,. Two of the first stores are being launched on the Gulf Coast.

“The world has changed and people are living longer now,” says Feuer. “The country is in the midst of a lifestyle evolution.” 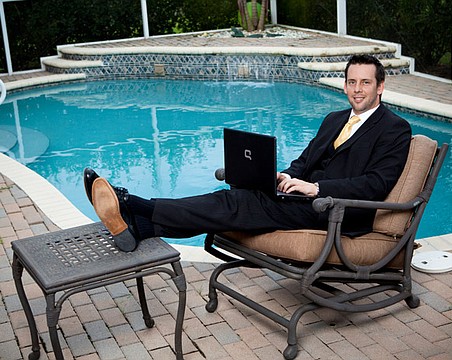 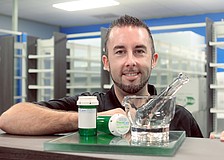 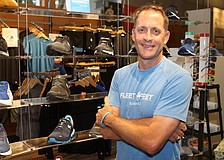 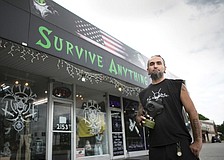