Over the years, the Koger Executive Center became a popular operating site for businesses that prize its central location to Clearwater, St. Petersburg and Tampa. About 117 businesses, such as Verizon Information Services and National Flood Services, lease space in the 15-building corporate park in St. Petersburg's Gateway area.

When their leases come up for renewal, however, these businesses will be dealing with a new landlord. New York's DRA Advisors LLC recently acquired the office park as part of $1.8 billion deal with CRT Properties Inc.

Once it closed the deal, the New York investment management firm sold a 15% interest in this portfolio of 11.7 million square feet of office space to Colonial Properties Trust, a Birmingham, Ala. publicly traded real estate investment trust (REIT).

The acquisition includes most of the office properties CRT Properties, a Boca Raton-based publicly traded REIT, acquired several years ago in a merger with Koger Equity Inc.

Of the 26 office parks purchased, DRA Advisors gained control over 671,398 square feet of office space in the St. Petersburg office park. It's an office park that reports occupancy rates of about 90% and average asking rents of $16.57 a square foot. The seller maintained nearly $26 million in debt on the property as of the fiscal year ended Dec. 31.

From a practical standpoint, the DRA Advisors operating entity probably paid much more than $79.8 million for the St. Petersburg properties.

Assuming a typically 75% loan-to-value ratio for commercial properties, for instance, the New York investment firm would have paid as much as $106 million or $158 a square foot.

It's uncertain whether the operating entity negotiated a higher loan-to-value ratio through Wachovia Bank NA, the lender. Officials at Colonial Properties, which now manages the portfolio, did not respond to a request for comment.

The ownership interest in the CRT portfolio only slightly increased Colonial Properties investment in the Tampa Bay area, public records show. Prior to the DRA Advisors deal, the company owned only 292,200 square feet of office space in Tampa's Concourse Center.

In this instance, the residents obtained $19 million in financing through BankAtlantic. About 180 residents each paid $49,000 to secure the financing.

Anyone who wants to live in the mobile home park now must buy a share in the co-op, says Foos, a retired electrical engineer. Shares for a lot there now sell for around $65,000.

PLANS, DESCRIPTION: For months Uday Lele has worked with Clearwater planning officials on a proposal for a beachfront condominium project. It's apparent the India-born entrepreneur feels confident about the project's outcome. He just purchased the redevelopment site.

Over the years, Lele established himself as a confectioner. His Dayhoff Inc. produces a candy known as Juicee Gummee.

Lele's company purchased the motel from Seawake Motel Ltd., a holding of Clearwater's Seven Seas Equities Inc. Don Seaton, Seven Seas president and CEO, is a second-generation hotelier who has served as chairman of Best Western International Inc. He is a former Florida Hotelier of the Year. 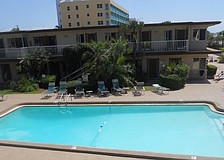 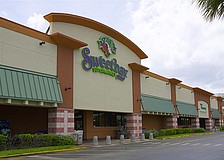 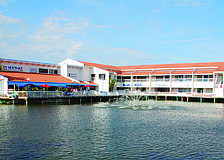