Mexico's largest private employer - Wal-Mart - is given credit for reducing the country's inflation rate. Its rivals are unhappy.

MEXICO CITY - Standing in his cramped stall in Mexico City's Bugambilla market - a concrete building teeming with food, flowers and household items - Jorge Llerena says his profit from selling beans and rice has dropped 5% in the past two years.

The reason: Customers he's had for two decades are shopping at the Wal-Mart de Mexico SA supercenter five minutes away.

"Wal-Mart has a better range of products," says Llerena, 52, rubbing his gray stubble in his 10-foot-by-10-foot booth. "To keep business, we've had to sacrifice our profit margins."

The world's biggest company by sales set up shop in Mexico in 1991 with a Sam's Club warehouse in Mexico City. Its early stores were 50-50 partnerships with Mexico's biggest retailing chain, Cifra SA.

In 1996, Wal-Mart merged its Mexican stores into Cifra and paid $1.2 billion for a 62% stake in the new company, which it called Wal-Mart de Mexico.

Shares of Wal-Mart de Mexico, 38% of which trade on the Mexico City Stock Exchange, have more than doubled since the company's creation. Now valued at $14 billion, Walmex, as it's known, is Mexico's third-biggest stock, behind Telefonos deMexico SA and America Movil SA.

Since Wal-Mart moved in, everything from Mexico's workforce to the country's inflation rate to the efficiency of suppliers has been affected. The company makes 92% of its purchases, or about $8 billion a year, in Mexico. That's equal to about 1.3% of Mexico's gross domestic product.

Since 2001, Walmex has added 26,000 jobs. Mexico's unemployment rate rose to a six-year high of 4% in August 2003. Today, Walmex is Mexico's largest private employer, with about 101,000 workers. That compares with 38,000 at Organizacion Soriana, its closest competitor. During the same period, rival Controladora Comercial Mexicana shed 12% of its employees as it acquired a smaller rival.

For some job hunters, Walmex is the only game in town. "I looked for a job for a year and a half after leaving high school, and finally, I was happy to find this," says Jocelyn Robles, 18, who was making $1 an hour stocking shelves for the Christmas season at Walmex's supercenter in the Buenavista neighborhood of Mexico City. She says the pay is "OK" - similar to what her friends earn.

Walmex, like its American counterpart, discourages its employees from joining unions. It pays an organization to negotiate collective contracts to comply with labor laws, says Marco Antonio Torres of the Center for Labor Studies. He says Walmex simply keeps the contracts on hand to meet legal requirements. Walmex says it acts in line with competitors.

Walmex has helped reduce Mexico's inflation rate, says Edgar Amador, an economist at Stone & McCarthy Research Associates in Mexico City. That's because goods that Walmex sells, such as Lalamilk and Tia Rosa tortillas, account for 42% of the items the central bank uses to measure prices.

"One unknown ally of the central bank's success against inflation has been Walmex," Amador says. "It goes all the way down the chain to the producer."

In 2003, Walmex sent 15 employees from Mexico City to teach Mexican textile manufacturers to work more efficiently. One of the goals was to receive orders in six weeks rather than six months. Also, suppliers will download shirt designs straight onto their computers rather than work with physical patterns.

In 2002, Walmex's demands on suppliers led Mexico's Federal Competition Commission to investigate what it called "monopolistic practices in self-service stores." The commission was suspicious that Walmex was using its size to force suppliers to sell at better terms than they gave to competing stores. On March 6, 2003, it ended the probe, saying there was no evidence of monopolistic practices.

Claudio Gonzalez, CEO of Kimberly-Clark de Mexico SA, says Walmex has been good for his company, which sells Huggies diapers and Kleenex tissues.

"We find ourselves very energized by what we have to do to meet Wal-Mart's requirements," Gonzalez says. "Because we're being demanding with our suppliers also, the whole chain works, and you become more competitive as a company and as a country." 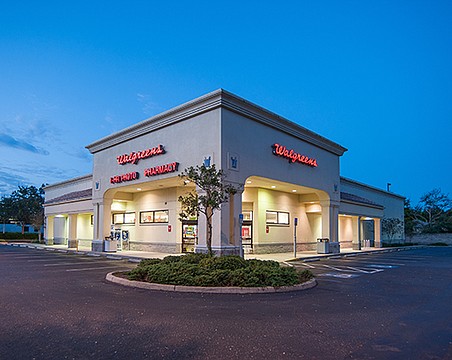 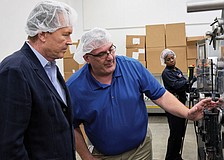