All the talk about the city of Sarasota getting 300 public parking spaces at a bargain price at the Whole Foods development is just that - talk. Read the contract?

This is the second of two parts.

Ask a Sarasota city official or a member of the Community Redevelopment Agency Advisory Board why they approved more than $6.6 million in incentives for the Whole Foods project downtown. One of the primary factors, they'll tell you, is the city will get 300 public parking spaces downtown.

And there's the misconception. It's that word - "get."

In the public relations spin, city officials in the past two months have suggested the developer, Casto-Zenith, is giving the parking spaces to the city at a bargain price in exchange for the incentives.

Fact is, if you read the contract, the city has agreed to pay full price for the parking spaces.

As to the exact price? Well, no one knows for sure.

The entire project, which also includes more than 90 condominiums and other retail stores, will have four levels of structured parking. The ground level will have about 150 parking spaces to service the ground level retail and grocery store customers. The next two levels will have 150 spaces each of free public parking spaces. The top level will have 150 private spaces to serve the condominium residents. Those two levels of public parking will more than double the number of public spaces on those parcels, with someone other than the city managing the construction.

And this is not just any parking. It's "disguised" parking, which means it won't be an eyesore. Its architectural design elements will blend with the adjacent buildings, an increasing trend in structured parking design, more expensive than construction of traditional parking garages.

The Five Points Plaza project, for example, includes disguised parking, at an estimated cost of $16,000 per parking space. One city consultant estimated the cost for the city to build architecturally attractive parking structures in the downtown or bayfront area would be $15,000 to $18,000 per space.

So when Casto-Zenith announced to city representatives its estimated construction cost of these parking spaces at $11,000 per space, the city touted it as a great deal.

Of the $6.6 million in incentives that has been discussed publicly, $3.3 million of that is allotted to pay for the 300 parking spaces. The city is not getting those 300 parking spaces for free, but by those numbers, it will get them for $11,000 each. At least, that's what most city representatives thought.

They're going to cost much more than that.

In its initial presentations, Casto-Zenith was going to build two levels of parking, just for its retail tenants and residents' use. But at some point - it's unclear when - the city and the developer agreed that the project would add the two levels of public parking. "We decided to take advantage of the economies of scale," says Karen Hartman, Sarasota's director of downtown redevelopment.

Casto's Dec. 12, 2002, construction budget for the project shows plans to build a structure of 450 parking spaces at $11,000 per space, for a total cost of $4.95 million. The total number of spaces later increased to more than 600, and the city continues to tweak the architectural and design elements of the structure, but that $11,000 estimate continues to be used at city hall.

Every time city staff and the city's attorney on the issue, Orlando-based David Cardwell, presented the parking deal to the City Commission sitting as the Community Redevelopment Agency or to the CRA Advisory Board, it quoted the cost of $11,000 per space for 300 spaces. Based on the minutes of the CRA and CRA Advisory Board meetings, as well as interviews with boards members, they believed the city would be paying $3.3 million for the 300 spaces, and that's one of the reasons why they approved the deal.

But that's not what the contract says. The "Agreement for Redevelopment and Disposition of Property," a 68-page contract between the city and Casto-Zenith dated April 7, 2003, lays out the terms of the deal. In Section 5.05, entitled "Parking Facility Payments," it states that the city, by and through the CRA, will pay for the design, construction and completion of the public parking spaces at a cost estimate of $11,000 per space.

Brett Hutchens, president of Casto-Southeast, says the $11,000 estimate came from a review of the Five Points Plaza parking plans, with adjustments, and studies of Casto's other parking structure projects. "The number could get closer to $15,000 per space," he says. "Additional architectural elements being required by the city will move the price up, probably not to $15,000 per space, but it maybe close."

That changes the equation. If the cost of the spaces rises from the $11,000 cost used to sell the city on the deal to $14,000 per space, for example, the city's cost for the spaces rises from $3.3 million to $4.2 million, and the amount of incentives the city is awarding Casto-Southeast goes up another $1 million.

John Tylee, executive director of the Downtown Association and current chair of the CRA Advisory Board, expressed surprise at the news that the price likely would be more than $11,000 per space. "Casto said it would be $11,000 per space," says Tylee. "The advisory board questioned that price, asking for a clarification of the structural differences between the Whole Foods parking and the Five Points parking, which we knew was $16,000 per space. I don't know where the parking number comes from and I don't know about the architectural changes, but we were told that the parking agreement is a separate agreement. We were led to believe it was the second order of business, and it is not clear whether it would come back to the CRA or not."

Indeed, the contract between Casto and the city makes reference to a separate parking agreement. Hartman says that agreement is still being negotiated. But that agreement will not do any more to solidify the cost the city will pay for construction of the spaces. The main contract says the parking agreement will only set forth the terms of control, maintenance and operation of the public parking spaces once they are built.

"We gave the city the air rights over our property; that hasn't been mentioned," says Hutchens. "The original purpose of the land was parking, and the city is getting the air rights for that parking for free."

got for the money

Benefit: Flagship grocery/parking project in downtown and fulfillment of priority Duany goal that makes valuable use of blighted parking lot and will bring in an expected $5.4 million in tax increment revenues while increasing downtown foot traffic.

Cost: Minimum $3.3 million, but could ultimately cost $4 million or $5 million.

Benefit: Air rights over Casto-Zenith property on which to locate 300 public parking spaces.

Benefit: City-owned property of about one acre, the market value of which is the subject of debate - from $0 to $5 million.

Cost: Free, so long as a grocery store is located on that site for at least five years; otherwise the property reverts to the city.

Benefit: Control of sidewalks and a portion of the perimeter streets around the project to minimize encroachment problems (See sidebar).

Cost: Free, but subject to reversion to city ownership and control if the project is ever demolished and rebuilt

Another unprecedented element of the project is the street vacation. On May 19, Casto's Project Manager George Linder asked the city to vacate to Casto a portion of the perimeter streets - seven feet into Lemon Avenue and as much as 20 feet into Central Avenue and 1st and 2nd Streets. The rationale? Given the project's service, design and zoning requirements, as well as safety, aesthetic and traffic concerns, it just made sense. The only other option would be to allow Casto a series of major and minor encroachments into the street.

In its letter, Casto describes the importance of a "grand entrance" in the form of a portico along Central Avenue which would need to extend beyond the Casto-Zenith property line in order to be effective. Linder wrote, "Without such an entrance, the marketability and viability of this project is questionable."

The city agreed, and vacated some of the perimeter property to Casto - seven feet into Lemon Avenue, which is a total of 60 feet wide, as well as about 12 feet into Central Avenue, also 60 feet wide. Casto will own and control that portion of the public property, the real estate value of which has never been included in any discussion of incentives, though it certainly has value separate from the value of the public parcel the city gave Casto for the project.

Of course, Casto also takes on the liabilities associated with that property. Casto has assured the city that it will "maintain the sidewalks in a safe and orderly manner and provide outdoor seating. Maintenance will include cleaning and sidewalk repair to avoid trip hazards and provide a smooth surface for persons in wheelchairs." 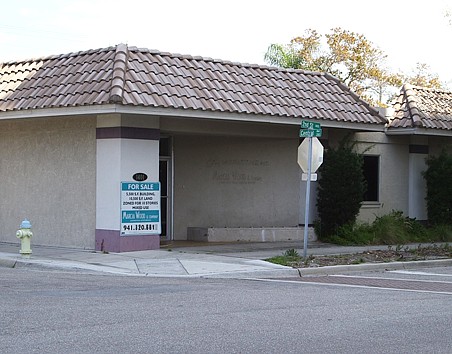 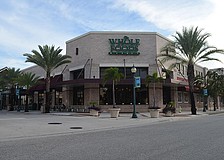