Sharks. Shysters. Bottom-feeders. Snakes. Sleaze. Call them what you want, but every business person needs at least one he can trust. Of course, we're talking about lawyers.In truth, a few unethical lawyers out there have tainted the reputation of the bunch. Most lawyers are dedicated to representing their clients' interests with integrity and fairness, and many are equally dedicated to contributing to the betterment of their community. The Gulf Coast attorneys profiled in this special report exemplify that dedication.

George Mazzarantani started his career as an architect. Then he took his creative talents to the field of law. Now he's applying both to Sarasota's economic future.

When George Mazzarantani was in high school in Miami, he excelled at the 100-yard butterfly and lettered in water polo four consecutive years. He had taken lifeguard certification classes, and, like most Florida teens, wanted that dream summer job as a lifeguard.

His father said no, and instead put Mazzarantani to work doing manual labor for his construction company. The high school kid stood alongside mostly Cuban refugees unloading tractor-trailers by hand, working the circular saw and occasionally driving the forklift. It was not really a surprise - the boy began working the drill press, standing at it for as much as 7.5 hours a day, for his father's company when he was only 12.

The experience left an indelible mark on Mazzarantani. He learned what it really means to earn a living. He learned the importance of hard work. And he learned the joy of creating.

Creating is what Mazzarantani is all about. While working with Sarasota developer Tom Dabney and the Greater Sarasota Chamber of Commerce Board of Directors, Mazzarantani helped create the new chamber headquarters on Fruitville Road - on time and on budget, he notes. A shareholder and real property/ business transactions attorney with the Sarasota law firm, Abel Band Russell Collier Pitchford & Gordon, Mazzarantani, 43, focuses his law practice on helping companies and individuals create new developments, new ventures and new relationships.

As a member of Startup Florida's advisory board, he contributed to the incubator's creation and its investment club, as well as to some of the entrepreneurial ventures affiliated with it.

"George has a great business mind," says Rich Swier, one of the managing partners of Startup Florida. "Not only is he extremely trustworthy, he's very personable. He actually listens, he's easy to talk to, and he has a keen understanding of your real needs. He goes beyond work and really creates relationships."

Mazzarantani's parents, Renato and Nancy, moved to Miami from Argentina in 1957. "My father blew through college, taking a full year of school every summer and graduating with an engineering degree at age 18," says Mazzarantani. "He didn't want to do that. He had to because of the financial climate. He needed to work. He owned his own company in Argentina, but he knew the political climate there was not going to change. No matter how hard you worked, you would never get ahead if you weren't connected politically." When Mazzarantani's parents moved to Miami, his father had been out of school six years. He was 24; Mazzarantani's mother, a teacher, was 21 and pregnant.

The Mazzarantanis did not find work quickly. For the first 18 months, the senior Mazzarantani worked as a manual laborer in the construction industry while his wife worked behind a counter at Burdine's. Her teaching certificate was not recognized so she had to start her schooling over again.

Finally, a window company hired the elder Mazzarantani as a draftsman; 17 years later, he bought the company.

The construction world was contagious for the younger Mazzarantani. When he went to college in Miami, he sought to become an engineer like his father - until he encountered a few challenging math classes. That's when he turned to architecture.

"I learned that what I really like is putting things together, creating something that adds value," says Mazzarantani.

Once Mazzarantani had taken Drafting 101 his first year of architecture school, his father put him to work at his company as a draftsman. Mazzarantani worked through college.

While in college, Mazzarantani got an opportunity to spend almost 18 months living in Venice, Italy, to study architecture. From his Argentinian roots, his Miami childhood and his time living in Italy, Mazzarantani is fluent in conversational and transactional Spanish and Italian.

Mazzarantani graduated with a bachelor's degree in architecture from University of Miami School of Architecture in 1984 and went to work in a Miami firm, designing high-rises.

A few years into his architecture career, Mazzarantani, then about 27, was having dinner at his parents' house. He had spent yet another day in project meetings with attorneys who seemed to know a lot about law but little about the project and its requirements.

"I thought, if I could combine law and my architectural knowledge, I could really use my skills even better," recalls Mazzarantani. "So at dinner, I was saying, 'Man, I should have gone to law school.' My father looked at me and said, 'What's stopping you?' It was like this¦" He pantomimes suddenly freezing with a fork halfway up to his mouth over the dinner table, eyes riveting to the side, where his invisible father sits.

"I had just spent eight years becoming an architect," he sighs. "The thought of going back to school for three more years was not exciting."

He went to Georgetown Law School in Washington, D.C. When he graduated from law school in 1990, Mazzarantani returned to Miami, hired by Holland & Knight to work with and for the firm's managing partner.

"My job as an architect was really not that different from being a lawyer," he says. "A client comes to you with a problem. They've got some land, an idea and a certain amount of money, and it's your job to put all the pieces together to solve the problem and bring the idea to life." It's the same with law.

Married to a former Miss Florida, Mazzarantani and his wife have two children, a 4-year-old daughter and a 7-year-old son. The couple has lived in Sarasota for 11 years. It took a hurricane to give up his roots in Miami.

"Sandy and I knew we wanted to start and raise a family, and Miami was ¦ too much," says Mazzarantani. "Hurricane Andrew came through the night after our engagement party in 1992. My parents evacuated. We should have, but we didn't. It was scary." The Mazzarantanis did get one positive souvenir from Hurricane Andrew - their shepherd/labrador dog named Drew-B (short for Andrew-Big Storm). Drew-B was abandoned and left out in the storm when he was only 10 days old; the Mazzarantanis adopted him from the Humane Society.

"Sarasota sort of reminded me of what Miami was like when I was growing up," he says. "I probably did not do as much due diligence on the town as Sandy did. Instead, I just got a really good feel from this firm (Abel Band). The people at this firm place a very high emphasis on the quality and type of work we do, but quality of life is also important to people here. It just felt right."

After acclimating to the move, Mazzarantani started getting involved. He became the general counsel for the chamber of commerce and now is serving his second term as a chairman appointee to the board. He started winning high-profile clients, such as Publix, which got his name through referrals.

He took on pro bono work, too, handling, for example, a transaction for a client who gifted land and funded an annual scholarship fund for underprivileged students at a major university. He also has done a little entrepreneur matchmaking. He brought together Ken Goldberg, one of the founders of the former CFT Consulting and Startup Florida's Swier, who are now principals of HighWall Technologies, a startup.

"More important to me than being able to bill someone is building a relationship with people who can really do something for this area to move it forward," says Mazzarantani. "I like to solve people's problems with strategic thinking and add value in ways they may not have thought about. I have an economic development mindset. The community could be doing even more to create and bring in more companies like HighWall, but we're off to a great start.

"In five years, Sarasota will look different, and it will feel different. For years, people kept saying Sarasota was Florida's best-kept secret, but the secret has long been out. I just got back from interviewing at law schools in Miami, and I am amazed by the number of law students who want to come here. I have clients across the country who are relocating here and bringing with them their different ideas. I feel lucky I got here when I got here." 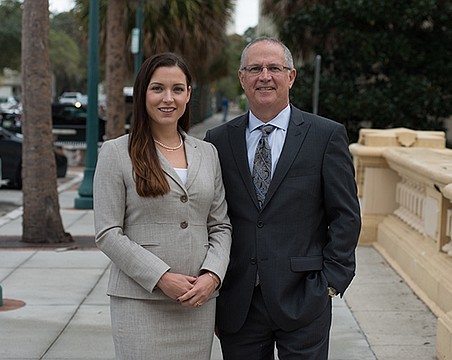 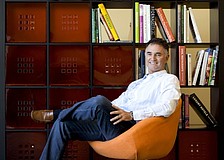 Snapshot of a Dream Job