Admobile of Tampa Bay tries a new twist on an old concept. But its moving billboards may not be able to stay in one place for very long.

Tailgating Tampa Bay Buccaneer fans who don't down too many brews around Raymond James Stadium this season might spot traveling advertisements for Coors beer and other products on Rob Stuart's Admobile of Tampa Bay vans.

Think of Admobiles as airplane sky banners - without the neck strain.

Stuart, president of Mobile Advertising Solutions Inc., uses the same three-sided message delivery as the Interstate 4 billboards that spin around for tourists en route to the Orlando theme parks. This so-called tri-vision technology is shrunk to fit an Admobile about the size of a small moving van.

Although not as big as billboards, Admobiles have four display spaces - two on the sides, one on the rear door and one out front over the cab.

Stuart boasts that Admobile is one of the most effective yet least expensive ways to promote consumer goods. "I give people more coverage than a regular billboard for less money," says Stuart, who can spread his costs among up to 12 advertisers on each van. "It's pretty much street-level, in-your-face marketing that people remember."

Tri-vision vans are four times as effective as standing billboards in getting consumers to remember brand names, according to Outdoor Advertising Magazine.

But Stuart has encountered an unexpected problem. A Hillsborough County code inspector cited Stuart last month for parking the vans - with their commercial messages on full, if not rotating, display - in a Town 'N Country shopping center lot. The county says stationary Admobiles constitute illegal signs.

Admobiles still have it all over billboards when it comes to government regulation, according to Stuart, who majored in marketing at the University of Missouri.

That was one reason why Stuart liked the Admobile idea right away. "I'd say within the first day or so, I knew somehow I'd end up doing it," he says.

Admobile creator Bob Tarabella met Stuart in Tallahassee for a demonstration at last year's Florida-Florida State football game. "As soon as I saw the truck, my jaw dropped," recalls Stuart. "It was everything and more that I thought it would be."

Stuart says his reaction is replicated every time he gets behind the wheel of an Admobile. On a recent drive to Clearwater, Stuart points to pedestrians and fellow motorists who stare or just smile. "People are drawn to motion," he says. "The motion, the rotating of the signs, just catches their eyes. Once they see it, they wait to see what the next ad is."

Stuart, a 37-year-old former restaurateur, sold alarm and telecommunications systems before getting into Admobile. "I have the entrepreneurial spirit, some people call it," he says. "I just don't like working for other people. I don't consider myself an entrepreneur. I just prefer to do things my way."

Tarabella let Stuart become his second Admobile affiliate. There are now 27 nationwide. Stuart brought in an equity partner and put his first Admobile in service last March. His goal is to put a dozen Admobiles on Bay area roads. By then, he projects annual sales of $1 million.

Stuart claims that won't come at the expense of Clear Channel or Viacom. But he admits his initial list of sales prospects came from the advertisers he saw on local billboards.

The Admobiles hit the streets twice every weekday for shifts that imitate a radio station's "drive time." Stuart steers his drivers to the most-traveled routes by examining traffic studies.

When the drivers break for lunch, Stuart borrows an Admobile to show potential advertisers. "I drive by billboards all day that are five or six thousand (dollars) a month," says Stuart. "We're a fraction of that."

On his Clearwater trip, Stuart favors three-lane highways where he can drive in the center lane for maximum exposure.

Admobile is all about attracting eyeballs. So, unlike some Floridians, the Admobile operator finds it profitable to obey traffic laws. "We usually go under the speed limit," Stuart says. "We stop at yellow lights. We want to be the first vehicle at the intersection."

Admobile of Tampa Bay is having a tougher time with sign codes. Stuart is perplexed by the Sept. 30 county citation. "I've talked to some of the code enforcement people and, as long as we're moving, we don't violate any law," Stuart says. "When we park, according to them, we're governed by the same sign ordinances that everybody else is." But certain types of branded commercial vehicles are exempt and Stuart believes Admobiles can squeeze into one of those categories.

Regulators hassled Admobile founder Bob Tarabella, too. In his hometown of Mobile, Ala., Tarabella had to yank his vans off the streets for a while after running afoul of a sign ordinance.

Not all public officials are offended by rolling billboards. A few of those who run for office have started to buy moving ads for their election campaigns, says Stuart. Admobiles may become a quiet throwback to the days of megaphone trucks in ward politics. 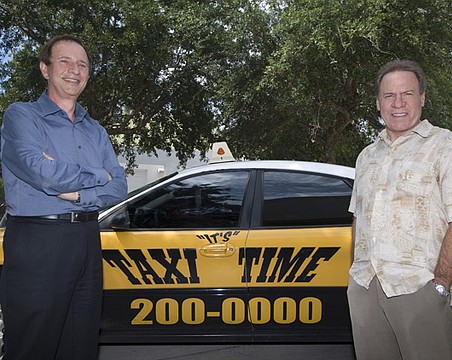 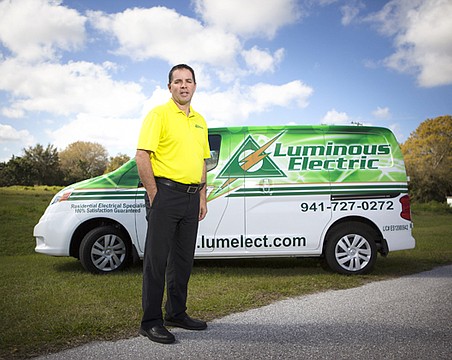