of historic commercial and residential properties.

Hamilton Jones might as well have found gold when he discovered the vintage commercial photographs. Buried deep in the public archives he saw exactly how the 78-year-old Palace of Florence appeared before time altered the grand Mediterranean-style apartment-hotel building on Tampa's Davis Islands.

A slew of photos depicted the subtle but all-important building details - window light patterns, cornices, medallions, light fixtures. The discovery also cemented important historic designations on what has become a marquee property for a local developer who has found a lucrative niche redeveloping vintage properties.

"Quite frankly, it's one of the nicest jobs I've seen in a long time," says Walt Marder, a state Bureau of Historic Preservation architect who coordinated Jones' petition to earn federal tax credits on the already designated national historic site. "It was a really nice, existing building, but there had been various changes. It was rundown, but no one had gone in there and messed up the fabric. So the potential for a really good project was there. That happens with a lot of buildings, but the potential is not always realized. In this case it was."

Demand for space in the 28-unit apartment building has been staggering since Jones completed the $1.5 million renovation project. A waiting list of young professionals grew quickly - each willing to pay $965 a month for just a one-bedroom apartment that rented at $475 prior to construction. "They're tired of the big, non-descript 'Post-type' properties of the world," says Jones, 39, president of Gaspar Properties Inc. "They're looking for historic charm, smaller properties, where they can even save, maybe, a couple hundred dollars a month."

Since forming the company in 1995, Jones has acquired a commercial real estate portfolio that includes nearly 140,000-square-feet of office and retail properties throughout the Tampa Bay area and about 140 units of mostly historic-designated apartment homes throughout Tampa's Hyde Park and Davis Islands communities. He even successfully earned historic designations for three vintage office buildings he owns in downtown Tampa.

"We process a lot of applications (for historic designations)," says Del Acosta, Tampa's historic preservation manager. "Most of them by volume are single-family homes; most of them are homeowners. Hamilton is one of a handful of developers we deal with on a regular basis. He's a very professional person who understands historic preservation. He makes it seem easy."

Jones says his success as a redevelopment specialist came about purely by chance. The Tampa-born graduate of Plant High School studied business and finance at the University of Florida, earning a degree in 1986. After working a year in Jacksonville as a sales representative for Ringhaver Equipment Co., Jones returned to his hometown and went into business for himself. He focused on the single-family rehabilitation market. "I'm self-taught," he says. "I bought houses and fixed them up. I looked for fixer-uppers and distressed situations. I looked for a lot of foreclosures."

Over the years, Jones frequently drove by the Palace of Florence and wondered about its past glory and its neglect. So he made a bid for the property, banking on his success with single-family renovations. The bid came high, he acknowledges - a $1.2 million package deal for the Palace of Florence and two 12-unit apartment homes. "I paid a premium then; I just liked them," he says. "It's hard to get this type of historic structure. They don't come on the market everyday."

Once he completed the purchase, Jones embarked on an arduous task of declaring each of the properties as historic sites. In the case of the Palace of Florence, for instance, he submitted applications to Tampa's Architectural Review Commission, the state Bureau of Historic Preservation and the National Park Service, which maintains the National Registry of Historic Places.

Despite the river of red tape, Jones says the historic-designation process offers considerable rewards in the form of city and county tax abatements, or property tax deductions on the amount of value added to the property after construction; and federal tax credits, or a 20% credit back on the actual cost of construction. That translates into about $300,000 in just federal tax credits on the Palace of Florence. "Inducement of the tax credit is to preserve (the building) to the Secretary of the Interior's standards for historic preservation," Jones says. "They're saying, 'If you do it to our standards, we'll throw you a tax credit.' "

"They were pretty much just used for storage, with no commercial value," Jones says about the office buildings. "They needed too much work. But the opportunity presented itself. I'm not hemmed in on any one property type."

By January 2001, Jones generated enough leasing revenue from his others properties, crossed enough government hurdles and obtained enough financing to begin construction on the Palace of Florence. "We kept it leased up until then," he says about the historic building. "But for 18 months there was no (rental) income."

The expansion into St. Petersburg and the $7 million renovation of the office building tested Jones' resolve, however. "We bought it in August 2001, then 9/11 hit," he says. "We thought long and hard whether we going to do it. We knew the lease-up period was going to add a year, maybe two, in additional time. Now it's two years later. We bought it because it a great location and a great structure."

Now, Jones says, the market outlook seems much clearer. Construction on the St. Petersburg building progresses well. He even reports 100% occupancy in his office buildings during a time when office occupancies in Tampa's central business district averages in the high teens. That outlook bolstered his decision earlier this year to make a bid for what may be one of the highest profile redevelopment efforts ever in the CBD - renovation of the old U.S. federal courthouse.

In anticipation of an acquisition, the city of Tampa sent out a request for proposal for renovation work on the recently purchased courthouse to about 275 qualified companies. Only two bids came back, with Gaspar Properties submitting the lowest bid of $5 million.

Since then, however, Tampa Mayor Pam Iorio has scrapped the plan as she grapples with a larger issue of how to stimulate downtown economic development. A new RFP on the courthouse renovation is expected in about 90 days.

"The initial (RFP) gave us kind of an overview of the interest in the downtown area," says John Fernandez, a supervisor in the city's real estate division. "One of the key components is this federal courthouse building will become the catalyst for economic development in the northern downtown area and the (nearby) public arts district. We're hopeful this will have more of a resounding intake by the public developers."

In response, Jones welcomes the competition. "Our edge on the courthouse project?" he asks. "I don't think there is a developer in town who has as much historic preservation, restoration, redevelopment experience as us."

And there is one competitor who agrees.

"South Tampa is a very small place with a tight network of owners," says Rick Wolfe, president of Rick Wolfe & Associates, a diversified real estate services firm with multifamily redevelopment experience. "And Hamilton is exceptional when it comes to redevelopment of properties. So it's hard to miss his work. He's very detail-oriented and goes to exceptional lengths to restore properties to what we would believe to be their original form.

"Hamilton does such an awesome job that I don't think people consider him as much as competition as they view him as a contributing member of the real estate community," Wolfe adds. "In other words, he raises the bar to a level that gives the general population the belief that real estate people are good."

INC. AT A GLANCE

Business: A privately owned real estate investment and development company that focuses primarily on the redevelopment of historic commercial and residential properties. 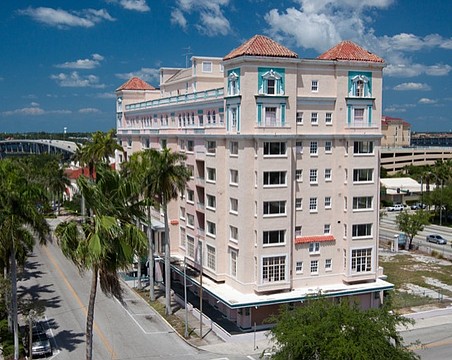 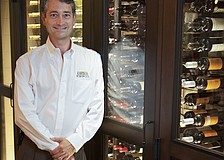 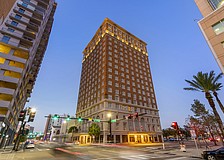 Wonder of It All