Parents: Father owned a hair salon and apartment complexes, and was involved in commercial real estate. Mother was a nurse.

Career: Craven was refused entry into his top four law schools, so he abandoned the law as a career choice, and went into marketing. He served an internship with Anheuser Busch, and then with Coca-Cola, before starting his own public relations firm, Oceanside Enterprises. Later, he ran TwentyFirst Network, before joining RedVector in 2000. He was promoted to CEO in July 2002.

Profile: Tampa's RedVector.com offers online continuing education training for professionals in engineering, architecture, interior design, building inspection, construction, land surveying and landscape architecture. The company launched in July 2000, the same year President/CEO Brent Craven joined as vice president of operations. In its first year, RedVector did about $750,000 in revenue; $2.5 million its second year, and expects $5 million this year, says Craven, adding that about $1 million of the $5 million will be profit. Forty-two people work at Two Urban Center in about 8,200 square feet in the WestShore business district. The company plans to double its office size next year.

Next step: "A lot depends on what we decide to do with the company from an investment standpoint, from a capitalization standpoint. Without any influx of capital or changes to our business model, we're on track to do $7 million next year, $12 million the following year and so forth. So at that point, we'll either employ some form of an exit strategy or we'll begin acquiring, expanding into other industries; acquiring some other providers."

Clients: "Most of the professionals we're providing our service to are cross-licensed in more that one state. If you take a Florida engineer, in about 50% of the cases, that engineer is going to have licenses in the surrounding states. Well, if they take their credit with anyone other than a RedVector, (which is) nationally approved, they're going to have to take those hours over and over and over again in each state they have a license, with somebody that that particular state accepts as a registered, approved provider."

Business Challenges: "Keeping up with the exorbitant amount of growth we're facing. A year ago at this time we had 16 (employees). Now we have 42. Next year at this time we'll have 68. Obviously you have operating space concerns, logistical concerns as far as benefit packages and maintaining an even balance between revenue generating positions versus support positions. Making sure that while we're experiencing this growth, we're also staying on focus, on track for our business plan. Keeping a board of investors and 42 employees happy; and having a personal life."

Most Influential Books: "How to Win Friends and Influence People," by Dale Carnegie, and "Who Moved My Cheese?" by Spencer Johnson.

Work Week: Monday through Friday, 7 a.m. to 5 p.m. and some Saturdays.

Management Style: "One thing a lot of executives miss, they see perks and things they might do for their employees as cost prohibitive. Having come from the other side, I look at it as cost effective. For example, we put in a smoothie bar in the office. The attorney thought I was absolutely crazy when I asked him to draw up a smoothie disclaimer. I can assure you that employees' trips downstairs to the donut line and pop machine have been cut by about 80%. That productivity gives a lot more in terms of revenue than the expense of fresh fruit and protein powder. (Also) I walk the floor of this business at least three times every single day that we're open. And I interact with every employee. Because I interact with them, there's a respect there, not a fear. They feel comfortable popping in my office and sharing problems or ideas with me. I think that's absolutely vital to the success of the company."

On Stress: "I manage stress in two ways. One is through success. As long as I feel that we're moving in a forward direction, that consumes my stress. As far as what I like to do if I get out and get away to blow off steam, I'm a very big water person. I have a boat. Just to get out on a boat and put the throttle down and have the wind in my hair."

On Success: "The biggest thing that motivates me is being told it can't be done. That inspires me."

Lesson Learned: "We cost ourselves a year when we started because we came out of the gate kind of like all the other Internet companies, thinking build it and they will come. Don't get me wrong; the company was doing great but not as good as we feel it could have. We felt the problem was, we had people here on a reactive, customer service basis, but we didn't have an outbound (sales) effort until a year after we launched. ¦ Knowing what I know now, we would have started our call center, which now has 20 employees, who make an average of 1,200 calls a day, the day we started the company."

Other interests: "I'm very active in the Pinellas school system, very involved in the kids' schools and extracurricular. Honestly, between running a business that's growing at 168% every year, when I'm not here I'm at a school meeting or I'm at a baseball game or I'm somewhere on the road in between. I don't have a lot of down time." 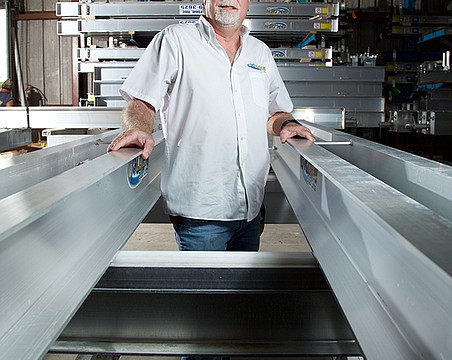 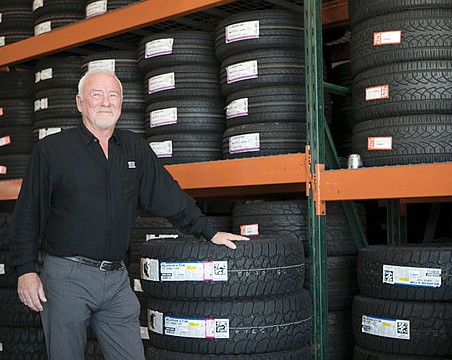