What started as a coworking venture has shifted to more than space provisions.

Southwest Florida entrepreneur Brian Samelson is proud of how he built a multimillion-dollar business — pioneering a Software-as-a-Service subscription model for maintenance management — by bootstrapping it. He started the company, eMaint, in Philadelphia in 1986 and sold it to a Fortune 500 company in 2016.

‘Realistically, we’re not going to be Silicon Valley tomorrow. But this is an opportunity to bring more technology companies together.’ Alex Allen, Two39 Group

“To me it’s all about execution,” Samelson says. “Don’t get so caught up in raising money you forget about the core of the business. If you’re going to give up equity (to raise money) you have to have a strong enough business plan.”

Samelson brings that philosophy to his latest venture, the Two39 Group. Named after the Southwest Florida area code, 239, Bonita Springs-based Two39 Group is one part coworker space, one part venture capital fund, one part business incubator and one part media company. The overarching goal: to create, grow and connect a network of tech entrepreneurs in Southwest Florida. “All the brands are designed to help people,” says Sorena Vargas, who handles media relations and is a graphic designer with Two39 Media. “That’s our biggest mission.”

That mission, Samelson says he discovered when he moved to the region fulltime in 2015, was lacking locally. “I wasn’t really aware of the tech community in Southwest Florida,” says Samelson, who relocated eMaint to the region in 2012, a few years before he sold it. “I knew there were pockets of it but it was somewhat disjointed. It was hard to find the core of the community.”

The coworker space came first. Samelson and a top employee from eMaint, Alex Allen, launched Two39 Work in 2018. They leased some 16,000 square feet of space in a centrally-located building in Bonita Springs. Then they designed it with some cowork staples, including foosball and a pool table, some comfy couches and chairs and conference and meeting space. While they got some tenants, it was a low-margin venture. “The co-working space was really a means to an end,” Allen says, in looking toward building a larger tech community.

The led to another side to the Two39 Group: Two39 Ventures. For that, Samelson has teamed up with Aaron Stafford, a former account executive with software firm Gartner and team leader at Salesforce. With their own money and some from outside investors, Two39 Ventures has invested about $3.5 million in a handful of companies since forming in early 2020, right before the pandemic. One of the companies it’s invested in is Underdog Fantasy, a fantasy football app launched earlier this year under the Mark Cuban family of companies. “We want to find (and) connect inventor investors with real sexy opportunities,” Stafford says.

Stafford and Samelson say the pandemic has actually been a chance to source more deals, as some venture capital firms divert resources to COVID-19 related interests. “There’s a lot of bad things happening out there,” Samelson says, “but this is also the time you could find really good opportunities.”

Stafford, whose wife works for a tenant at Two39 Work, which is how he met Samelson, says the team initially considered starting companies, or maybe buying a company. But they decided they could get the most impact through investing in companies, both local and outside the area.

That also led the to another side to the Two39 Group, 239 Labs. That unit, in the coworkspace, is a startup accelerator that offers a free 12-week program with no equity for a handful of qualified companies. In addition to consultation, 239 Labs is a networking hub, connecting companies to venture capital and investor angels. The first cohort for 239 Labs has seven firms, including five from the Fort Myers area, one from Tampa and one from Miami.

A side goal to 239 Labs, says Samelson, is creating solid companies can help Southwest Florida reverse brain drain — when young leaders have to move elsewhere to find opportunities. “We create all these great entrepreneurs here,” Samelson says, citing Florida Gulf Coast University and Florida SouthWestern State College, both in Fort Myers, “and then they graduate and leave.”

On all three units, and 239 Media, a multimedia firm that does everything from logo and website design to painted murals, in addition to social media management, website development and branding, Allen says the big challenge is to both move fast on the opportunities to stay ahead of trends and competitors, while also keeping the big picture at the forefront. “We have to be quick to execution,” he says. “Realistically, we’re not going to be Silicon Valley tomorrow. But this is an opportunity to bring more technology companies together.” 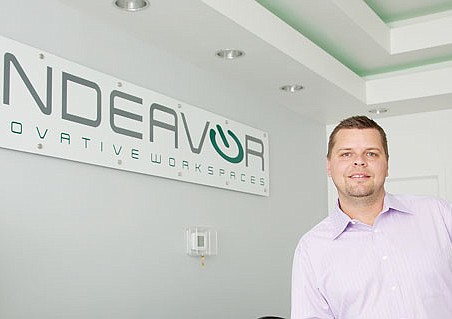 Business advice over a cup of joe 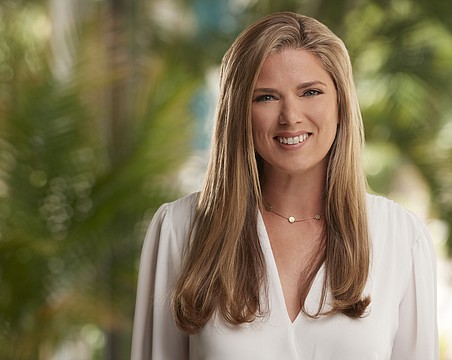 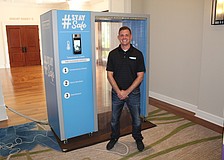 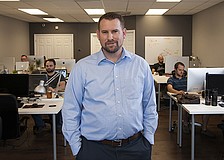 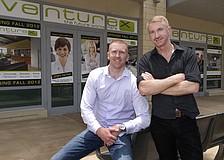 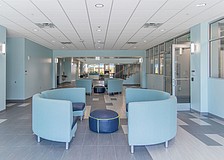 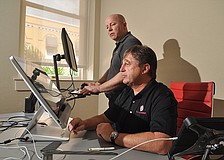