With new users in the market, cold storage is poised to gain momentum along the Gulf Coast

Thanks to a proliferation of new grocers and a focus on food delivery by Amazon and others along the Gulf Coast, the demand for refrigerated and freezer space could heat up as never before.

That could spell good news for projects such as the Harney Distribution Center, a 620,000-square-foot former Kash & Karry distribution hub, in Tampa.

“Most users of this type of space, typically the larger grocery chains such as Publix, have preferred to own their own refrigerated or freezer space,” says Josh Tarkow, a senior director at commercial real estate brokerage Cushman & Wakefield, who has been marketing the 6422 Harney Road project for the past 18 months.

“But we’re finding that demand for this sector is increasingly strong, as new restaurants, specialty grocers, food-related services and other smaller operators come in to the market,” Tarkow adds.

“Just as importantly, we really have no significant competition to speak of, unless it comes from a third-party logistics operator, which in fairness does tend to dominate the market,” he adds. “But there’s no other landlord that offers this type of space to this degree.”

Macro-economic trends — from Florida’s population gains, the rise of e-commerce sales, the increase in organic food offerings, the farm-to-table movement and so-called “last-mile distribution” — also are all having a positive impact on landlord-owned cold storage space, Tarkow and others note.

A report earlier this year from commercial real estate brokerage firm JLL states that online food shopping is expected to grow significantly over the next few years.

In 2017, for instance, online grocery shopping generated $19 billion in total U.S. sales. It is anticipated to climb to roughly $100 billion annually, however, within the next four years, as more purveyors enter the market and consumers grow more comfortable with the concept.

That trend, in turn, could fuel the development of more inventory of speculatively built cold storage space nationwide, which currently sits at about 180 million square feet, according to U.S. Food and Drug Administration data cited in the JLL report.

Such development would dovetail with the increase in industrial space in the U.S. of all kinds during the past eight years, a phenomenon pushed by the rise of e-commerce and distributors’ moves to make logistics a greater part of their supply chains.

Such as demand has shaved vacancy rates and spurred rent increases of about 20% over the past five years.

Meanwhile, if online shopping — currently about 10% of all retail sales — continues to grow as expected, the need for additional distribution space will also keep climbing.

Industrial developers have long equated a need for 1.5 million square feet of new warehouse or logistics space is required with every $1 billion in growth of online sales.

Most notably, the industry is dominated by third-party logistics operators who typically expand through build-to-suit projects for particular clients.

“The conundrum is, if you have (cold storage space) no one wants it, and if you don’t have it, then everyone wants it,” says Kossoff, whose company acquired a 907,000-square-foot, former Winn-Dixie distribution center in Sarasota County in 2006 for $30 million and sold it a decade later to Toronto-based Agellan Commercial Real Estate Investment Trust for $52.5 million.

“But up until now, there really hasn’t been the demand to warrant putting up a big box of (speculatively developed) cold storage space.”

Kossoff adds that at least part of the equation involves cost.

Rents, meanwhile, can be equally outsized by industrial space standards, at roughly $12 per square foot on a triple net basis, depending on location and other factors.

Tarkow maintains that Harney Distribution Center, which has 122,000 square feet of freezer space available, has an edge because it is ready for lease.

Meridian Distribution owner Agellan, which bought Harney Distribution for $18.25 million in June 2015, according to Hillsborough County property records, also is working to upgrade the property.

The REIT is investing more than $2 million into Harney Distribution to improve the property’s roof, ammonia piping systems, sub-floor heating, exterior doors, lighting and other components.

“The property has a truly excellent location,” Tarkow says. “We’re less than five miles from Interstate 4, Interstate 75 and Interstate 275. And with the greater interest in organic foods and the farm-to-table movement and last-mile distribution, there’s more interest in cold storage and more smaller users out there. The only problem is you can’t rent out just 2,000 square feet of freezer space.” 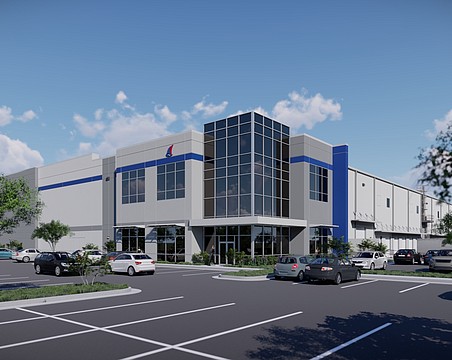 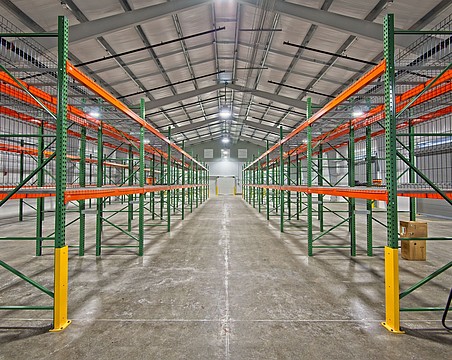 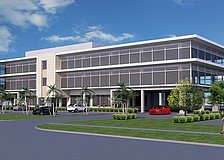 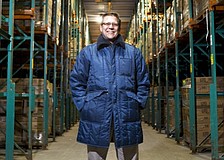 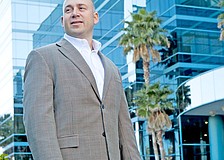