'The People's Mayor' is also all business

If there are two things Naples Mayor Bill Barnett knows best, it’s what residents and visitors want his city to be, and how to sell cars. A used car salesman who moved his family to Naples in 1973 from White Plains, N.Y., he owned and operated Southwest Florida’s first Toyota dealership, selling new and used cars from 1975 to 1983.

Ever since, he’s been in politics, serving either as a city councilman or the mayor for all but two years since his first successful campaign in 1984.

Issue: Barnett has been involved in Naples politics for a decade.

Key: A skill for business or leadership, says Barnett, is listen first.

Selling used cars as a precursor to entering politics invites any number of amusing anecdotes. Despite the obvious humor that juxtaposition elicits, what is the difference between the two?

“People get listened to and they get responded to,” Barnett says of what makes Naples different. “And that (also) sells cars.”

“I'm a consensus builder,” the 78-year-old Barnett says. “My slogan is leadership by listening.”

Since 1984, Barnett has served either as a Naples city councilman or the town’s mayor, alternating between both as term limits for both elected positions dictate. (In Naples, unlike some other cities in the region, the mayor is elected by voters, not an already-elected council member appointed to a mostly ceremonial mayoral position ) He’s known around town simply as “Mayor Bill,” and his popularity extends outside the city limits. He is regularly invited to special events and to cut ribbons for new businesses in Collier County.

“I never drew the line. If somebody wants me to go out in the county and cut a ribbon for a new business, if I can get it in my schedule I'll do it,” says Barnett. He will go out of his way for such an appearance if it means a charitable donation. He recalls being enticed to cut the ribbon for Total Wine at Carillon Place in exchange for a donation to a charity of his choice, in this case Fun Time Early Childhood Academy. “I thought it would be maybe a couple hundred dollars,” he says. “I showed up, cut a ribbon and they wrote a check for $10,000.”

In addition to bridging the gap of his careers, Barnett has also played a key role in connecting old Naples, the fishing village, with new Naples, the high-end town that's shedding it's retiree image on the way to becoming a vibrant Florida city.

A BID to survive

More important than attending ceremonial events and personal response to inquiries from citizens and visitors has been Barnett’s ability to influence growth of the city’s business community.

A fully built-out city, Naples must exercise creativity in expanding its ad valorem tax base. That began in earnest in the 1990s, Barnett says, when he and other city leaders began to act on concerns that growing residential and commercial development to the north of town was drawing businesses away from Naples’ core and its unofficial “Main Street,” Fifth Avenue South.

Before he was known as Mayor Bill, Bill Barnett was a businessman who understood that filling a void in the market and becoming involved in the community provide a pathway to success.

Operating the only muffler shop in Naples in 1973 “is how I started meeting people,” Barnett says. That led to his return to automobile sales in 1975 when the then-35-year-old learned the town’s Toyota dealership was for sale.

“I didn't know what Toyota was. In 1975 nobody did,” says Barnett. “They were selling 10 cars a month, five new and five used, and I wanted it, so I borrowed and I begged and managed to raise the funds to buy it. I didn't buy the dealership because of the car sales. I bought it because you could sense something was going to happen in Naples. We grew and the community grew with us.”

He sold the dealership in 1983 to Germain and turned his focus on community involvement, and then politics. “I realized the more I gave to the community, the more the community gave back to me,” says Barnett. “That was kind of my motto. I was involved in doing things for the youth. I stayed very involved in the community. For me, everything just blended.”

The boom in northern Collier County began in 1984, Barnett says, as easier accessibility to the region thanks to Southwest Florida International Airport generated greater interest in the Naples area.

“You could finally land somewhere other than Page Field in Fort Myers to get to Naples,” says Barnett.

Not everyone was pleased with the growth of the town that until and through the 1970s closed almost all businesses on Wednesday afternoons to take advantage of the area’s natural resources. “The people who were here early were really annoyed for many years. We were a village and we were quaint, and they wanted to keep it that way,” he says. “Port Royal first started in 1969 and the people started to come, and they’re still coming. Once it started, there was no stopping it.”

Beachfront condominium towers began to rise, golf courses were thriving and country clubs were developing. Then came Coastland Mall, and the race was on to capitalize on certain growth.

“Fifth Avenue South all of a sudden started to lose it because of the development north of us,” says Barnett. “Pelican Bay started, then Mercato, and we were losing businesses. People were really worried. We knew in early 1995 that we needed to do something.”

The strategy has helped enable Fifth Avenue South to organically reinvent itself into a mixed-use area including high-end condominiums over boutique retail and restaurants anchored by The Inn on Fifth and Sugden Community Theatre. It also served as a catalyst for redevelopment of nearby properties.

“I think Bill is a great leader who is effective in managing people,” says Bruce Barone, executive director of the Fifth Avenue South BID. “He has a clear vision of what he is trying to accomplish, and he has a way of effectively bringing people together with differing points of view and finding solutions. He is results-oriented, and he has a very clear understanding of the needs of the community because he is so embedded here.”

That embedding began when Barnett moved his first wife and family here in 1973 from New York and purchased the region’s only muffler shop. A remote captive audience, and apparently a lot of failing mufflers, allowed him to interface with many of the county’s 5,000 residents at the time, which continued after he purchased the area’s only Toyota dealership two years later.

He would later parlay those connections — and his philosophy of building success through giving back — into the successful political career.

“I sold the dealership in 1983, and I was too young to retire, although I tried it for two weeks, and so late that year a friend of mine said I should stay involved in the community and why don't I run for Naples City Council. I said that sounds great but what is it? I didn't even know we had a mayor. I never had any interaction with local government in all my years in the car business. I learned about it and I said, ‘I could like this.’”

He ran and was elected in 1984, the year in which he also divorced. He remarried in 1985 “to my current and forever wife, Chris, so she’s been with me my whole political career.”

While he is Naples’ current mayor, he won’t be its forever mayor. His four-year term expires in 2020, when he says he will probably run for office one last time.

Running for office wasn’t always Barnett’s idea. His return to private life in 2002 lasted four years. “I said to Chris, ‘I don't think I am ready to retire,’ and she said she didn't want me hanging around anyway, so I ran for a council seat.”

Two years after being termed out again as a city councilman in 2012, he was urged by residents to run for mayor — another time. “I ran again in 2016, so here I am again,” Barnett says. “I think the people like what I do, we have a good relationship and we get things done.”

The people’s mayor is also a businessman. Barnett says Naples sometimes grapples with the perception it is simply “a great place to retire,” pointing to fully occupied schools and young families as evidence of the city’s demographic diversity.

Maintaining a vibrant city requires an annual budget of $144.7 million with no available land with which to grow the property tax base. Redevelopment projects dot the town as property owners seek higher and greater uses of precious land.

“It’s a difficult balancing act because Bill is trying to keep in mind the historical vision of the city and what the needs of the community are right now in the short term and what they will be in the next 30 or 40 years,” says Barone. “All of those aspects come into play when the City Council and the mayor are considering the next steps for redevelopment."

That vision is reflected in Fifth Avenue South, whose renaissance, Barnett says, is largely tied into the success of mixed uses of residential, office, boutique retail and fine and casual dining options all coexisting on the eight blocks from U.S. 41 to the Gulf of Mexico. “Today I look around," Barnett says, "and it's like, wow, we're doing OK." 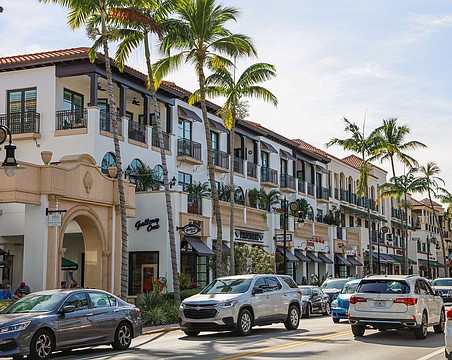 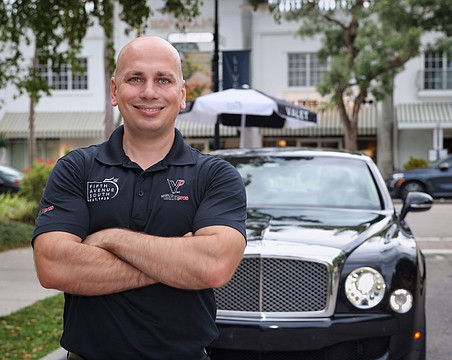 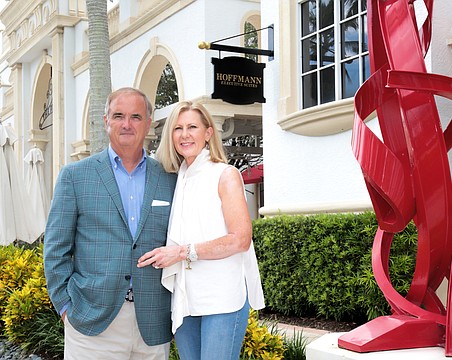 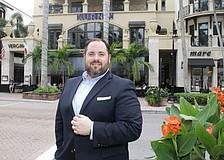 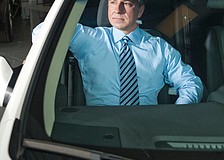 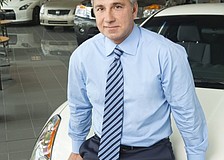 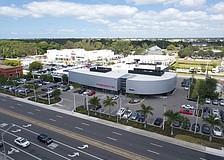