The Related Group is continuing to branch out, both from its home base of Miami and from the condominium towers that made the company synonymous with urban living.

As part of a push to diversify both geographically and by product type, Related is focusing increasingly on providing upscale apartments in select urban markets, including Tampa and St. Petersburg.

The latest evidence of the pivot can be found in Icon Central, a 15-story multifamily rental project that is under construction in downtown St. Petersburg.

There, Related is building 368 units in the city's Arts District to appeal to a burgeoning “creative class” of young professionals who want to live and work downtown and are “renters by choice.”

But Related founder and CEO Jorge Perez says the company wants to develop another, more “iconic” building in St. Petersburg — one that would likely rival or surpass the 41-story One St. Petersburg under construction by Kolter Group and a planned high-rise by New York-based Red Apple Group.

“St. Petersburg needs a truly iconic building, and that is what we do,” says Perez, who founded Related 39 years ago and has led it to become one of the nation's largest Hispanic companies. “We would like to build something iconic here. St. Petersburg has all of the things that make life worth living. To us, there's no question that the future of St. Petersburg will be very bright.”

The same could be said of Related, which has a development pipeline nationwide of $15 billion in projects.

Icon Central, which is slated to be completed at 855 Central Ave. in mid-2019, is one of a handful of projects Related is in varying stages of development on in the Tampa area.

In all, the company plans to construct more than 2,400 new units spread across varying price points.

In addition to Icon Central, the company has completed Icon Harbour Island, a 22-story luxury rental tower in downtown Tampa; is constructing a 400-unit project on the site of the former Tampa Tribune called Manor Riverwalk; and is building a 396-unit apartment project in the Westshore Marina District known as Town Westshore.

Another Related division that focuses on more affordable housing is planning to rehabilitate roughly 700 units and add 900 market-rate dwellings in the 150-acre West River, a project in conjunction with the Tampa Housing Authority.

Perez says the mix is important for both Related and the communities in which it builds.

“We are urbanists; we believe in cities,” Perez told a group of about 50 people who gathered for the Icon Central groundbreaking. “We want to add to the lifestyle of cities.”

After shovels flipped dirt for photographers, Perez reflected further on the company's place in the larger tapestry of society.

“We're very concerned with affordability,” he says. “It's why we build all sizes of units with all types of amenities. It's not fair that a lawyer can afford a unit downtown but a restaurant worker has to live an hour away.

“For us, as a company, our goal is to diversify so that we're not so dependent on any one geographic area, or any one product type,” Perez adds. “That's why we're branching out into places like St. Petersburg and Texas and Las Vegas and Phoenix and Denver. We hope to become a truly great national company that can meet both short- and long-term demand.”

What remains unchanged, however, is Perez's belief in the quality of Related's developments.

“All developers are cowboys to an extent, they think their stuff is the best. But our product is truly the best; it's what we're chiefly concerned about. We build better buildings, with better architecture and in better locations. It's what has set us apart all these years.”

Patterson's rental development division, which is also building in Atlanta and Orlando, is clearly seen as a major driver of growth going forward, however — growth that will undoubtedly focus on places like St. Petersburg.

“This city has great bones,” Patterson told the crowd at the groundbreaking event. “We are not going to disappoint you.” 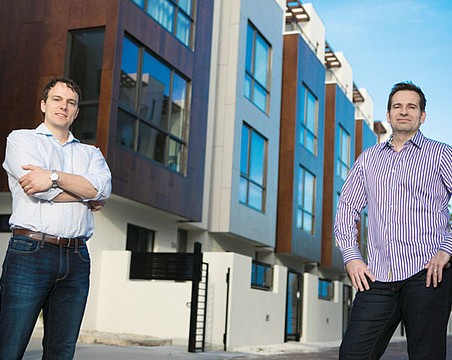 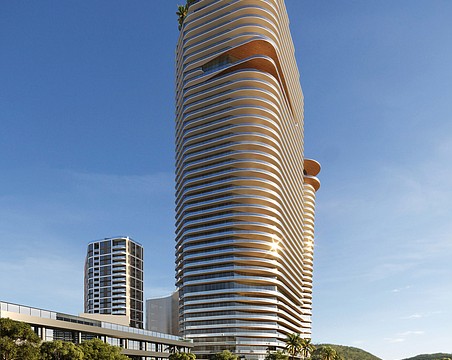 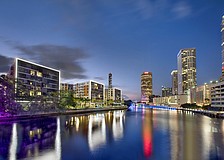 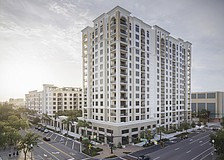 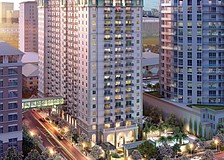 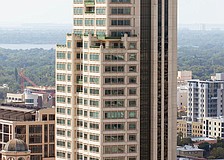