Paul Purcell, who runs a financial services firm with 2,300 employees, says there aren't many secrets to what makes a workplace great.

Besides, any hush-hush information on how to do it would have likely been leaked by now. That's because the firm Purcell presides over, Milwaukee-based Robert W. Baird & Co., has made Fortune magazine's top 100 list of the country's best employers for seven straight years.

Baird, which has four private wealth management offices on the Gulf Coast, was ranked 11th in this year's annual best places to work issue, published Feb. 2.

“We are really proud to be on the [Fortune] list because it reflects how our associates feel about us,” Purcell says. “It's very important to who we are and it has been very instrumental to our long-term success.”

Baird, which was founded in 1919, has divisions for private wealth management, asset management and private equity. The privately held firm had revenues of $680 million in 2008, down 7% from 2007, when it peaked at $730 million.

One Baird ideal often noted by Fortune, while neither secret nor novel, is pertinent for any Gulf Coast executive that seeks an improved workplace. That ideal is what Purcell calls the no A—hole rule.

“We define that as anybody who puts themselves ahead of their clients or puts their own interests ahead of the firm's interests,” Purcell says. “If we have people who either change or we miss it, once we figure it out, we let them go work somewhere else.”

While recognition for a great workplace is important to Baird, Purcell has other issues in the forefront. Two of the more palpable challenges: How to lead the company through the sluggish economy over the next 12 months and how to navigate the whims and wants of the federal government while doing the first part.

Purcell, whose brother Philip Purcell is a former CEO of Morgan Stanley, regularly visits Baird's 100 global offices. He was in Sarasota Jan. 28, when he also spoke with Review. Here's an edited transcript of the conversation.

Q. The recession is over, based on the textbook economic definition. But many Gulf Coast entrepreneurs and small business owners say the recession is still alive, with the declining revenues and layoffs to prove it. What do you see happening in the economy, both in Milwaukee and nationwide?

But not one of those things is going to make my business a better business. So am I going to knowingly and willingly take on more risk? Absolutely not.

[The economy] is getting better, but there is caution out there. People like myself are just being cautious because it's a very unfriendly business environment.

Q. So how would you grade Obama's first year in office?

A. You have to rate it as 'what did he do?' He passed the stimulus and he increased the budget by 10% and here we are at double-digit unemployment. That's not a passing grade. He had an ideologue agenda and hasn't been listening to people. It's really unfortunate, because he had a green light. He had as green a light as any president I've ever seen.

Q. Obama has also set up bankers and just about anyone connected with a “Wall Street” job as a public enemy. What will the financial industry have to do to survive the attacks?

The ones that are in trouble are the ones that the government is running. You look at that and go 'excuse me?' It's nuts. It may be the political answer but it sure isn't the economic answer.

Q. What are the economic answers?

A. There's a lot of economic issues, but there has been one for the past year and that's jobs. From an economic point of view, that's the only issue that matters.

You don't get a housing recovery until people are back working. And you don't get a recovery in the marketplace with a U.S. economy that is 70% dominated by the consumer without having a more buoyant employment outlook. The stimulus that was passed didn't have job creation. It's high time that the government finally figured out that jobs are a lot more important than health care.

Q. Federal Reserve Chairman Ben Bernanke has been hit with a barrage of congressional criticism for his oversight of the nation's banks during the financial crisis. Do you think he should be approved for a second term? (A Baird employee handed Purcell a note during the interview that stated the U.S. Senate had just confirmed Bernanke for a second four-year term.)

A. It's extraordinarily important that he be reconfirmed. We don't need another large uncertainty out in the marketplace right now and it's very important to have that continuity.

There is another issue going on and that is Congress doesn't want an independent federal reserve. So it's playing politics with the Fed. But the Fed was set up to be immune and isolated from the politics. It's a lot more than Ben Bernanke — it's the independence of the Fed [at stake.] Congress is trying politicize it and that is precisely what it was set up to avoid.

Q. What regulatory changes do you foresee in the financial services and banking industries?

A. The problem with regulation isn't that we don't have enough of it. It's just that the [regulation we have] isn't good enough. Obama had a phenomenal opportunity to go to one or two regulators and actually shrink the budget, get better people and do it better.

Now they are talking about another regulatory layer with a consumer protection advocate. And that's just another layer of mediocrity. It won't make a difference.

The Goal Is Freedom: Crisis and Opportunity 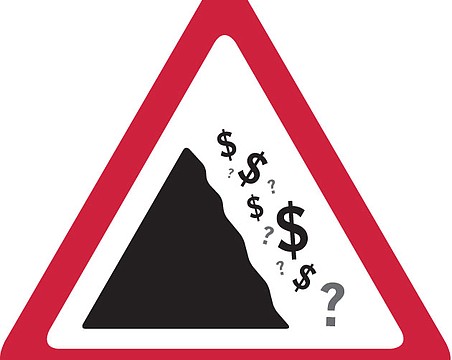 Why we should go over the Fiscal Cliff

We want to know about business, not politics 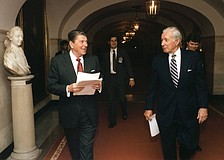 A New Hope and Change