The technology is straight out of a comic book. “It's Dick Tracy,” says Paul Wilcock, chief executive officer at Guardian Lion.

The company is touting its flagship product as a device that will dramatically change the ability to recover missing persons. Ideally, company executives say, the device will begin preventing child abductions as soon as it is launched.

Beyond helping parents keep an eye on the location of their children, the device may also improve an individual's ability to care for dependents with disabilities such as autism, and mental conditions like Alzheimer's.

That device is a wristwatch with cellular phone and GPS tracking capabilities.

It's called the LEO.

While a number of portable devices already provide users with information about their exact location, the LEO will aim to improve upon that feature by relaying a wearer's exact location to a secure monitoring service in real time.

Monitoring experts could then use the relayed information to immediately be made aware of a potential abduction, or other dangerous situation. Additionally, an accelerometer installed within the device would refine that information to improve police response to any suspicious activity.

A tamper-proof, lockable wristband would ensure that the wearer would not be separated from the device. The same wristband would use specially embedded batteries (a patent-pending feature) to extend its useful life to more than 24 hours.

And then there's the whole part about having a phone in your watch.

The concept for the LEO first came to Jason Sullivan, founder and chief development officer of the company, in 1990. Now, what was once just an idea is on the verge of reality, as the company aims to bring the product to market in early 2010.

The story of the product's development goes from a military battleground to a local playground; from a steakhouse bar to the board of Outback Steakhouse Corporation; from a shoebox to a wristwatch.

But at Guardian Lion's core is the force that turned a good idea into a marketable product: one man's entrepreneurial spirit. His motivation has one Tampa-based company excited about the future of its latest product.

Says Sullivan: “We're on the cusp of launching a completely revolutionary technology that nobody has been able to achieve in such a marketable form.”

Beyond the lawn mowing
Jason Sullivan has been starting businesses since he was 12 years old. Like many young American entrepreneurs, Sullivan's first venture was into the lawn care business.

But while many young business owners often quit there, Sullivan was just getting started.

His next business, one that carried him through years of research and development for Guardian Lion, was a mobile car detailing service. He started it at age 16.

Sullivan says that company was the first in the Tampa Bay area to offer completely self-contained service, which included water and electricity, along with a “white glove quality guarantee.”

That high level of service enabled Sullivan to begin networking with business executives throughout the I-4 corridor at a young age, as the company eventually served Tampa, St. Petersburg and Orlando's business districts.

Sullivan began chewing on the idea of a portable GPS-based tracking device after talking with a friend serving as a naval officer in the Gulf War. Lives were being saved, his friend told him, by handheld locator units that relayed information to headquarters about precisely where each individual solider was positioned.

Fascinated with the technology, Sullivan knew that the concept could have a useful everyday application for the average consumer.

At that time, Sullivan says, “The technology wasn't there.” Regardless, he continued to investigate the potential for a portable — and therefore marketable — tracking device like the one used by the military.

The search took over his life. “My curiosity turned into an obsession, my research turned into a full-time job,” he says.

That obsession got some added motivation in 1995, when a competing developer created a mid-sized GPS unit, “about the size of a shoebox,” according to Sullivan. Despite competitors' progress, his question remained: “How do I get this down to a personal size?”

An unforgettable day
Sullivan was on the phone, collaborating with a device technician, when the World Trade Center Towers were struck on Sept. 11, 2001.

The impact of that event compelled him to push on with his goal. Regarding the device, he thought, “This could revolutionize emergency response.”

That same phone call provided a breakthrough, as the last technical piece was identified to help make the developing unit truly portable.

Months later, following the issue of what he thought to be a standard press release, Sullivan found his company's story had made its way to Barnes & Noble bookstores across the country. The Monitoring Times, a magazine covering location-based technology, had credited Sullivan's invention as the world's first wearable GPS device.

And the publication was being sold nationwide.

That added momentum convinced Sullivan to exit the car detailing business and use the remainder of his savings to move his product forward. To continue to pay for the necessary R&D for the device, he got a job bartending at a Fleming's Steakhouse.

As it turns out, Sullivan picked the right bar to tend.

This particular Fleming's was located across from the headquarters of OSI Restaurant Partners, LLC, on Westshore Boulevard in Tampa. As a consequence, OSI executives would frequent the restaurant where Sullivan worked.

It's how he met W.R. Max Carey, Jr., a board member at OSI and the first of several powerful Tampa-area executives to back Guardian Lion financially.

Sullivan would later add two veterans of Walter Industries, Inc. to his roster of supporters — current chief executive officer at Walter Energy, Inc., Victor Patrick, and Joseph Troy, former chief financial officer. Patrick was responsible for adding “the funding to actually get me to first base,” Sullivan says. Troy came on with Guardian Lion shortly after.

Those executives would help with Sullivan's transitioning Guardian Lion from a development phase into a business-modeling phase. One more executive addition would put the company on the verge of actually breaking into the market.

Market entry
As helpful as it might have been getting individuals like Carey, Patrick and Troy on board, no one made more sense for taking on the position of CEO at Guardian Lion than Paul Wilcock.

Wilcock knows about technology. His last role was as chief technology officer for Tampa-based Syniverse Technologies.

And he knows about getting a product to market.

That's Guardian Lion's next step, as the technology appears to be in place for manufacturing to begin.

The business model is there, too. The LEO will generate revenue according to the “razors and razor-blades” format, where services associated with the device drive positive net margins.

Guardian Lion has tabbed T-Mobile as the LEO's network service provider on the “razor blade” side. As for the “razor” itself, the company says their price point target will be in the $300 range, given feedback from focus groups.

As for distribution, Sullivan says the company sees “ample opportunity” based on discussions with several different outlets. While Guardian Lion does not anticipate developing its own distribution system, the Home Shopping Network and existing retail distributors will likely play a part in any rollout plan.

As distribution decisions loom, the company will need to continue to focus on creating inventory at an effective rate, balancing an aggressive approach with cost issues.

Even with a working device in hand, the number of moving parts needing attention on the way to market is substantial. “It's getting more and more interesting every day,” Sullivan admits.

But the company's founder is enjoying the pressure. “It's been a lot of fun,” he says. Twenty years after inception and months before product launch, that has to count for something.

REVIEW SUMMARY
Company. Guardian Lion
Industry. Technology
Key. Over a decade of product development has positioned the company for market in the second quarter of 2010.

Alex Walsh covers the Tampa Bay region. He can be reached at [email protected] 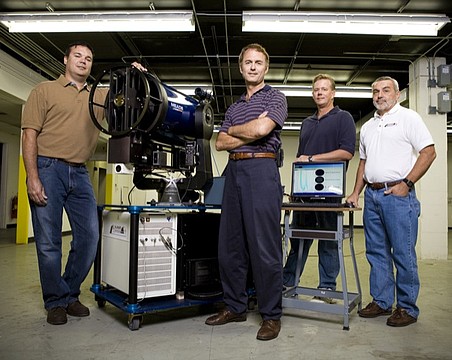 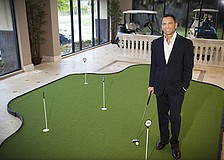 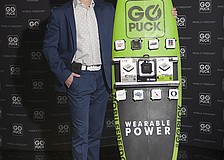 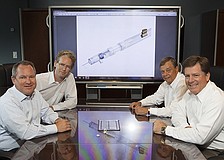 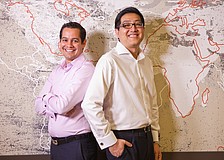 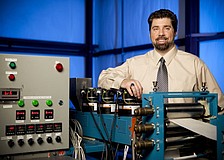