ENTREPRENEUR OF THE YEAR Tampa Bay

Richard Sanchez retired from Exxon but came back to start Advantica EyeCare. 'Our mission is saving sight. It's real simple.'

Richard Sanchez remembers his father, who set up distributors for a manufacturing equipment company, when he thinks about his work as an entrepreneur in starting Advantica EyeCare, a six-year-old vision care management company in Clearwater.

Family. It is a theme that comes up again and again when you talk to Sanchez. It also extends into his business life.

"You build the team and the team builds the business," Sanchez says. "I enjoy seeing trees grow rather than watching the tree. I enjoy the success of others."

His life as an entrepreneur followed his life as a corporate man, working for Exxon for 19 years. Following that, he started Vision Twenty-One, a publicly traded eye care physician practice management company.

In 2002, after serving a two-year non-compete agreement, Sanchez dove back into entrepreneur mode and created Advantica.

Sanchez says the company is "positioned well" in the $31 billion eye care market.

That's because it is focused on vision care management, but it taps into two markets: small- to mid-size employers and major health care plans. It has about 2 million members from the Southeast through the mid-Atlantic.

Most employers provide a benefits package and the number of companies offering vision care has been increasing about 4% a year since 2005. Today, about 79% of employers offer vision coverage.

About half the U.S. population, or about 160 million people, need glasses or contact lenses. And the population is aging. And living longer.

Because of new business creations, small to mid-size companies is a growing segment of the eye care management industry.

Advantica contracts with 26 health plans, including Cigna, Avalon, Wellcare, CarePlus, Citrus and America's 1st Choice. Along with managing eyecare business for those health plans, Advantica also serves 10,000 eye care providers such as Visionworks, Sears Opitical, JCPenney for Eyes and Target Optical and in January, it added 3,000 Wal-Mart optical locations across the country.

It's business plan: Double revenues in the next five years. The growth plan also includes acquisitions and exploring additional capital.

Sanchez, 54, was born in Jackson Heights, N.Y. and moved to Florida at 12. He attended Florida State University and earned a degree in organic chemistry.

After graduation, he went to work for Exxon for 19 years, where he did a number of jobs, including running the company's western area including its terminals, trucks and negotiating with unions. He also worked in industrial sales.

The Exxon experience taught Sanchez about managing people. He learned the value of accountability, prioritizing, safety and having people motivated to work as a team.

Part of that teamwork meant Sanchez would get to work at 3 a.m. to ride with a driver, delivering gasoline.

Sanchez retired in 1992 and moved back to Florida. He came out of retirement to serve as executive vice president, secretary and director of Vision Twenty-One Inc. in Largo. Vision Twenty-One was a publicly traded eye care physician practice management company.

The company developed integrated networks of optometrists, ophthalmologists, refractive surgery centers, ambulatory surgery centers and retail optical centers, to provide eye care services in local markets. During 1997, Sanchez was instrumental in the planning and implementation of a successful Initial Public Offering and a Secondary Offering on Nasdqaq.

Sanchez enjoyed starting and growing Vision Twenty-One, but he became restless. The company was acquiring practices but wasn't integrating them crisply.

"It was frustrating for me (that) we weren't integrating it," Sanchez says. "We were buying them to meet Wall Street's expectation. We were eating too much, not digesting."

In 2002, he was ready to try again, as he founded Advantica. Sanchez wants to expand Advantica into other states. It now does business in Florida; Georgia; North and South Carolina; Washington, D.C.; Maryland; and Ohio. He wants to take the company to the Midwest and Alabama, Mississippi and Texas.

One is Atlanta marketing consultant and business author Al Ries. When talking about focus, Sanchez likes to quote Ries as saying, "If you chase two rabbits, you won't catch either one."

That's why Advantica hasn't added dental or other health services to its offerings.

The second person: former college football coach Lou Holtz. Holtz says that a lot of companies or organizations want to have performance reviews, which grow from two to five or more pages.

Holtz says only three questions need to be answered, briefly, between an employee and his boss: Can I trust you? Can you trust me? And are you committed?

"They know what the answers are," Sanchez says. "Employees have got to trust management. Can I trust you to do your job? There needs to be no question you can do it."

Sanchez describes his role as CEO as being a cheerleader and making sure the company has resources. That's it.

Of Advantica's 58 employees, 17 are at the company headquarters in Clearwater and the remaining 41 are at an operations center in Baltimore.

Advantica has no plans to go public and has been approached about mergers, although it is not pursuing them if it is not the acquiring company.

"I like the culture we have and I like the team," Sanchez says. "Our mission is saving sight. It's real simple."

Sanchez believes Advantica is well positioned to take advantage of industry trends such as states privatizing Medicaid. Sixteen states have done it. Florida is running some demonstration programs with the concept.

The use of lasik eye surgery shouldn't erode business because as the population ages, people still need glasses or contact lenses. And with diabetes on the rise, one way to detect diabetes is an eye exam.

"A lot of companies are really seeing the advantage of having a vision component to the benefits plan," Sanchez says. "Unfortunately, we all take it for granted. We run to the dentist if our tooth hurts, but if we can't see, we often don't get our eyes checked, because it doesn't hurt."

Other industry executives echo Sanchez. Eye exams are a window to good health and can uncover tumors, heart issues and high blood pressure, says Melody Healy, director of commercial marketing for VSP, one of the biggest players in the market.

VSP, based in Rancho Cordova, Calif., was started by private practice doctors and covers one in six Americans.

"Our focus is on wellness and eye care education," Healy says.

VSP consolidated from individual groups in different states to one national company in the mid 1990s. It acquired a frame company to control costs and quality.

In the future, VSP sees more consolidation. It has formed an alliance with a large dental services company.

"We see that continuing," Healy says.

Q. From what mistake have you learned the most?

'You need to do things with the end in mind. The big mistakes I've made is when I didn't do that. When hiring a person, or other issues. I should have slowed it down. Not just in big decisions. Where are we trying to get to? Think about your end in mind. When I have not been patient, I've made mistakes.' 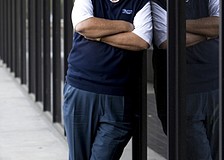 Out of the Public Eye 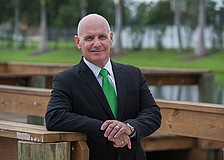