Florida bankers have a wish list for the upcoming legislative session, but one lobbyist doesn't expect action against credit unions.

Curtailing such misleading approaches to their customers is one of the legislative goals that bankers have instructed their lobbyists to take up with Florida lawmakers as they converge this election year on the state Capitol next month.

It's one of several issues that the FBA hopes to interest elected representatives in addressing by the traditional adjournment of the regular session in early May.

Perhaps the bankers' most vexing problem, the growing menace of credit unions to their profits, won't be addressed, however. Doing away with the tax-exempt status of credit unions, which are providing increasing competition for bank customers, is not something DiMarco anticipates action on right away.

The FBA has a better chance to see something done about the misleading solicitations and these concerns:

× Clarification about how much banks should be compensated for responding to civil subpoenas, particularly stemming from divorce proceedings;

× Protection of a dedicated funding source for affordable housing initiatives.

To help bankers get the Florida Legislature to see things their way, the political action committee Florida BankPac has already spread around tens of thousands of dollars in campaign contributions. In many cases, the money is hardly needed. The Republican-controlled redistricting process after the 2000 census created few districts where election challenges are viable.

But that hasn't stopped local legislators who sit on key banking committees, such as Rep. Gus Bilirakis, R-Palm Harbor, Rep. Donna Clarke, R-Sarasota, and Sen. Les Miller, D-Tampa, from accepting financial support from the FBA-controlled Florida BankPac or the PACs of SunTrust Banks Inc. and Bank of America Corp.

Legislators will be hearing from bankers about the refinancing solicitations, among other things.

Bankers don't appreciate the competition from non-bank lenders, of course. But they especially resent a possibly unscrupulous rival invoking their good name, as if the original lender has endorsed the interloper's mailing.

DiMarco would like legislators to amend existing statutes to outlaw the practice, as has been done lately in Indiana and Tennessee.

The FBA also would like some relief from the cost of answering civil subpoenas for bank records. Divorce lawyers and bank executives are sometimes at odds over how much the requesting party should pay a financial institution to locate and reproduce records under subpoena.

When there is a stalemate, the bank has to petition the court for a resolution. DiMarco says the FBA would like the Legislature to shift that burden to the attorney seeking the records.

Florida legislators didn't clean out the state trust fund for affordable housing last year as they struggled to balance the budget. But they did redirect $126 million into the state's general fund that should have landed in the trust funds, according to the Florida Housing Coalition, a powerful alliance of banks and real estate developers, land-use lawyers and electric utilities.

The documentary stamp tax levied on deeds and mortgages filed in the official records of Florida counties is how the trust fund gets funded under the Sadowski Act. The refinancing boom in recent years has provided millions of extra dollars for affordable housing.

Although the fiscal 2005 budget could be in worse shape than this year's, DiMarco has yet to hear talk of tapping the trust funds. But he cautiously adds: "It's early."

DiMarco seems least optimistic that legislators will do anything about the competitive threat to banks posed by credit unions.

The FBA was buoyed by a 2003 report from the research institute Florida TaxWatch that documented how the non-profit status of credit unions provides them with a decided advantage over banks. TaxWatch figured Florida credit unions enjoy annual local, state and federal tax exemptions worth more than $102 million.

TaxWatch averaged the financial results for 10 Florida credit unions with assets of between $46 million and $56 million. The institute estimated that a bank or savings association would have had to pay $121,000 in income, sales and intangibles taxes on the average of those same financial results.

TaxWatch, which is also not-for-profit, bills itself as nonpartisan. But the Florida presidents of SunTrust and Wachovia Bank do sit on the institute's executive committee.

DiMarco says credit unions are getting brazen about going after the best bank customers. A few of the largest have hired away trust officers from banks to attract more high-income customers. Such moves, DiMarco says, run counter to the image perpetuated by credit unions that they mainly serve the working class.

"We don't mind the milkmen - the milk people, I guess they'd be called these days - setting up their own credit union," he says. "But if a credit union starts to serve a million people in eight or 12 counties, that's a tax-exempt bank."

The Florida Credit Union League's Mark Ivester fires back one question at the bankers: What about subchapter-S banks?

About 60 of them in the state also don't pay income taxes, says Ivester, vice president of communications for the credit union lobby. Profits flow tax-free through the small S-corp banks to shareholders, where their cut is taxed as personal income.

Congress has studied the tax exemption for credit unions three times since the Great Depression, when the financial institutions were created. Three times, Ivester says, the status quo has been upheld.

Some 80 million Americans belong to credit unions and none of them, chides Ivester, "lives in a penthouse in New York City," like some bank owners.

On that, DiMarco would likely agree. In Tallahassee, DiMarco says the FBA is resigned for now to continue educating legislators about tax inequities.

to the Florida Bankers Association PAC, 2003-04 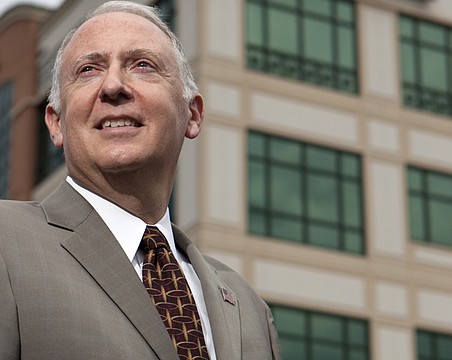 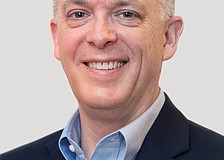