Anchor Glass Container Corp.'s latest IPO didn't shatter any records. But the troubled Tampa bottle manufacturer envisions a rebound - with help from a Bud or two.

Anchor Glass Container Corp. sold an extra million shares of its initial public offering this month. Not bad for a company with a history of heavy debt and Chapter 11 petitions.

Few local companies have rolled with as many punches as Anchor Glass. Fewer still boast such a colorful history. Tampa Bay Devil Rays managing partner Vincent J. Naimoli, Gov. Jeb Bush and former U.S. Treasury Secretary William E. Simon are among the luminaries who have passed through the boardroom since its 1983 founding.

Even with the IPO infusion of $128 million, Anchor Glass doesn't get much respect. Investment Dealers' Digest, noting the return of less-than-stellar issues to the IPO market, lumped Anchor Glass in with what a finance professor called the "dog deals."

Anchor Glass executives, past and present, have probably heard worse.

A couple things have gone right lately for Anchor Glass, which emerged from its latest bankruptcy reorganization a year ago. Yet the professor has valid reasons to be howling.

By volume, Anchor Glass has about 18% of the American glass-container market, third behind Owens-Illinois Group Inc. and St. Gobain Containers Co. The company's largest product category, beer bottles, represented 48% of its 2002 net sales of $715.6 million. Beer bottles are the biggest and fastest-growing industry segment. Anheuser-Busch Cos., the nation's top brewer, buys the most bottles from Anchor Glass.

Cerberus Capital Management LP, a New York equity firm, invested $80 million cash and made a $20 million loan to Anchor Glass last year to pull the company out of Chapter 11. Since then, Anchor Glass has wooed juice producers that spurn plastic and prefer their liquids in quality glass containers.

But the biggest obstacle to an Anchor Glass turnaround is debt. As of June 30, the company had $421.2 million of it, equal to 64.2% of total assets. The debt includes $10 million annual payments that Anchor Glass must make for the next decade to a federal pension guarantor, which assumed past-service obligations to company retirees in the 2002 bankruptcy reorganization. Prior to the federal bailout, the Anchor Glass employee pension plan was under-funded by $219 million.

That wasn't the first time that Anchor Glass executives have miscalculated.

Anchor Glass was created from a $77-million leveraged buyout of Anchor Hocking Corp.'s container division 20 years ago. Naimoli led the investment group and Bill Simon was one of his partners.

The deal was unflatteringly chronicled in a 1992 bestseller called "America: What Went Wrong?" According to the book, Simon and fellow investors feasted on self-dealing. They used loans to buy glass plants and the corporate headquarters near Tampa International Airport. Then the Simon crew leased the properties to Anchor Glass for long terms.

The company went public in 1986 and Simon was cashed out by 1988. Naimoli cut costs while amassing considerable debt snatching up competitors. When Mexican conglomerate Vitro SA bought Anchor Glass for $920 million in 1989, Naimoli departed with a $20 million golden parachute.

The Anchor Glass acquisition was a disaster for Mexico's biggest glassmaker. Coca-Cola and Pepsi switched to plastic bottles. Diversification into metal containers added to huge losses. Between gubernatorial campaigns, Jeb Bush served on the Anchor Glass board, pocketing more than $100,000 in 1995 directorship fees.

By 1996, Anchor Glass was in Chapter 11. The next winter, Canadian-based Consumers Packaging Inc. reorganized it into a private subsidiary for $387 million in cash and stock.

Consumers Packaging closed plants and slashed the headquarters payroll in Tampa. But a nearly $10 million loss in 1998 widened to $51 million in 2001.

Nevertheless, Anchor Glass says its second Chapter 11 petition, pre-arranged in 2002, was prompted by the financial woes of its corporate parent. A proposed acquisition of Consumers Packaging's American holding company by Owens-Illinois would have allowed creditors to call Anchor Glass bonds and created liquidity problems.

Now, with the new Cerberus capital and pension concessions from labor unions and the government, Anchor Glass executives say the company is ready to regain profitability.

Reorganized Anchor Glass suffered a $10.6 million operating loss for the first six months of this year. But Anchor Glass promises buyers of the new common stock, which has risen slightly above the $16 offering price in its first month of trading, that they will get annual cash dividends. The dividend checks, the first in company history, are supposed to start going out in 2004.

February 1997 - Vitro agrees to sell the assets of Anchor Glass to competitor Consumers Packaging Inc. for $387 million in cash and stock.

April 2002 - Anchor Glass files another petition for protection from creditors, this time on a pre-arranged basis, after Consumers Packaging experiences financial problems.

August 2003 - Anchor Glass, just a year removed from its second bankruptcy reorganization, files for an initial public offering of stock.

Next up: The Grinch 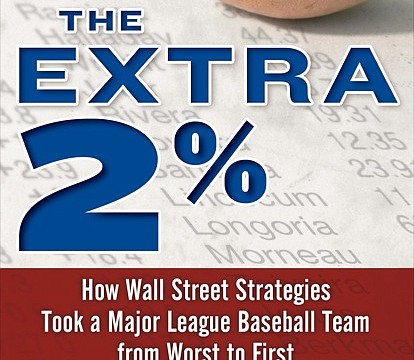