Speakers and panelists in the region spoke to the housing issue and presented solutions.

While policymakers and business leaders gathered recently in a Southwest Florida hotel ballroom to chat about everything from workforce and talent development to land use to transportation, infrastructure and water quality, one topic took center stage: affordable housing.

That was a big takeaway from the State of the Region, a debut event hosted by SWFL Inc. on Aug. 31 at the Hyatt Regency Coconut Point Resort & Spa in Bonita Springs. SWFL Inc. is a regional chamber of commerce for Lee, Collier and Charlotte counties.

“Affordable housing is always a top priority for the state to make sure that we’re not only constructing affordable housing, but (also providing) the ability to buy a home,” said Dane Eagle, the ecretary of the Florida Department of Economic Opportunity, at the event. “Southwest Florida is growing so rapidly others are investing and buying up properties. If you’re a police (officer), nurse, firefighter (or) school teacher, you may not be able to live in the community you serve.”

A Republican and one-time Florida state representative and house majority leader, Eagle points to the Florida Hometown Heroes Housing Program put into place to help make homeownership affordable. The program is available for front-line community workers like the ones Eagle pointed out in his speech. Those eligible have access to lower than market rates on a first mortgage and can receive up to 5% of their loan amount, up to $25,000, in down payment and closing costs.

In response to what the market looks like for workforce housing, Justin Thibaut, the CEO of real estate firm LSI Companies Inc., says the easiest way to answer that is “not good.”

“You all see exactly what I see, which is new apartment complexes coming online in droves and they’re all luxury apartments,” he says. “They’re all market or above market rate. As landowners, when you see that a luxury apartment complex is coming online, you’re looking to sell to a developer that’s going to produce a product that has higher rent so they can pay more for the land. There’s really not a lot of incentive for landowners to sell property for less to allow someone to create a product that they can rent for less.”

Thibaut adds that there aren’t a lot of workforce housing projects that come about without being sponsored by the government. Danville Leadbetter, co-founder of Soltura Development Group LLC, says the solution is competition. “You need competition in the marketplace to drive down costs as much as possible,” he says.

Another solution presented during a workforce housing panel? Using redeveloped buildings like old shopping centers for these projects,

“I think there’s a huge opportunity there, where by working directly with the city or county and providing what they want — maybe it’s an outdated shopping center that could become a mixed-use project — by providing that we can work with the city to allow some density that’s more than we typically would to allow us to deliver a workforce unit,” Thibaut says. “That’s the direction I think we need to be heading.”

The density Thibaut refers to is the number of housing units divided by the land area of a mixed-use development.

“There shouldn’t be a municipality in this entire region that doesn’t have some future land use or zoning category that allows up to 30 units an acre,” he says. “Some of our areas around here don’t have that density ability, so people are jumping to other areas. If we want to keep the growth where it should be, we need to have the (ability) to do (high) dense projects. Southwest Florida hasn’t been historically a place that does more than 15 units an acre, but now we have to or else we’re just going to continue to experience urban sprawl.”

Urban sprawl is in reference to the expansion of the geographic extent of cities and towns.

When asked about programs or funding that can help, Thibaut says the majority will have to come from the government. But he says cities can help by waiving impact fees. Either way, progress for workforce housing development has a sense of urgency of now.

“People are coming,” Matt Simons, principal at Maxwell, Hendry & Simons, says on the panel. “It’s only a question of where we put them.” 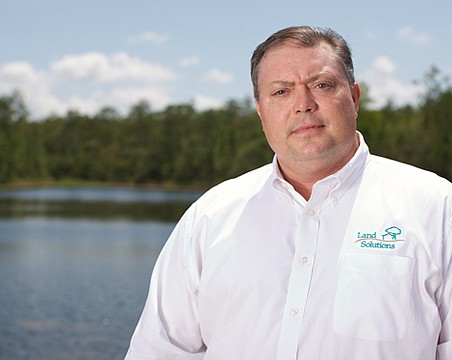 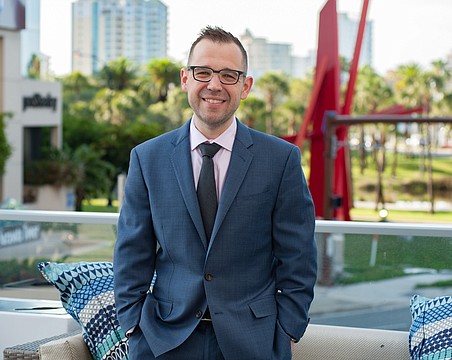 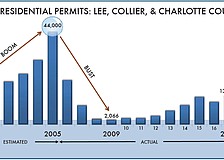 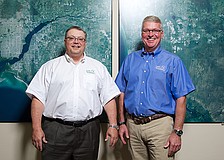 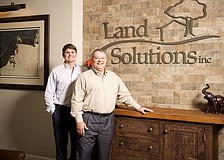 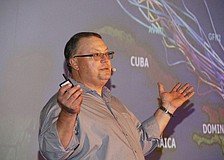 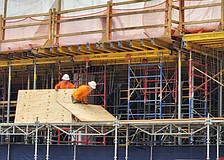