Salary survey reveals what’s not much of a secret in men vs. women salaries.

From fast food and senior living foodservice managers to upscale dining and grocery stores, men, a new survey shows, make more money, on average, than women in the Southeast, including Florida. The gap, while wide in some positions, is shrinking some of late, as women, when they received a raise last year, got a bump, on average, 35% higher than men.

Overall, the most glaring takeaway from the survey is men out-earned women in all nine management designations the study analyzed in the Southeast. In three of those categories — family, casual and upscale dining — there weren’t enough women managers to score.

The men-women pay disparity is something of an aberration in comparison to other geographic regions, the survey shows. The Mid-Atlantic, Northeast, Midwest, Pacific Northwest and Southwest all posted management categories where women earned more than men. In the Pacific Northwest, for example, women were paid more than men in four of five ranked categories. 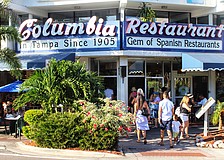 Food for thought: Stats point to strength of restaurant industry