There are many tried and true steps family business owners can take to facilitate the smooth transition of power. However, while legacy planning has some science behind it, it's also an art — which means any number of variables must be taken into consideration in specific situations.

Perhaps one of the biggest is the CEO's personality, which could play a significant and often unexpected role in determining how the future plays out for the company — absolutely in the short term and possibly over the long term as well.

Don't Look for a Clone

As a family business adviser, I've worked with many CEOs who believe their successors must be “clones” of them, since their way of operating has brought the business to where it is today. That is rather shortsighted, as this example illustrates:

The CEO didn't have a college education but was a schmoozer extraordinaire. He'd built the business on developing strong relationships and was never been shy about shaming his team when he was disappointed with them. His daughter, who was his heir apparent, was highly educated, quieter and gained experience in the corporate sector by successfully managing 150 people before joining the family business. Her focus on respect totally clashed with her dad's way of doing things — and led to her resigning, leaving her dad heartbroken.

This sad story could have been prevented if the father and daughter realized the most important thing was for them to align their values — and use their unique styles to achieve them. Too many family business CEOs get frustrated if their children don't emulate them, when they really should be taking the time to talk with them, hear their perspective, and learn something from them. CEOs who are stuck in a model that may not work anymore may be getting their business stuck as well.

Paving the Path to the Future

Those who start family businesses are usually very strong people who took a lot of risks to achieve success. It might seem it would take five people to do everything they bring to the table — but it simply is not realistic to expect the next generation to fit that exact mold. A better strategy is to determine the roles and responsibilities that give their probable successors the best opportunity to showcase their skills — and then let them flourish using their own style.

It can come as a big surprise to some CEOs that their offspring's style — even if different from theirs — is a big hit with clients and staff members. For instance, it may represent a welcome change to move from an emotional, passionate, frenetic CEO to one who is calm, thoughtful and never panics. What should never be lost, however, are the aspects of style that have made the business successful — non-negotiable things like responsiveness and quality control.

Smart CEOs will take time to uncover what their children bring to the table — even if it looks different from the status quo. For instance, there can be significant value to moving from a veteran leader who works 70% on and 30% in the business using a style that may no longer be effective to a next-generation leader who's still learning the ropes and currently works 70% in the business using a more modern style, while spending 30% on building new business. When values are aligned, and CEOs back down from the belief that their way is the only way — the leadership transition will be smooth and the future quite bright for the business.

How to establish leadership presence

The Time is Now

When you should revisit your company's values

How to Execute a Smooth Succession

How to Identify and Groom Future Leaders

Tips for taking over the family business

Prepare your successor to succeed 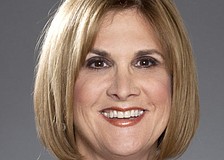 How to get leadership transition right — the first time