The 2008 banking and financial crisis, while painful, was the start of an opportunistic acquisition strategy at Polk County-based CenterState Bank of Florida.

The bank has made 14 acquisitions since 2008. Six purchases were with the Federal Deposit Insurance Corp., where CenterState assumed assets of a failed bank. Eight others were straight up acquisitions. The buying surge pushed CenterState into the top tier of community banks statewide: It now has $5 billion in assets, $3.9 billion in deposits and $3.1 billion in loans. With a corporate headquarters in Davenport, CenterState has 66 branches and four loan production offices.

Jennifer Idell helped execute the execution and integration phase as an up-and-coming executive with the bank. Her role recently expanded to the senior management team, when she was named a senior vice president and CFO of the holding company, CenterState Banks. Idell, 41, replaces CFO James Antal, who is retiring.

Idell recently spoke with the Business Observer to talk about her career, the industry and life outside the office. Here are some excerpts from that conversation.

Personal life
Tough times: Idell grew up in Fort Lauderdale, the oldest of four daughters to a kindergarten teacher mom and small construction business owner dad. Her father's company went bankrupt when she was young, which forced her mom to take on two additional jobs. “I learned from those hard times that, when I was an adult, I would make sure that I could always provide for myself,” she says. “That has always been important to me.”

A banker's life: Idell was undecided on her future as a freshman at Florida Atlantic University. A family friend pointed her in the direction of accounting. Then she scored a part-time job as a clerk at First Southern Bank. “It was convenient,” Idell says. It was right down the street from school.”

Growing family: Idell and her husband, Greg, a physical therapist, live in Plant City and are expecting their first baby. “We moved to Plant City because we needed space — we have five dogs.”

Career
Up the ladder: With a focus on public accounting, banking wasn't something Idell focused on. “But the bank kept offering me more responsibility,” she says. So much so, that because she worked full time at the bank, she had to finish her degree at night. From 1996 to 2004 she was promoted from accounts payable to controller at First Southern Bank.

Change up: In 2004, through a business contact, Idell learned of a controller position at the Bank of Florida, headquartered in Naples. She thought she'd take the position and “make a change” since she hadn't gone away to college. She was there six years, then moved back to the east coast, where she was CFO of Bank of Florida-Southeast.

Big move: Regulators closed Bank of Florida in 2010. “There was no point in trying because there was no saving it. It was too late,” she says. It left Idell without a job. Through contacts, Idell landed at CenterState. She remembers speaking to her husband about living in Polk County. “Although moving from South Florida to here was a big change, I knew I was making the right decision,” she says. “It's been comfortable for me since the beginning.”

Industry
Fast pace: The first CenterState acquisition was complete in Idell's first 30 days at CenterState, and things haven't slowed since. The banking sector on the Gulf Coast has likewise been in flux the last eight years. “This is what I wanted, to grow with the company and the team,” she says. “Right now, I'm just soaking it up.”

Learning curve: The run of bank acquisitions has been a big learning opportunity for Idell. “For a while, banking was stagnant. And, even though the crisis was terrible, there was so much to be learned,” she says. “With each acquisition, we build on it and utilize all the lessons. When we are done (with a merger or acquisition) we look at what we did wrong and what we did right and apply that the next time.”

Stay strong: Idell says bigger could be better for community banks in the future, given the increase in regulations all banks face. At the same time, she says the need for community banks will remain strong because the local decision making aspect of banking is appealing to many consumers and businesses.

“These increased regulatory compliance costs coupled with the continued low interest rate environment make it difficult for some smaller community banks to stay in business,” Idell says. “Smaller community banks find it even more burdensome to comply due to the salary and technology costs involved in meeting these ever increasing requirements.” 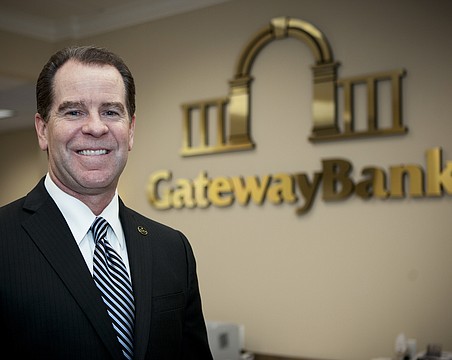 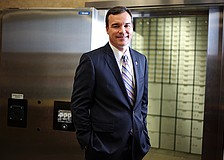 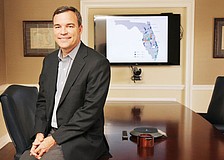 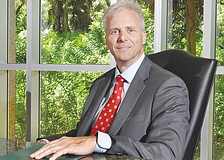 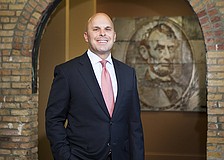 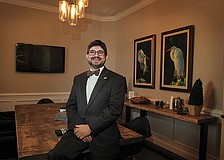