Office remains bottom of the pile

One of the more positive perspectives on the office market is that it's at its absolute bottom. The more pessimistic view is nearly gallows humor: A cycle of low purchase prices from bank-owned sales has pushed more landlords into foreclosure in a self-perpetuating cycle. Fortunately, even the pessimists are seeing signs that hint to a more positive outcome.

In either event, no real estate professionals would dispute that the office market is currently the weakest of the four commercial sectors. Sales transactions are mixed, and leases, which have grown considerably this year, can't keep up with the huge vacant inventory. Ultimately, the toughest statistics dispelling that a recovery is in process in the office market are the declining sales prices and rental rates.

WHAT'S HOT: Single-tenant medical buildings and class A occupied buildings. For a number of investors, these are viewed similar to investing in bonds. For tenants, the lower rental rates offer a unique opportunity to upgrade space. Certain hot locations, such as Westshore, Lakewood Ranch, downtown Sarasota and downtown St. Petersburg, are outperforming the market.

TRANSACTION TRENDS: Of the two main regions, Southwest Florida looks to be much worse off. According to real estate research provided by the CoStar Group Inc., it appeared that sales volume in Southwest Florida had turned the corner starting in late 2009 and was moving upward. There were 35 sales transactions in the fourth quarter of 2010, the highest point in four years. But the first, second and third quarters of this year were all lower than their corresponding quarters in 2010.

PRICING TRENDS: Pricing is still down. The median price per building square foot in Tampa Bay has declined steadily from the $170s in 2007. Pricing reached its lowest level in the first quarter at $91.32, took a sharp bounce up to $107.44 in the second quarter then settled back down to $94.63 in the third.

Southwest Florida experienced a more dramatic fall in pricing. Following a healthy 2008 — with pricing around the $200 mark — median square foot prices crashed to just over the $100 range in 2009 to around the mid -90s in 2010. Prices this year look to have lost another $20 or $30 and are hovering around the mid to low $60-a-square-foot range.

“There is a lot of leasing activity, but there's still a lot of movement downward,” says Doug Meschko, director of research for Land Solution Inc. “The only slight negative [commercial sector] is office. There is still a lot of inventory hanging out there.”

Camille Renshaw, director of investment sales for Collier International Tampa Bay in Tampa, agrees with the numbers, but says that pricing in the Tampa Bay area is somewhat better than the data suggests.

“In general, single-tenant properties are more [price] secure across all property types,” Renshaw says. “Most office transactions happening right now are multi-tenant, which creates some weakness [in the data].”

She and most other brokers point to the economic and job recovery as inalterably linked to an office recovery.

But the market is not without its signs of life. Like virtually every commercial sector, 2011 was marked by additional activity and inquiries, and while many of those talks haven't turned into completed sales or leases it's a improvement from the past two years.

“I describe it as we've got a 12-pound [fishing] sinker on a 6-pound line, and we need our sinker back,” says Elliott Ross, broker of Clearwater's The Ross Realty Group Inc. “We're going to bring it back to shore; it's just going to take time. It's a process.” 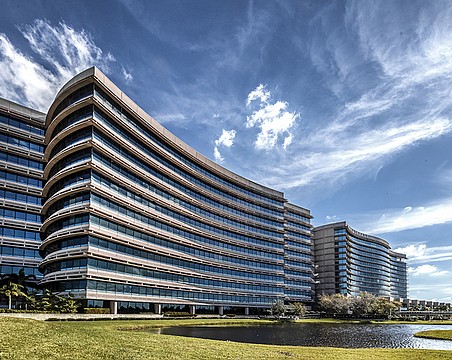 Apartment, office deals in near equilibrium 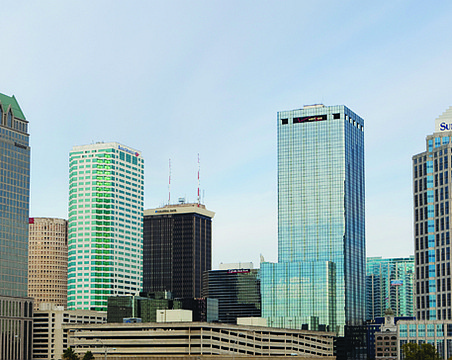 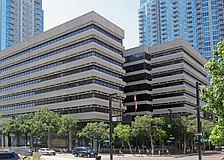 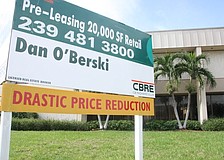