Pinellas Park-based First Community Bank Corp. of America said it will pay the U.S. Department of the Treasury $7.2 million to repurchase stock issued under the federal Troubled Asset Relief Program. It will also repay 72% of its cash assets upon the bank's pending sale to Bradenton-based Community Bank & Co., which was announced in February and is expected to close this summer.

First Community had issued 10,685 preferred shares and a warrant for 228,312 common shares when it received $10.7 million in TARP funds in December 2008. CBM Florida Holding Co. is paying $10 million for the bank, which will be dissolved with its investors receiving 27 to 35 cents per share. 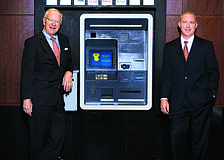