Workers and visitors tiring of the same sandwich, or looking to do shopping in downtown Tampa, will be able to visit the outdoor farmer's market, which begins Friday, Oct. 24, and will run every Friday from 10 a.m. to 2 p.m. in Lykes Gaslight Square in downtown Tampa.

The market will feature more than 20 vendors, selling fruits, vegetables, art, cigars, health and beauty products and other items. There will also be live music. Friday's musician will be singer and songwriter Ricky Wilcox.

The organizers are talking about expanding the market to Sunday as well if the business on Fridays is successful.

Businesses should benefit from some speeded up road projects in Hillsborough County, among 179 that Gov. Charlie Crist is accelerating to help Florida's economy.

The projects include the 10-mile resurfacing of Interstate 4 from 50th Street to McIntosh Road, scheduled to begin in January. Other projects include repaving U.S. 301 from Gibsonton Drive to Bloomingdale Avenue, starting in April; and the ramp replacement east of the Howard Frankland Bridge on northbound Interstate 275, set for September.

The Department of Transportation says its year-long flyover project at Interstate 75 and Bruce B. Downs Boulevard in New Tampa could be finished by December.

Concerns over global credit have affected the bond market, and that is delaying some development and infrastructure projects in the Tampa Bay area.

Tampa, the Tampa Housing Authority and Bank of America planned to offer more than $25 million in municipal bonds for needed roads, sewer and stormwater work, pledging future tax dollars from Central Park's designation as a community redevelopment area. But uncertainty in the bond market has put this on hold. Tampa Heights, the Avenue of Arts and a $55 million pipeline project to resolve long-standing water pressure problems in South Tampa have also been delayed.

Add the Manatee Convention Center to the list of businesses and entities that reported a financial slowdown during the past fiscal year. The convention center, located in Palmetto, just north of downtown Bradenton, went from 320 events staged in the 2006-07 fiscal year to 222 in 2007-08. Despite the drop, convention center officials reported that gross event revenue was only down by about $5,000 over last year, the result of adding more concession fees and amenities to events.

Philip Coon, a former executive vice president with what was Coast Bank, plead guilty to fraud and money laundering charges in criminal accusations that officials say indirectly led to the Bradenton-based bank's demise.

Coon now faces a possible five-year prison sentence, in addition to a $250,000 fine and asset forfeiture.

So far, the developer has made school grants of more than $631,000 since 1990. The programs the developer funds are for those not included in school budgets, such as field trips and scientific equipment.

Naples sales up, prices down

Existing-home sales in Naples rose 50% as the median home price declined 39%, according to the latest data from the Naples Area Board of Realtors.

The decline in the median prices was due to a surge in the sale of homes under $300,000 as foreclosures mount.

The Rural Lands Stewardship Review Committee will meet Oct. 28 to present a full draft report on the future of rural lands in eastern Collier County.

Collier's rural lands have been the subject of battles between environmentalists and landowners seeking development rights.

As the effort to lure the Boston Red Sox to move spring training home to Sarasota fades in near-failure, some local officials have begun efforts to woo another major league team to the area.

The next team in the city's sights is the Baltimore Orioles, who have held spring training on Florida's east coast for decades. The first step was taken during a recent Sarasota City Commission meeting, when commissioners voted to start speaking informally with Orioles officials about the process.

While the city moves ahead with the Orioles, some commissioners and officials remain fixated on landing the Red Sox, considered to be the crown jewel of spring training teams because of their rabid fan base. But the Red Sox effort is currently about $10 million short of succeeding, as the team is requesting a $70 million facility to make a move from their current facilities in Fort Myers work. And Fort Myers is considering an $80 million offer.

Sarasota officials are looking to replace the Cincinnati Reds, who are moving to Goodyear, Ariz. in 2010. 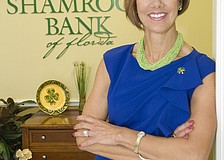