A large-scale residential development is planned for the northwest corner of U.S. Highway 301 and 19th Avenue, which runs along Interstate Highway 75 in Hillsborough County.

"The total development will be roughly 2,200 residential units," said Mark Spada, vice president of land acquisitions at MI Homes of Tampa LLC, the name used for the transaction. Groundbreaking is expected in the third quarter.

Part of the proposed development will require approval as a Development of Regional Impact, Spada said.

"We took 60,000 square feet of office out of retail and plan to sell it as condo-offices," Martin said. "They are now lease offices. We will improve them and sell them to the tenants or other buyers. We will also do remodeling of the retail portions."

The two-story Miramar is a 5,867 square-foot, four bedroom, 5.5 bath home, according to a company news release. When MiraBay is completed in about five years, it is expected to have 1,750 homes. The prices range from the mid-$200,000s to more than $5 million.

Mirabay is being developed by Newland Communities.

as part of a collateral loan

Raleigh, N.C.-based Winston Hotels Inc., a real estate investment trust that specializes in the development, acquisition and repositioning of upscale hotels nationwide, has obtained a $155 million five-year line of credit for a revolving loan from General Electric Capital Corp.

Twenty-three hotels, owned by one of the company's wholly owned subsidiaries, Winston SPE II LLC, collateralized the loan, according to Joseph V. Green, president of the group. A local property, The Holiday Inn Express on Icot Boulevard in the Clearwater-Gateway area, was mortgaged for $15.28 million to secure the loan.

The wholly owned subsidiary paid $4.45 million to the WINN Limited Partnership for the conveyance.

The company borrowed $77.5 million from General Electric and paid off its outstanding $125 million loan from Wachovia Bank, according to a press release.

Approximately $77 million will be used to acquire new hotels, as well as for renovations at existing hotels, Green said.

Amnon Dabach and Ziva Dabach of Azzdva International Fund Inc. bought the mobile home park at 1221 North Valrico Road, Valrico, for $2,150,000. The seller was Suvawinds Inc., whose partners are Rosemarie Adam and Henri Demartell of Valrico and Donald A. Adam and Beverly Adam of Santa Ana, Calif.

Usher Bryn, the attorney who represents the new owners, said no major changes are planned to the 70-unit park.

Georgia-based Euromax International Inc., which specializes in aluminium, steel, vinyl and fiberglass products, has acquired a manufacturing facility at 424 31st St., N., in Lealman for $1.07 million.

Gutter Acquisition Inc., a subsidiary of Euromax International, bought the property, according to Pinellas property records. Michigan-based Gutter Suppliers Inc. was the seller.

Euromax CFO Scott Vansant said the company will operate the 60,000-square-foot facility that manufactures patio and awning facilities. It's too soon, he said, to say whether the company plans to renovate or expand the facility. It is the company's first investment in the Tampa Bay area.

Gary Harrod, founder of Harrod Properties, declined to discuss specifics of the sale. The new owners could not be reached.

• Grady C. Pridgen III of Grady Pridgen Inc. bought a warehouse at 232 Second St., N., St. Petersburg, according to the Pinellas property records. Bill Pendergast and Bob Barnes sold the 13,000-square-foot building for $1.6 million. Pridgen mortgaged the property to the sellers for $1.3 million. Pridgen used the name of Grahar Second Street LLC for the transaction.

• Staubach Capital Partners LLC conveyed its property - a CVS store on North Dale Mabry Highway - to the CVS Corp. For the conveyance, SCP 2004 E-573 LLC, the name used for the transaction, borrowed $6.08 million on behalf of CVS. Wells Fargo Bank Northwest NA was the lender. 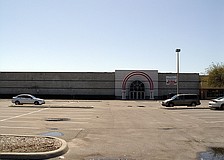