NEW YORK - To Michael Cardozo, the potholes his driver hits on the way to his Law Department office in lower Manhattan are more than road hazards. They are lawsuits waiting to happen.

Cardozo, New York City's top lawyer since 2002, created and oversees a risk-management unit in the Law Department. It works with city agencies to identify and repair hazards like broken traffic lights that lead to personal-injury complaints that cost New York $558 million - half the fire department's budget - in fiscal 2003, a 51% increase compared with 1999.

"In my 35 years of legal experience I've learned that the best case is the case not brought," said Cardozo, 62.

In more than three decades at New York's Proskauer Rose LLP, he built its sports-law practice, defending the National Basketball Association in its labor dispute with players in the 1970s.

Cardozo is now pursuing other initiatives, such as suing Internet sellers of cigarettes and foreign governments for not paying taxes, to bring revenue to the city. In the last two years New York has raised taxes by more than $3 billion and cut spending by an almost equal amount.

"Mr. Cardozo is clearly driven by the city's attempt to cash in and obtain revenue wherever it can," said James Bikoff, an attorney with the Washington, D.C., firm Silverberg, Goldman & Bikoff, which represents 10 of 16 Internet companies named in three complaints. "It's the only municipality I know of that has brought suits of this type."

Cardozo, who was president of the 22,000-member New York City Bar Association between 1996 and 1998, runs the largest municipal law office in the world. Its 650 attorneys handle 90,000 cases a year, including about $9 billion in Sept. 11 claims mostly from rescue and clean-up workers who say they developed lung diseases breathing toxic smoke without proper protection.

The Law Department head's attempt to limit the city's payout from the Oct. 15 Staten Island ferry crash, which killed 11 people on board when the boat struck a pier, has drawn criticism from attorneys representing passengers.

In December, Cardozo asked the U.S. District Court for the Eastern District of New York to invoke a 19th century maritime law that limits liability to the vessel's value, in this case $14.4 million. Claims filed against the city seek $2 billion in damages.

Cardozo is "all business, no compassion," said Anthony Bisignano, an attorney with the Staten Island firm of Bosco, Bisignano & Mascolo, which represents 30 ferry passengers suing the city. "His main worry is the public purse, not the private citizen."

The maritime statute, written to address shipwrecks at sea, has never been cited in a case involving a ferry boat in a harbor, Bisignano said.

Later in December, through letters and public statements, Cardozo told more than 90 claimants that they would get more money by settling with the city. None of Bisignano's clients has settled, he said.

Jim Quinn, an attorney at Weil Gotshal & Manges LLP in New York, disputes the characterization of the city's top lawyer as compassionless. During a court battle in the 1970s in which Quinn represented the NBA Players' Association in a lawsuit against the NBA, Cardozo supported Quinn's request for an unlimited delay in the proceedings after his father died.

"I still remember his voice 28 years later," Quinn said. "We were advocates and adversaries but he still reached out to me on a very human level. I found it very unusual."

Cardozo lives in midtown Manhattan with his wife, Nancy, with whom he has two daughters. Cheryl, 33, is a freelance writer; Heddy, 36, is a social worker.

Cardozo wanted to be a lawyer since high school, he told the Columbia University Law School Alumni magazine last year. He had a role model: His grandfather's first cousin, Benjamin Cardozo, was a U.S. Supreme Court justice from 1932 to 1938. Like the justice, he attended Columbia's law school, where he edited the Law Review and graduated in 1966.

In 1967, Cardozo went to work at Proskauer, which now employs more than 590 lawyers. He rose to senior partner in the litigation and dispute resolution department. In response to the Players' Association complaint, Cardozo in 1975 helped establish the league's reserve clause, which restricts the rights of players to become free agents.

"He helped to define the structure of the modern day sport league through the establishment of legal principles governing labor and ownership disputes," said NBA Commissioner David Stern, a former law partner at Proskauer. "He's been critical to the work that in 25 years has taken the NBA from a $118 million a year business to gross revenue of about $3 billion this year."

Cardozo said he decided to leave Proskauer, where the average compensation for senior partners is more than $1 million, to take a $160,000 job for the city after the Sept. 11 attacks. "I wanted to give back something to this city that has been so good to me," he said. "And then there's the variety of legal issues we deal with that cut across every aspect of city life."

He began assembling the risk unit in early 2002 after learning that five of the city's 30 departments - transportation, education, police, parks and sanitation - were the targets of about 75% of the litigation and judgments against New York. The $558 million payout from lawsuits in 2003 was five times what the city spent on libraries and 1.3% of the city's $43.6 billion budget.

Cardozo modeled the unit after the police department's Compstat program, which since 1993 helped reduce crime by almost 70% using computerized mapping of incidents throughout the city. With six lawyers and an information systems manager, the Law Department team works with city agencies to collect and analyze data on a computer network about where lawsuits originated and why they are filed.

The city's top lawyer said it's too early to tell if the unit, which has operated since late 2002, has reduced the number of personal-injury complaints. For the first quarter of the current fiscal year, the city disposed of 3,170 cases and paid out $142 million, 278 more and $5 million less than the comparable period last year.

"I can't give you a cause and effect that there are now fewer lawsuits, because not that much time has elapsed," Cardozo said. "Sometimes people resist change. But when we explained it to the commissioners that this was one way of focusing on the issues, they understood it."

City departments cited only a few examples of repairing hazards at the Law Department's urging.

The transportation department has analyzed slip-and-fall lawsuits to prioritize specific locations for sidewalk repairs with the $20 million annually appropriated for such work, said Steven Levi, who heads the risk management program for the Law Department.

Cardozo helped persuade city council members in July to enact a law holding landlords, not New York, liable for sidewalk accidents, which cost the city about $40 million a year. The law reduced sidewalk claims against the city by 65% in the first three months since it went into effect Sept. 16.

"It had been on the list of every previous Law Department head in the past two decades," said Ross Sandler, a professor at New York Law School who has monitored the Law Department for more than 10 years.

Parks Department lawyer Alessandro Oliviero said that last summer the agency roped off a number of trees in danger of falling in parks throughout the city, after one fell and killed a visitor to Van Cortlandt Park in the Bronx during a thunderstorm. The agency also posted signs at a waterfall near the Bronx Zoo where a young man drowned in 2002.

"It's the first time the Law Department has been helpful in working with our agency so we can act to prevent this death from a thousand cuts that the city suffers," Oliviero said.

In January 2003, the city filed suit in U.S. District Court in Manhattan against Internet cigarette sellers, including cheapsmoke.com and cigs4cheap.com, for not paying city sales tax. City attorneys are using a civil provision of federal racketeering law that would provide triple damages, or about $15 million, should the city prevail.

Attorney Bikoff said all of his clients pay tax in the states where they operate - Kentucky, Virginia, North Carolina, and New Mexico - on both online and offline store sales. "This was a statute intended for organized crime, and this is not organized crime," said Bikoff, who has filed three pending motions to dismiss.

In September, Turkey agreed to settle its part of the $7 million suit for $5.1 million.

Robert Kandel, an attorney with the firm Kaye Scholer LLP in New York who represents India, the Philippines and Mongolia, said his clients didn't intend to settle. "Our position is that these are sovereign nations that enjoy certain privileges and treaty rights," he said.

In court papers, Kandel said the defendants used the properties to house United Nations and consulate officials, a purpose that should make them exempt from taxation.

"Suing foreign governments, that's pretty much an offensive move," Cardozo said, drawing on his years as a sports attorney. "It's also playing defense because we hope it will deter other governments from not paying taxes." 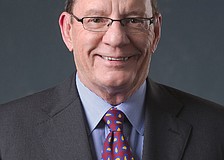