Add in friends, food, drinks and music, plus a dockside setting, and you've created a destination. At least that's the no-rush, no-worries setting Hoffman and his partners at HGH LLC envision for Gather, a smallish waterfront restaurant and bar that seats about 65 patrons HGH will open in October.

Situated aside the Caloosahatchee River at Cape Coral's Tarpon Point Marina, Gather aspires to be a waterfront draw for laid-back mingling. Hoffman says it will be the kind of place he noticed Cape Coral was missing when he and his wife, Meredith, and business partners Benjamin Voisin and Valeria Zanella Voisin started in the restaurant business on the Cape two years ago.

“It was lacking a place to hang out in comfortable chairs and relax for long periods of time,” says Hoffman, a Bahamas native who has co-owned the 19-room Montpelier Plantation & Beach on Nevis for 15 years.

Hoffman and his partners first opened Fathoms Restaurant & Bar at Cape Harbour Marina. A short time later they acquired The French Press coffee and European-style pastry shop there. Fathoms, in space formerly occupied by The Joint, seats 130 with tables both inside and out. The menu offers seafood, steaks and international cuisine. It has live entertainment several nights a week.

More recently, Hoffman got his opportunity to add a small venue, when space opened in the former home of an Italian restaurant at Tarpon Point Marina, east of Cape Harbour.

Gather will have plenty of company at Cape Harbour, a waterfront development home to more than 200 boat slips, the Cape Coral Westin Resort, three 14-story luxury condominiums, a lengthy lineup of restaurants and shops and a planned 35,000-square-foot convention and conference center.

Gather's menu will range from small-bite appetizers to full entrees, Hoffman says. “I want to have a little bit of everything on the menu,” he says.

The setting and its seating for several dozen people will be quieter and have less-constant motion than the larger Fathoms. Oversized leather sofas will be both inside and out. The setup also includes card tables and space at the bar to “just chill out,” Hoffman says.

“It's going to have a buzz,” he promises, with “music playing, a comfortable atmosphere with good drinks and good food.”

Boaters can tie up in front of Gather “and come on in,” he adds.

The idea is to meld the bar and restaurant into one element, Hoffman notes.

The melding includes serving breakfast and the European-style pastries that have made The French Press a popular destination, says Valeria Zanella Voisin, an HGH partner and wife of Fathoms chef and HGH partner Benjamin Voisin. “We're going to have food any time of the day,” Valeria Voisin says. “We're changing the bar and the whole atmosphere.”

Cape Coral was an unknown entity to the Hoffmans when they arrived in Florida. They came to the city out of a need for quality schools for their three children, and soon persuaded the Voisins to join them. Benjamin Voisin was a chef at Hoffman's Montpelier Plantation & Beach, where Valeria Voisin was director of reservations.

“I had to figure out what I was going to do from a career point of view,” says Hoffman, a dive instructor in the Bahamas and the Florida Keys before he entered the hospitality business.

From scouting the area, Hoffman says he found Cape Coral had 400 miles of canals and fewer than 10 restaurants on the water. “Cape Coral was lacking in proportion to waterfront restaurants,” he says.

With Fathoms, the Hoffmans and Voisins have moved passed the 12 to 24 months of hiccups typical in a restaurant startup. Says Tim Hoffman: “We're less surprised by what happens on any given day.”

Hoffman is also convinced he and his partners came to Cape Coral at just the right time.

“I think we learned with this first venture that Cape Coral is changing,” he says. “It is much more responsive to new things. The old saying, 'You can't do that on the Cape' doesn't exist anymore.” 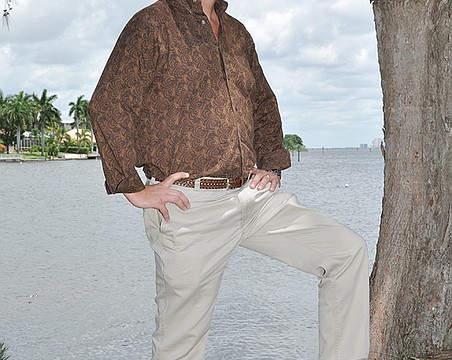 Back in the cape 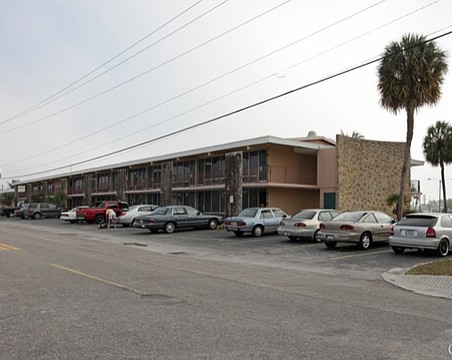 New waterfront restaurant in the works 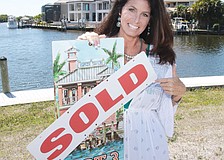 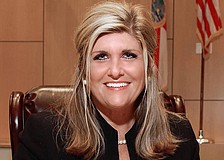 Cape out of coma 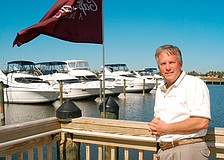