A team of scientists and researchers set out to discover the impact that Hurricane Ian had on coastal life.

Key takeaway: A team of Florida Gulf Coast University researchers discovered sea life has been turned upside down (and covered in sand and mud) since Hurricane Ian passed through.

Core challenge: Trying to figure out where sample stations and instruments like sediment traps had wandered off to, but even something as simple as seeing their own hands proved difficult at times.

What's next: Uncovering samples the team took on the voyage to look for red tide and what the water quality is like

The damage Hurricane Ian caused goes beyond what we can see on land. Consider The Water School at Florida Gulf Coast University in Fort Myers.

The school, like so many other structures in Southwest Florida, both big and small, was negatively affected by the storm. Vester Field Station, its main research station, in Bonita Springs was damaged, for example. FGCU officials predict it won’t be usable again until next summer. The Water School at FGCU researches climate change, natural resources, ecosystem health and well-being, restoration and remediation and more.

In response to the damage, Puspa Adhikari, an assistant professor of marine sciences at FGCU, came up with a novel way to recover the school’s other deployed instruments as well as collect post-hurricane samples: a seven-day research voyage.

The voyage, costing between $8,500-$12,000 a day, took off on the W.T. Hogarth, a 78-foot research vessel, thanks to a partnership with the St. Petersburg-based Florida Institute of Oceanography (FIO) and the Sanibel-Captiva Conservation Foundation (SCCF). The trip lasted Oct. 18-25.

The voyage has two main goals. “To try to revisit sampling stations and recover sampling gear,” Adhikari says, “and collect additional samples and see how the water quality was.”

In addition, given how important water and the coastal economy is to Florida, research in the field, or, in this case, on the water, is critical to help understand and predict situations such as red tide.

Looking at past tropical storms and hurricanes, the seven FGCU researchers and SCCF scientist onboard wanted to see how the nutrients of the ocean had changed. Adhikari was expecting it to be in similar conditions to in 2017 after Hurricane Irma, noting a horrible year of red tide blooms. He was correct.

“It was like a bomb went off underwater,” says James Douglass, associate professor of marine science in The Water School at FGCU and one of the researchers on the voyage. “Areas that had been reefs were just sand and mud plains.”

Douglass has been on similar, albeit smaller, research trips before, including trips to sites visited during the most recent voyage. The changes he noticed were like night and day.

Some of the weaker organisms that had clung to rocks before had been scrapped off and the water quality was anything but clear.

“There was a dramatic difference in the clarity of the water,” he says, noting in some places he could hardly see his hands in front of his face. The team brought back water samples to find the murky water contained sediment, tannins from rivers and swamps, and microscopic algae from chemical nutrients.

They’ve already started receiving some of the data from collected samples, but not every sample will be so quick to uncover. The red tide analysis, a big part of the trip, has already been sent to the Florida Fish and Wildlife Conservation Commission. Douglass says it’ll take a few days to find out anything conclusive.

However, just in the seven days of being in the water, the team already saw a reappearance of red tide — exactly what they were hoping they wouldn’t find. The red tide blooms normally kick off in the fall, and though not confirmed, hurricanes are suspected of playing a role. Between heavy rainfall and flooding, land-based nutrients run into coastal waters, which blooms feed on.

“It’s just the beginning,” Douglass says, noting the coast should expect to see a lot of ups and downs with algae blooms in the next year as well, as the low oxygen levels that accompany the blooms.

There’s a longer backlog for other samples of nutrients and toxins, which could take several weeks to learn about.

“The reason people live here is the joys of coastal life,” Douglass says. From finding shells on the beach to swimming in the water, the state may not have as much draw without it.

A big takeaway the team brought back was the “chronic pollution problem” apparent even before Ian is now worse. “The hurricane shook that up,” Douglass says. In turn, the appearance and safety of the water for months, and maybe even years to come, is in danger.

Furthermore, Ian stirred up a lot of shells. So while right now beachgoers would have a successful shelling trip, there might not be as many in the future. Douglass says the same could be said about fish.

Each day, the team spent time in the water collecting samples. With the help of a dive safety officer, they safely performed two to three dives of less than an hour each day. Any more than that and it would have become unsafe.

“It was an overwhelming amount of complex work,” Douglass says. “It felt really good to be a part of a focused team.”

He says everyone was in good spirits, aided by an on-board chef who prepared three hot meals each day. On the flip side, there were a few moments of some people getting seasick.

“Even though what we were seeing wasn’t pretty,” Douglass says, “it was important to document that and study it. It’s a mark in the book to see how things are recovering.” 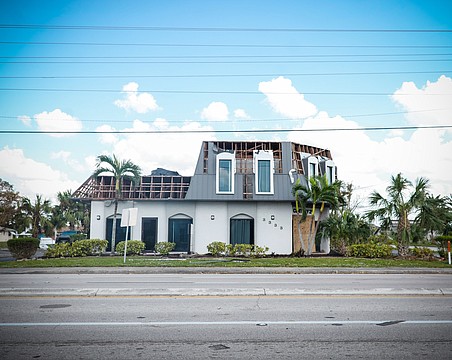 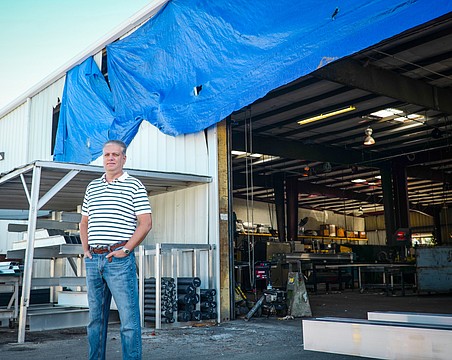 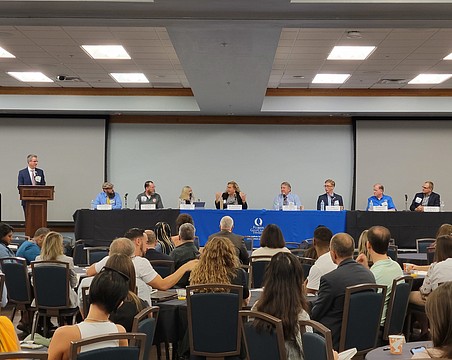 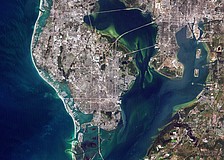 Big shift in thinking about red tide cause 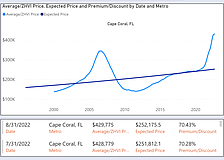 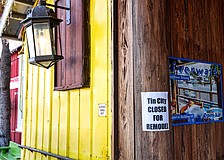 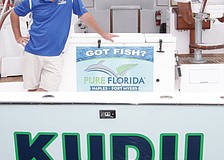 Fishing for profits after a red tide downturn 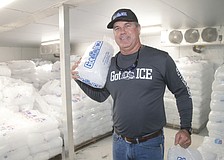 Making ice in a pinch