As retail struggles to find the new normal, one mall remains strong despite the headwinds

Two decades in, Tampa's International Plaza has found a niche for itself and is thriving, as other malls consider a perilous future.

On Sept. 11, 2001, as the nation dealt with one of the most difficult and shocking moments in its history, a mall was scheduled to open in Tampa.

This was International Plaza. It would eventually become a destination, attracting both tourists and locals. But on that day, with the horrific news trickling in from Manhattan and Washington, D.C., and, not much later, a field in Pennsylvania, there was nothing to be happy about.

“We were pretty much in shock with everyone else in the country,” Aj Jemison, general manager at the time, told local media that day. “There’s nothing to celebrate right now.”

Despite the delayed and inauspicious start, International Plaza has become one of the premier shopping destinations in Florida, rivaling centers in Miami and Naples for the number of luxury retailers on its roster. In its two decades of existence it has become a must-see destination for tourists, who, mall officials say, make up 50% of its clientele.

And, in an era when the death of shopping malls is wildly and loudly proclaimed, it still manages to attract, on average, about 19 million visitors annually.

So why is this? Why does this mall, in a time where e-commerce is king, where brick and mortar retailers are closing in droves, continue to be such an attraction?

'It’s not a secret that it is a destination for Tampa’s and, really, west central Florida’s, elite.' R. Christopher Jones, a professor of economics at the University of South Florida

The easiest way to answer the questions is this: International Plaza is not your average mall. You aren’t going to see shoppers lining up for doorbuster sales on Black Friday, and you aren’t going to find an arcade, Hot Topic or Spencer’s Gifts.

This is the type of mall that rather than attract groups of teens who’ll stroll along the corridors, it instead brings in world class athletes looking to pick up a little something at Tiffany & Co.

But, if you ask current General Manager Gary Malfroid the question, he’ll tell you that along with the wide range of offerings, there is a much more fundamental reason why International Plaza continues to be an attraction: “People like to interact with people, and that’s what shopping malls give you,” Malfroid says.

“You can’t get that interaction online, you only can get it in person. I always look at it this way: you don’t buy all these nice clothes to look at yourself in the mirror. You’ve got to go out so someone can see them.”

Assortment is the niche

Malfroid has managed the property for 15 years —  a considerably long tenure for mall GMs at one spot. In addition to connections, he credits the mall’s success both to a wide assortment of retailers and to Bay Street, a restaurant row of sorts on the mall’s west side.

In all, International Plaza has 1.19 million square feet of gross leasable space, which includes the 125,000-square foot outdoor plaza. Mall officials say there are over 200 stores and 15 restaurants and that the mall is currently at “maximum occupancy.”

Mall officials decline to disclose current sales data. As recently as 2016, International Plaza was one of the top malls in the country by one metric, with an estimated $925 in sales per square foot, according to a report from research firm Green Street Advisors. And in 2019, the mall's then-owner, Taubman Centers, posted average sales per square foot of $972 among its 21 U.S. malls. (Taubman still owns the mall, though mall industry giant Simon Property Group acquired 80% of Taubman in late 2020, in a $3.4 billion deal.)

Walking through the mall on an early Tuesday afternoon in late September, meanwhile, shoppers filled the corridors on both floors and the shops were busy. Several storefronts were boarded up as retailers, Gucci and Lululemon among them, were in the process of expanding and several others prepared to open, including Yves Saint Laurent.

Malfroid says the mall provides the perfect mix of high-end luxury shops with stores the average shopper looks for. He believes this is a big draw, that the mall can attract shoppers across nearly every economic demographic by offering stores and experiences they can’t get elsewhere.

And he may be right.

Trend. Despite the rise of e-commerce, the mall has remained viable and become a destination in its 20 years

Yes, the mall counts Neiman Marcus, Louis Vuitton, Breitling, Tiffany and Co. and Tory Burch as tenants. But it also has a Gap, Abercrombie & Fitch, Dillard’s, H&M and Foot Locker. And while The Capital Grille is on Bay Street, there’s a Chick-fil-A in the food court.

You can see the two faces as you walk the mall, with the higher-end luxury stores close to one another and pockets of the more standard fare.

Malfroid says that’s by design and largely driven by the market. Tenants, he says, like to be around other tenants that sell similar products for competitive reasons.

Because of the mall’s design, it’s store offerings and the Bay Street component, he says “it truly (has) become the one stop shop.”

“You can do everything. You can spend a day here,” Malfroid says. “What we hear a lot is, if it rains at the beach, the beach empties into International Plaza.”

Rich is the niche

R. Christopher Jones, a professor of economics at the University of South Florida and president and chief economist of Florida Economic Advisors, says the the real secret to International Plaza’s success is a large part of economics 101: it carved a niche for itself and that niche is not aimed at the average shopper,

“It’s not a secret,” he adds, “that it is a destination for Tampa’s and, really, west central Florida’s, elite.”

Jones, unlike Malfroid who sees the mall as a utilitarian shopping mecca, says the mall caters to those shoppers who are in the upper 10% to 15% of the buying public. These are shoppers who are less sensitive to cyclical economic changes in the marketplace. That means when other malls are dealing with the aftershocks of a recessions or downturns in the economy, International Plaza doesn’t feel the full brunt.

Because of the types of high-end luxury stores the mall counts at tenants, it attracts prominent and wealthy individuals, including executives, athletes and entertainers. And this type of clientele demands a specific level of product and service that is just not available at other area malls.

“For that wealthier segment of the retail buying public, the shopping experience goes beyond simply finding the commodity or service they can get at the best value for the dollar,” Jones says.

“They are looking for personal service and attention in the choices that they make. At the upscale stores in International Plaza, the sales associates are trained to specifically work with this exclusive clientele base to be, in effect, their personal shopper.”

That same level of service is simply not available at garden variety retailers, whether that's Amazon, Walmart, department stores or malls targeted at average income shoppers, he says.

The future is the niche

Whoever the average International Plaza shopper is — common citizen or wealthy shopper — the mall’s niche allows it to offer people something they can’t get anywhere else. And that is the critical lesson for retailers if they are going to survive in a fragmented market.

The simple fact, experts say, is in this day and age, when shoppers have so many online options, it’s not enough to simply stock shelves, buy advertising and wait for people to show up. Brick and mortar retailers must find a way to offer a value proposition, a niche, that will give shoppers a reason to come out. The alternative is facing the same fate as some of retail’s once best-known names — Kmart, RadioShack, Sears, Circuit City.

Many retailers have turned to omnichannel strategies to reach customers in whatever marketplace they prefer. Others have turned to a hybrid model, where customers buy online but pick up the product at stores. And then there are others that sell the type of product consumers just can’t — or won’t — buy online.

Doug Stephens, founder of the website Retail Prophet, sees a time when “brick and mortar stores will be used more as galleries, showrooms and event spaces.”

“We’ll rely on physical retail for only the most convenience-based products and items requiring more physical consideration, like fresh produce, for example,” he says in the National Retail Federation’s “2020 Hot 100 Retailers" report.

Malfroid’s mall has grown up nearly side-by-side with e-commerce — but he doesn’t see it as a threat. He believes e-commerce and brick and mortar will and do work hand in hand, that people who buy an item online will pick it up or return it to stores and that there are still certain items people will want to see, feel and touch before buying. “There’s a place for both and I think people have figured that out,” Malfroid says.

“But I still think, and I truly believe, that we are social people," he adds. "We want to be out to see each other. We want to get out and walk around and talk and share experiences. And you can’t do that online.” 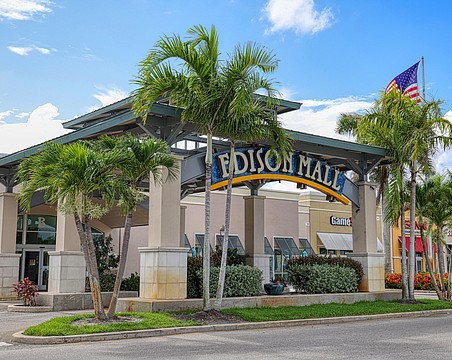 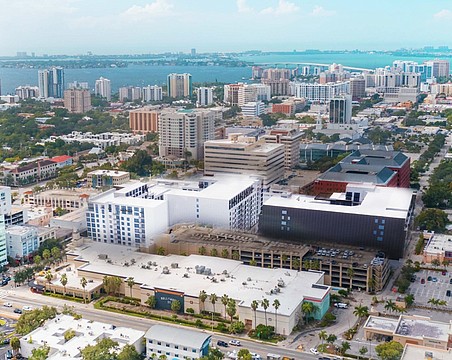 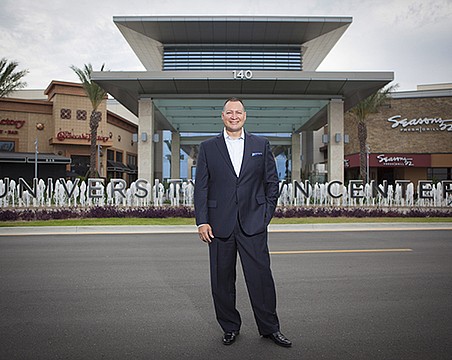 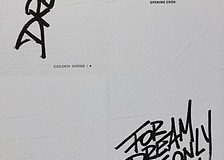 Despite news of retail gloom, mall is adding and expanding stores 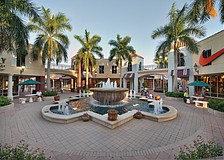 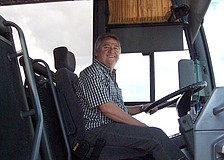 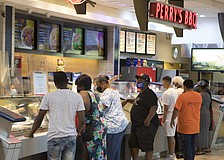 International Plaza fills in the Gap(s)