Tampa has cracked a list of the top 20 U.S. cities for IT workers.

CompTIA, an Illinois-based trade association for IT professionals and companies worldwide, has validated Tampa’s ascent to prominence as a leading U.S. tech hub.

The organization’s second annual Tech Town index, a ranking of the nation’s 20 best cities for technology workers, lists Tampa at No. 19. The city did not appear in last year’s index.

“It’s no surprise to me Tampa ranks in the top 20 on this list,” Tampa Mayor Jane Castor states in the release. “Tampa is a city on the move, a city full of visionaries, entrepreneurs, innovators and some of the world’s most creative thought leaders. Our robust talent pipeline, low cost of living, diversity and vibrant social scene makes Tampa a top city to attract and retain some of the best and the brightest.”

Austin, Texas, holds the top spot in the 2019 Tech Town Index. Raleigh, N.C.; San Jose, Calif.; Seattle; and San Francisco round out the top five. Tampa ranks just behind Jacksonville and just ahead of Baltimore.

CompTIA, in the release, praises Tampa for its robust tech job growth, saying the city’s employers posted nearly 43,200 IT positions in 2018. Tampa tech-sector jobs are expected to grow by 6% over the next five years, the report adds.

“Companies like Citi, Verizon and WellCare are hiring in Tampa and local IT talent can expect to make a median salary of $79,553 a year,” CompTIA states in the release. “The cost of living is slightly higher than the national average — just 2.3% higher, to be exact. When adjusted for cost of living, Tampa edges out Jacksonville in terms of getting more bang for your buck, and it is home to some of the most beautiful beaches in the state.” 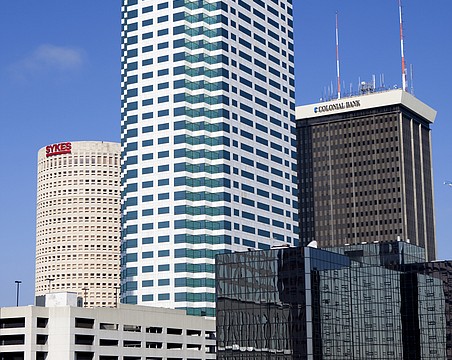 Tampa beats back all comers in key business relocation metric 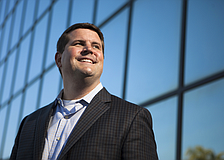 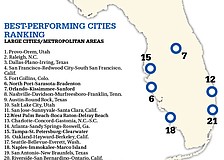 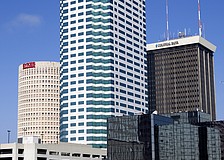 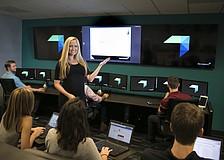 What They're Saying: CBRE Group