Hope Healthcare envisions that its planned 46-acre development in Fort Myers will cluster together various medical-related uses when completed three years from now.

Hope Preserve, as the project will be known, will contain a 24-bed hospice house for end-of-life patients; a 96-unit assisted-living facility; and 28 beds for specialized memory care, on a site at the intersection of busy Ben C. Pratt Six Mile Cypress Parkway and Metro Parkway.

An adult day care and therapy center for up to 185 adults and a child day care offering for up to 135 children will also be included, together with another 160,000 square feet of medical and other office space that could become the new corporate headquarters for the hospice and palliative care provider.

In all, the health care components will be valued at about $30 million.

Hope Healthcare officials say the project is intended, as well, to complement a planned $315 million expansion by Gulf Coast Regional Medical Center that will add 275 beds to the existing hospital, located less than a mile away, when completed in 2021.

But what will truly differentiate Hope Preserve in Southwest Florida is that it will be among the first medical-related projects to incorporate retail, hospitality, residential and other uses into its design.

“People don't live in silos, so we think it's beneficial for everyone to have a mixed-use environment,” says Dr. Samira Beckwith, Hope Healthcare's CEO.

“Today, people want things to be more reachable, like in a big neighborhood, and health care is becoming more that way, too. Things are much more integrated,” she adds.

At Hope Preserve, that integration will include 92 apartments — including 20 units set aside for employees -- a 40-room hotel and 134,000 square feet of commercial, retail and storage space.

The project will also be accented with a scenic lake, a boardwalk and architecture reminiscent of the West Indies.

“It's becoming a more desirable corridor than it ever has before,” says Thibaut. “For years, this area has been marked by slower growth, but over the past 12 months, especially, there's been exponential growth over various sectors, and now, this site is perfectly situated to take advantage of the momentum that's been building.”

Thibaut notes that in addition to the new hospital, a Whole Foods Market-anchored shopping center is under construction nearby, and the site is also in close proximity to the Minnesota Twins' spring training facility and other major businesses, such as an Arthrex distribution center.

To market the property, Land Solutions and Hope Healthcare have created eight parcels, ranging in size from 1.2 acres to 4.2 acres and being offered for sale at $12 per square foot to $19 per square foot.

In all, the tracts collectively could fetch roughly $12 million, according to an offering memorandum for the property.

Beckwith says those sales will offset development costs Hope Healthcare will incur with a project of such a large magnitude.

“We're anticipating at build out a large-scale medical office building, and a roster of premium retail tenants that want to benefit from the visibility that being on Ben C. Pratt provides,” Thibaut says. “Based on current traffic patterns with U.S. 41 and Interstate 75, we think accessibility will be a key to this project's success.”

Infrastructure work is underway now to make each of the eight commercial parcels “pad ready with utilities in place,” the memorandum notes.

Beckwith says the 14720 Hope Center Loop Road project will be the culmination of years of planning — Hope Healthcare bought the property in 2010 — and growth. Its first hospice house debuted in 1994, with just 16 beds. Today, the nonprofit cares for 4,000 patients daily.

“We've known for years that the community wants and needs a hospice house near Gulf Coast Regional,” Beckwith says. “So this has been part of our long-range planning for some time now." 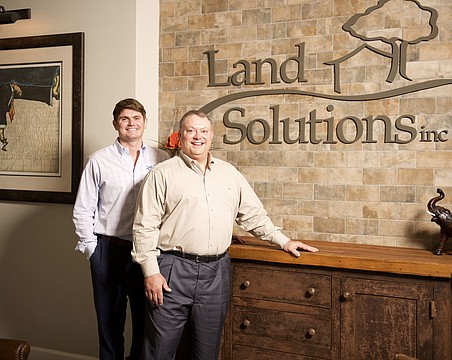 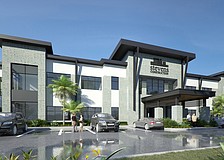 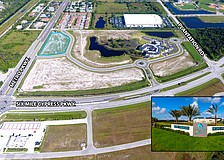 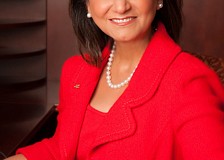