It took eight years of marketing, but Michael Saunders & Co. commercial agent Lee DeLieto Sr. has closed on the sale of an eight-acre tract in downtown Sarasota that was the city's most infamous casualty of the past decade's economic recession.

With its purchase, David Weekley Homes intends to build 135 townhomes and other residences on the site, now occupied by a derelict former Scotty's home improvement store and other warehouses.

The Houston-based company, the nation's largest privately held homebuilder, paid $8.3 million for the land, which a decade ago had been slated for as many as 460 homes. David Weekley intends to connect the property to the city's Payne Park nearby with pedestrian-friendly elements.

“This will make the park more viable, help the nearby Towles Court retailers, and possibly add some more food vendors to the surrounding area,” says DeLieto, who brokered the sale to Weekley with his son, Lee DeLieto Jr., who is also a Saunders' commercial agent.

“I think it's going to help revitalize the whole neighborhood.”

David Weekley, which has been working to buy the property since last fall, is expected to begin construction on its roughly $65 million project later this year. Residences, which are expected to be priced between $300,000 and $600,000, will likely be completed in the second half of 2018.

Another two-acre parcel adjacent to the David Weekley site will continue to be owned by Quincy Real Estate Holdings LLC, a group led by developer Ron Burks.

In 2005, Burks proposed a series of seven-story residential buildings on the site that drew the ire of neighborhood residents. Burks' plan stalled amid the recession that began officially in 2009. Burks' longtime companion and DeLieto's broker, Michael Saunders, also is an investor in the property.

The two-acre parcel is zoned for commercial space, including either a 100-room hotel or 62,000 square feet of office space.

The sale also comes as a developer has proposed building 225 apartments on the Ringling Shopping Center, a 10-acre site adjacent to the land David Weekley has acquired. 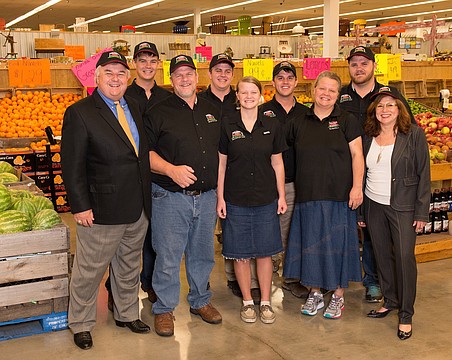 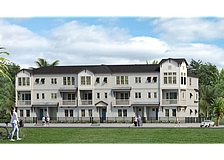 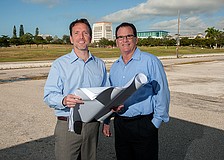 The art of compromise 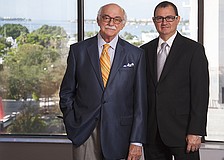