The lure of getting back into home contracting services was too powerful for Jim Abrams.

The latest entry for the longtime entrepreneur and franchise expert, formerly with Clockwork Home Services, and before that Weight Watchers and several other entities, is Praxis S-10 — college for contractors. The venture, a combination of in-person sessions and online classes, is designed to bridge the gap between technical skills in the field and business acumen.

“We will provide real-life strategies on how contractors can overcome challenges,” says Terry Nicholson, a longtime business partner with Abrams, who is heading up Praxis S-10. “We teach what's not taught at contracting school.”

Praxis S-10 has set up education days, what it calls Success Days, for September and October in five cities nationwide. Orlando, Dallas and Las Vegas are among the locations. The sessions are free, but to move ahead, a contractor must purchase a Praxis S-10 territory, which becomes exclusive to that company. “This is tailor made for the small contractor who wants to make a lot of money,” Nicholson tells Coffee Talk, “but not necessarily get humongous.”

Nicholson, Abrams and a third business partner, Jimmy Hiller of Nashville-based Hiller Plumbing, Heating, Cooling & Electrical, have invested more than $2 million. The curriculum comes mostly from Abrams, says Nicholson. Clockwork grew from $59 million to $182 million in annual sales from 2005 to 2009 under Abrams, the Business Observer's Entrepreneur of the Year in 2008. “Jim is a real innovator,” says Nicholson. “I consider him the Dale Carnegie of HVAC.”

More recently Abrams, with Nicholson in a lead role, founded Fyzical, a physical therapy franchise operation. The company has gone from startup in 2012 to $80.3 million in sales last year. “We are experiencing major growth,” Nicholson says. “There's a lot of momentum going on out there.” 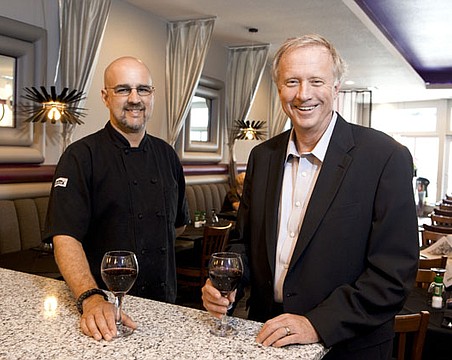 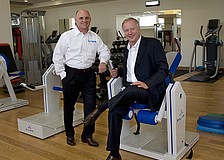 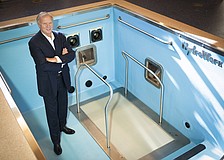